/Enter into a large room, complete with fireplace and full of rich mahogany. In the corner in an over-sized smoking chair lays a white "rally towel". This towel was no ordinary towel, it had clearly been swung many times, and it smelled like money and Cognac. 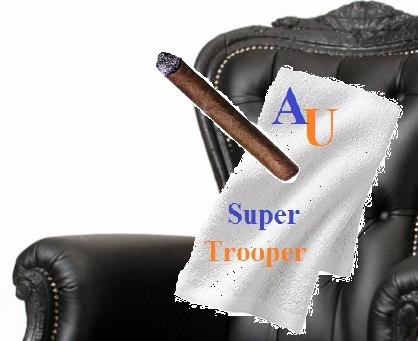 Oh hello there friends and welcome to my humble abode. You might know me as Trooper Taylor's rally towel, but you can call me by my real name, Francis. Ah Trooper and I have seen some times together, but don't let me jump to the end of the story right here at the beginning. Let me take you back to when Trooper and I first met.

The year was 1989 and our friend Trooper was a young defensive back at Baylor University. Besides the usual college athletes interests in women, beer and at that time, break-dancing, Trooper showed an elevated interest in waving things above his head. Towels, keys, small babies; really anything Trooper could get his hands on in college he would attempt to wave over his head.

I was starting out my first gig as a hand towel for some frat guy at the Eye Felta Thi fraternity house. I'll admit it wasn't the most glamorous starting gig, but I was just happy to have a job. Late one fall evening after one of the few Baylor wins, Trooper stumbled into the room I was staying in drunker than a skunk and about to make whoopee with some young lady. After they finished 30 seconds later and the young lady left the room cursing Trooper, he began looking for something in the room to wave above his head. Some people smoke after that activity, some people get chatty. Trooper waves things above his head. As he became desparate in his search for a waving vessel he turned to the corner of the room where I there sat. It was fate, and from our first wave together that night, me and Trooper have had something special.

Since that fateful night in Waco I've worn many faces: Baylor, Tulane, Tennessee, even Oklahoma State. Here's me back in those Okie State days, man was I skinny. 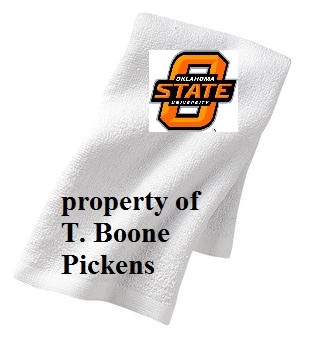 No matter where we've gone together, Trooper and I still wave like crazy each and every time we hit that field on Saturday's. For me, there's no better feeling than to make 20-30 revolutions above Troopers head before the 4th quarter of a game, or when Trooper finished watching How Stella Got Her Groove Back for the 100th time. Sure I've made sacrifices for Trooper along the way. When we came to Auburn in 2009 everyone was required to buy into the "All In" mentality, even me. 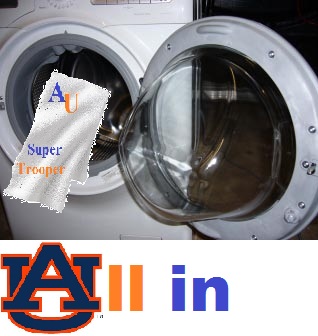 Have their been questions raised while we've been at Auburn? Sure there have been. Am I the Bag Man people ask? No, no I'm not. Does Trooper know the Auburn fight song? Ah, he mostly hums it. Have I considered going pro? Yeah I considered it last year but Cam ditched me for a Ralph Lauren towel at the last second because "the thread count was just too good to pass up."

No matter what life or football or rain or variations of wind speeds may throw at Trooper and I, we'll always keep on waving. 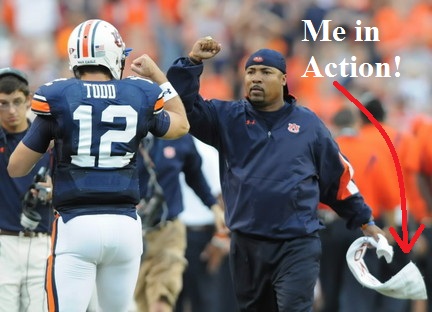 And please stop asking if I even go in the restroom with Trooper. What kind of towel do you think I am? Certainly not like my third cousin down at Ole Miss. 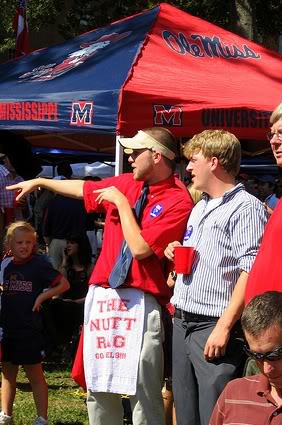 Good day everyone, and thanks for stopping by to get to know ole Francis better! And hey, if you see Trooper before I do, tell him Danny Sheridan say's we can play Madden at his house tonight son!