What would happen if SEC teams put corporate logos on jerseys?

We probably won't see corporate jersey sponsorships in the SEC anytime soon, but that doesn't mean we can't imagine what they would be.

Share All sharing options for: What would happen if SEC teams put corporate logos on jerseys?

Earlier today, Manchester United unveiled new uniforms featuring a giant Chevrolet logo. Despite corporate logos on soccer jerseys being common for some time, they still have not made their way into America's biggest professional sports leagues, let alone college sports. The never-ending corporate sponsorships in college sports are already alienating many fans, albeit not enough to stop them from attending and watching games. With that in mind, it will probably be a while before a conference or school is shameless enough to put a corporate logo on team jerseys -- with the exception of Adidas, Nike and Under Armour.

Can someone smarter, funnier and better at photoshop than me mock up all the SEC schools' jerseys with massive corporate logos?

We at FWtCT tried to pair each school with its most likely corporate jersey sponsor. All Photoshop jobs, except for the Alabama jersey, are the product of cristilmethod's brilliance. Of course, these are very, very fake.

Golden Flake has been a staple of SEC sponsorship for as long as I have been watching college football. Sure, some might expect the lucrative Alabama jersey to go to a bigger company, but this is Golden Flake's reward for sticking with the SEC for decades. Pop open a bag of sweet heat chips to celebrate. 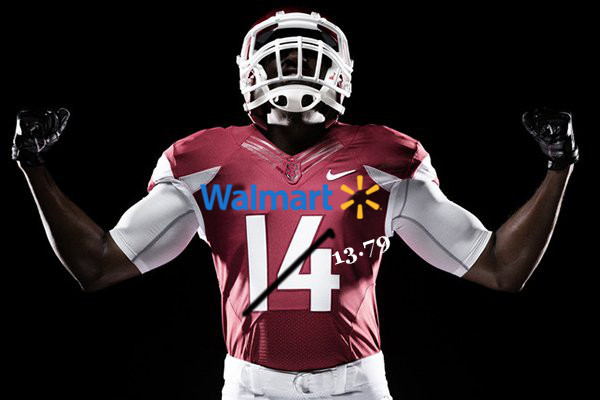 The Arkansas-based corporate behemoth would easily snag the opportunity to sponsor the Razorbacks' football jerseys. This could also be a great first step to Starter becoming the official apparel supplier of Arkansas athletics. 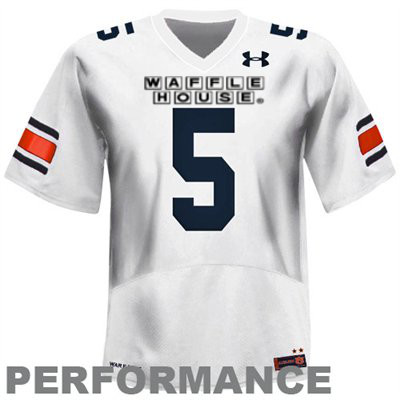 Given Gus Malzahn's habit of celebrating big wins at Waffle House, this was an easy pick. Congrats, Tigers. Your jerseys are now smothered and covered with the Waffle House logo. 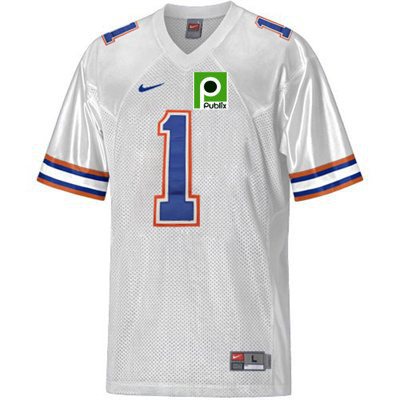 Sometimes great stores have to sponsor terrible teams. Florida State and Miami aren't available for jersey sponsorships in this hypothetical world, so the highly-praised super market is forced to invest in Florida and hope for better days to come. 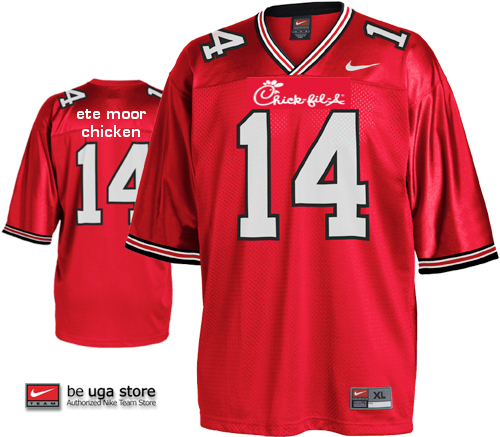 Athens isn't too far from Chick-fil-A's Atlanta headquarters, and the chicken sandwich experts aren't about to let an SEC sponsorship opportunity slip away. There might be some backlash over Dan Cathy's views on gay marriage, but once Chick-fil-A cow balloons start dropping coupons (this is a real thing that happens) on fans, the controversy might subside. 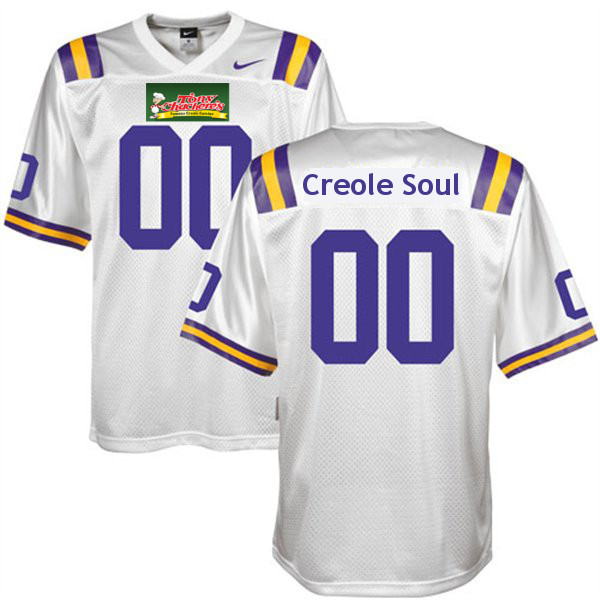 The sponsorship battle for LSU would be a fierce one. Zatarain's and Tobasco could have easily claimed the coveted jersey spot. Duck Dynasty would also made a run at the sponsorship. But in the end, Tony Chachere's would win out after Les Miles spent 15 minutes describing how overrated Tobasco sauce is. This came in response to a completely unrelated question. 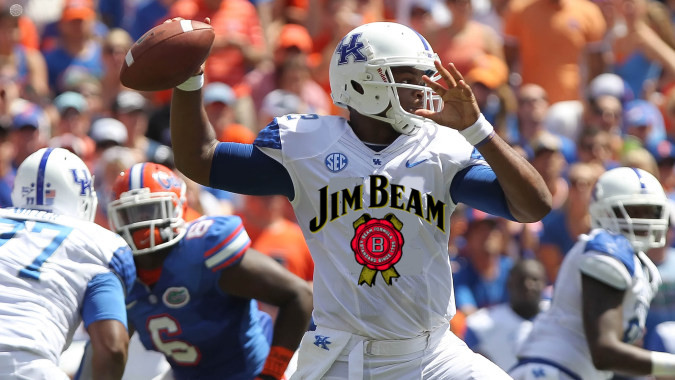 The SEC isn't a huge fan of alcohol sponsorships, but Kentucky staff assumed nobody would notice if they put one of their many local distilleries on their football jerseys. The plan worked. Congrats on breaking new ground and standing against the SEC's prohibitionist stance, Kentucky. Cheers. 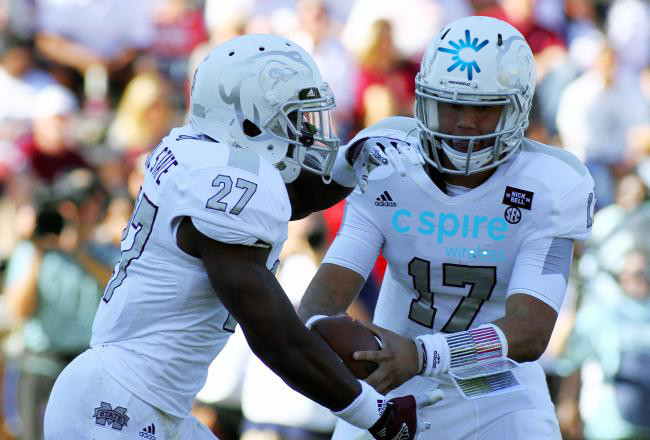 There are few things C-Spire loves more than sponsoring Mississippi State and Ole Miss athletics, so naturally they would jump on a jersey sponsorship opportunity. The true shame here is that Bryan Foods decided to stop sponsoring SEC events a couple years ago, or else the Bulldogs would have "Anytime is Bryan Time" on the back of their jerseys. 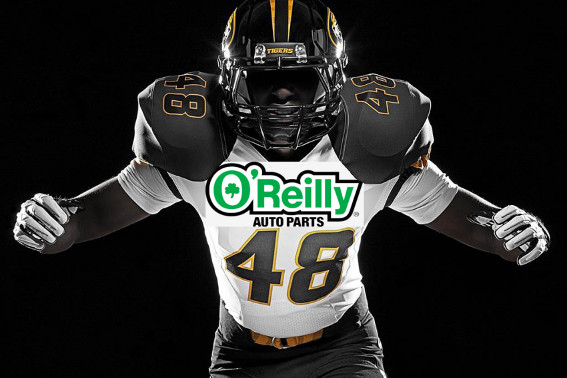 The Missouri-based auto parts chain already has a large footprint in SEC territory. As the Tigers continue trying to prove they belong in the SEC culture, this sponsorship pairing is a win-win. As a bonus, Gary Pinkel is now required to sing the O'Reilly jingle at the beginning of every press conference. 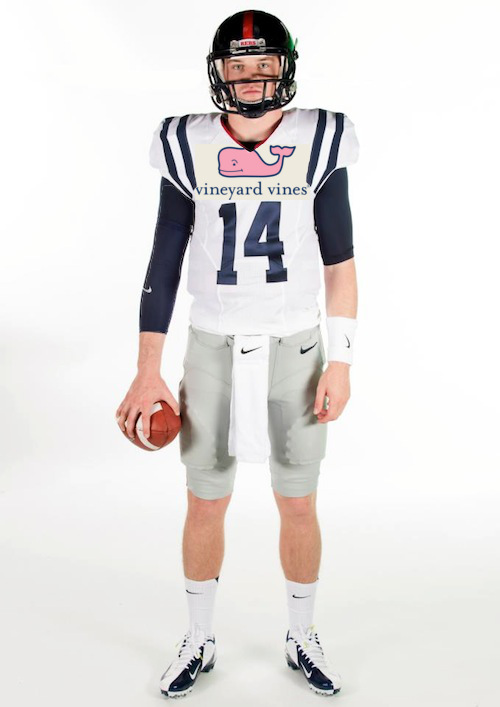 Vineyard Vines would probably rather sponsor all the upscale tailgating in The Grove, but a jersey sponsorship will do. Plus the university gets a bonus if the Rebels start a quarterback with 'Bama bangs. 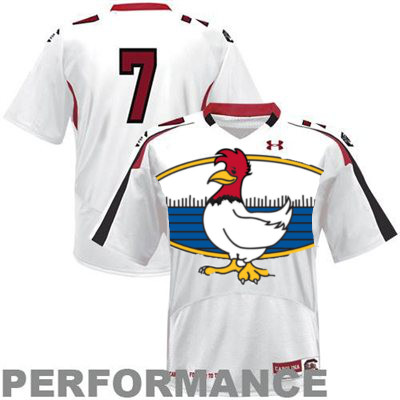 Steve Spurrier may be an Arby's man, but after a golf outing with the Zaxby's CEO and a taste of Zaxsauce, the deal was in the bag. Spurrier will also now criticize his players' conditioning by saying they need to eat more Zalads. 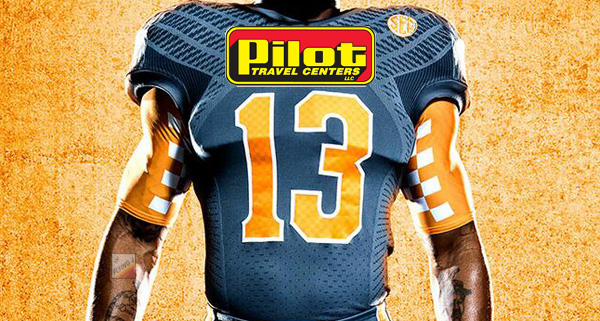 As FWtCT writer Charlie Burris pointed out, this Knoxville-based company already has significant ties to the university. Not to mention the owner's son is the governor of Tennessee. So the Vols keep it in the family, pending federal investigations against the company be damned. 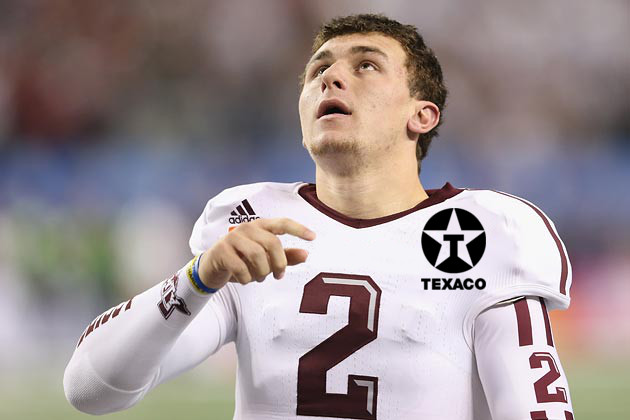 The Aggies wanted to honor their state's oil heritage by attracting a fossil-fueled jersey sponsor, and Texaco was the perfect fit. 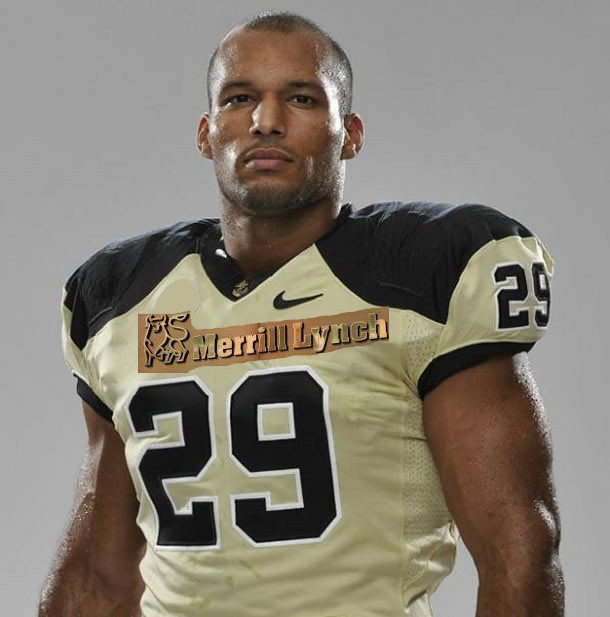 Vanderbilt's sponsorships are kind of like golf's in that they're typically targeted at a wealthy audience. So Merryl Lynch is kind of an outsider compared to the other league jersey sponsors, but Vanderbilt as a school is kind of an outsider in the SEC itself. The social class of Vanderbilt's graduates puts the school in a situation where every investor wants to reach their fans. Congrats, Commodores. Your university's prestige has brought in some money from Wall Street.

Next Up In College Football