First of all, #HailState and a Happy Halloween to all the State fans our there. Can I just say how well our men performed against the Aggies this past weekend (Bulldogs vs Aggies coverage). Led by Nick Fitzgerald and that suffocating Bulldog defense, we marched into College Station and dominated them every snap of the ball. It was a spectacle that State fans everywhere should be proud of and many were. 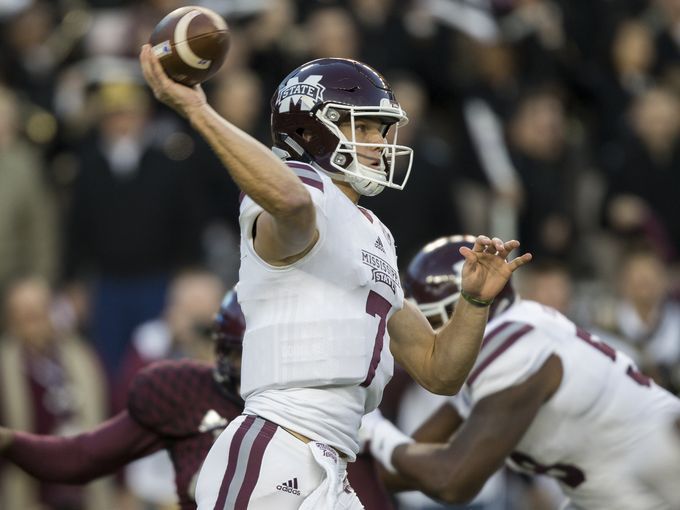 Nonetheless, I am still not satisfied with what I've seen thus far. Let me clear the air, I had no doubt that Fitz would perform well against the Aggies. He's a good quarterback with a powerful arm. I don't doubt his abilities at all, he's our QB1 and believe it or not I actually enjoy watching Fitz play, what I doubt is his consistency and his clutch factor, or the lack there of.

Nick completed 12 of his 21 passes with 141 yards 2 TD's and an interception against the Aggies. He also tallied 105 rushing yards off 18 attempts with a TD. Impressive numbers for a quarterback, not his best performance, but still good. The defense gave him some trouble at first, but like a good quarterback does, he adapted. He took what the defense gave him and ran...literally. Good performance aside, passing numbers like this aren't gonna propel us any higher into the College Playoff Rankings. To put it simply, we need so see more from his arm if we're gonna have a chance at any actual success (Mississippi St. Bulldogs schedule). 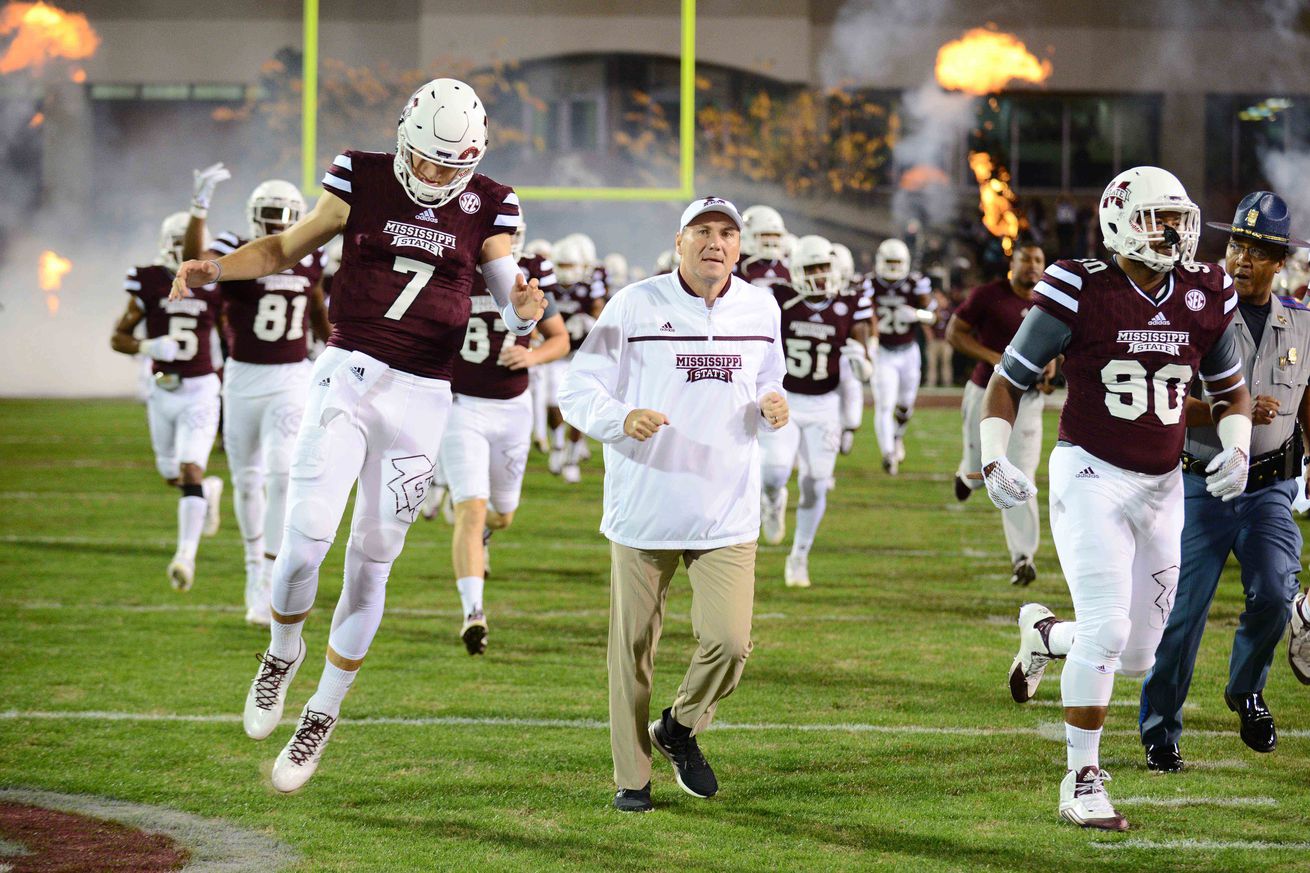 When it comes down to it, performances like 12 of 21 aren't gonna cut it. Yes it's a bit over 50 percent, and yes he rushed for 105 yards, but Nick's a quarterback...quarterbacks pass the ball. He has the ability, but he relies to heavily on his running to bail him out of tough situations. Its this trait that keeps him from developing into the clutch quarterback I know he can be. Granted it works most of the time, but against teams like Bama that's not gonna work, even when our Oline is playing lights-out like they have recently ( only 3 sacks allowed this season). Fitz is gonna have to step it up in a big way if Mississippi State is ever gonna step it up and get back to the top of the College Football world like in days of old. (College Football Playoff Rankings 2014: Standings and Breakdown of 1st Release)

I want with every fiber of my being for our Bulldogs to have success, now and in the future. But for this to happen, its time for our QB1 to become the quarterback we need, not the one we want. In the end... only time will tell. I hope nothing but the best for our Bulldogs and I just know we're gonna dominate the UMASS Minutemen this coming Saturday. So until next time #HAILSTATE.