Taking a look at MSU's opening weekend matchup against Portland.

It's (almost) finally here. After a long wait, the number five ranked Mississippi State baseball team is set to kick off the 2013 season tomorrow night with a weekend series against the Portland Pilots. Let's take a quick look at all of the information that you need for this weekend's opening series.

Please note: weekend's schedule of games was changed up due to cold temperatures expected on Saturday. The weekend's double header will now be played on Sunday, starting with the first game at 1 p.m. 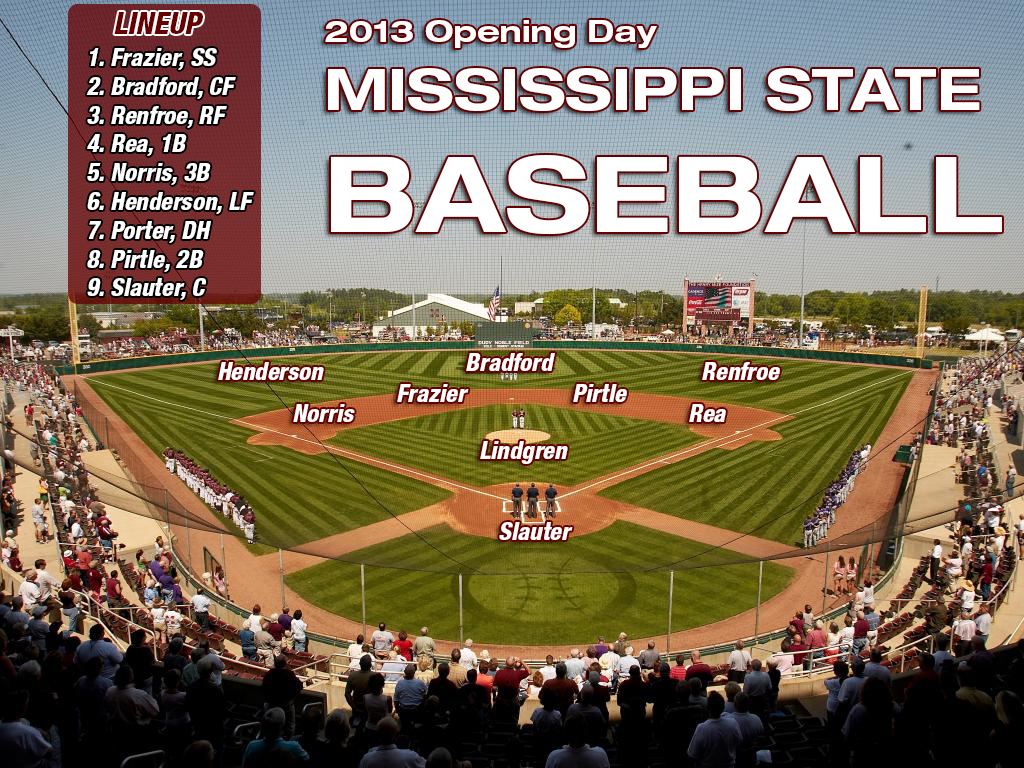 Portland Pilots - 2012 | 27-25 overall, 12-12 Western Coast Conference - The Pilots 2012 season was a decent one, but nothing of note. Being a west coast team, the Pilots did face some tough opponents, playing ten games against Oregon State, Oregon, WCC powerhouse San Diego, and perennial west coast power Pepperdine. The Pilots finished just 3-7 in those ten games, however, and overall were a mediocre team in 2012.

Offensively, the Pilots lead returning bat in the lineup belongs to Turner Gill, the junior from Madras, Oregon. In 2012, Gill led the team with a .314 batting average, and also recorded a team high 30 RBIs and five (tie) HRs. The Pilots also return Caleb Whalen, a sophomore utility guy from Vancouver, Washington. In 2012, Whalen finished with a .254 batting average, driving in 28 runs, while adding a team high (tie) five home runs. Nick Arementa, a junior outfielder from Clovia, California, is another top returning bat in the Pilot lineup. Arementa batted .267 in 2012 while driving in seven runs and stealing a team high five bases in just 34 games.

On the mound, Portland returns just one of three weekend starters - Travis Radke, a sophomore from Thousand Oaks, California. Radke finished 2012 with a 7-4 record while holding down a solid 2.09 ERA in 86 innings of work. Past Radke, it appears on the surface that the Pilots are replacing a lot of arms both in starting roles and in the bullpen.

It's important to note that no west coast opponent should ever be taken lightly. Even with a mediocre record, it's important to note that west coast baseball is highly competitive, and even the mediocre to below average teams feature solid baseball players capable of beating "better" teams on any day. Baseball is also a sport where that happens more than any other sport, so it's important for MSU to come in and take the Pilots seriously. Even without returning much of the pitching staff from 2012, it does look like Portland will return several of their top bats from last season, so the young Bulldog staff could get a stiff test in the first weekend.

Overall, I just think MSU has too much talent to have much trouble with the Pilots. State returns C.T. Bradford and Daryl Norris full time from injury to add to an already deep lineup featuring Wes Rea and Hunter Renfroe. MSU will also again be deep in the pitching staff in 2013, as Kendall Graveman and Jonathan Holder anchor deep front and back ends in 2013. I think you could definitely see the Pilots take a game in this series -- again, west coast baseball produces a ton of great players. But overall, I still think State has the better team, and should take three games out of four this weekend, if not sweep. Now, watch me be completely wrong.

I am looking forward to seeing this year's edition of the diamond dawgs take the field for the first time. I am especially looking forward to seeing some of these young arms in the bullpen and in the starting rotation and see how they've progressed since last season. MSU used a really strong pitching staff late in the season to procure a SEC Tournament Championship, and it will be interesting to see if Butch Thompson can continue to develop that staff this year without the likes of Chris Stratton and Nick Routt. By the way, it's important to remember that when last season started, Chris Stratton wasn't even starting. Stratton was a heavy contributor, sure, but I doubt anyone expected the year from him like what he put on. The point is this: any of these young guys could have the same type of season this year. If Woodruff can get healthy, it's easy to see him being that guy. But there are tons of other candidates in that staff this year, so we'll see who rises to the top.

On the offensive side of things, I'm ready to see how a few things shake out. Firstly, I am interested to see if the new left field dimension has much of an impact on MSU's long ball performance. The fence was moved in a bit over the off-season, and now Dudy Noble is a bit less cavernous in LF. State features a talented lineup this year, and it's of note that a good portion of that lineup is right-handed. Will it have an impact? Maybe. I guess we will know pretty soon -- State starts out with a really long homestand. I'm also looking forward to seeing what C.T. Bradford and Darryl Norris can do healthy. Both are obviously talented guys, so it'll be good to have them back in there at 100%. I think the only game C.T. was feeling anywhere near 100% was against South Carolina last year, and he hit, what, two HRs? The guy is good. Also, I'm looking forward to seeing if Hunter Renfroe's summer hot streak can continue this spring. Renfroe tore it up last summer in the Cal Ripken league, and has made a name for himself on MLB draft boards, rising as high as the top three rounds in the eyes of some scouts. We will see if his potential can turn into production for State this year. One thing's for sure, if MSU wants a deep run this post season, they will need Renfroe, Rea, Norris, Bradford, and others to step up.

Excited about getting this season kicked off. Hail State