We're still six or so weeks away from football, but today we get our first glance at the depth chart–which yes, will surely change between now and August 30th–for the 2014 football season.

The frenzy that is the annual SEC Media Days began today; an important marker on our countdown towards the start of another college football season.  And today also brought us another important part of the buildup to the season: media guide day!  Thanks to the great work by Bill Martin and the rest of the MSU staff, the 2014 MSU Football Media Guide is now available for our consumption.

Besides the outstanding cover photography work by our friend Blake McCollum, the media guide also brings us the first look at a depth chart for the 2014 season.  A depth chart six weeks away from the season and prior to the start of fall camp certainly isn't set in stone, but it does at least give us a look at who should be competing for starting spots this fall.  Without anymore rambling, let's take a look at how things start off for MSU: 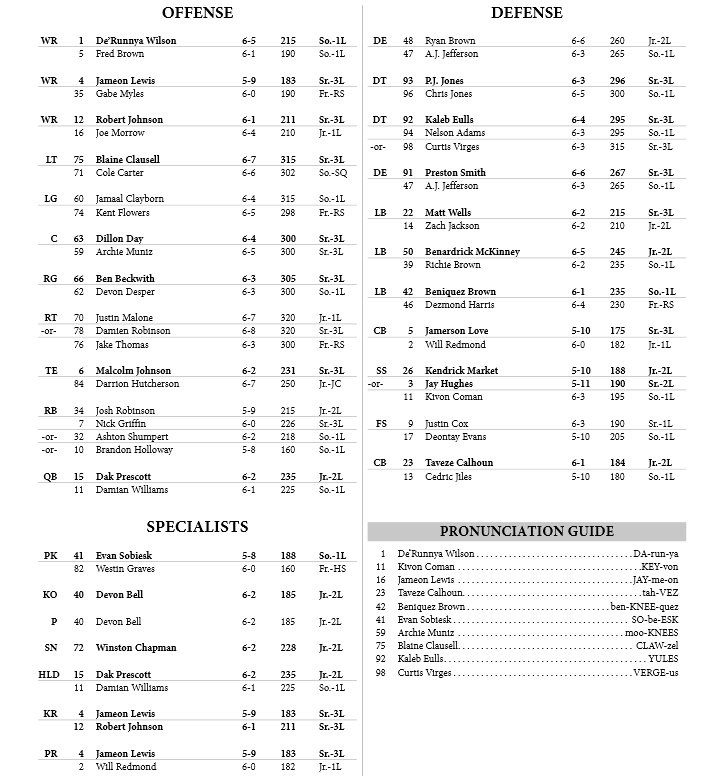 As you can see, most of the positions start off as you could expect, with returning starters filling their same roles all over the offense and defense.  There are a few positions of note, though, so let's discuss those:

NOTE: The pronunciation guide being included is a very nice bonus and a fun read.