The Bulldogs will head to Baton Rouge on Saturday to play the always frustrating LSU Tigers. We've collected stats and various information to determine the Bulldogs chances of coming out on top. Hint: This is going to be a tough one.

Let's start with an introductory video to get everyone acquainted with the LSU fan base:

Classic. Unfortunately, LSU's football team is more coordinated, less intoxicated, and much more difficult to knock over than the couple in the video above. Here's some things you need to know about the Tigers.

LSU and Mississippi State have met 107 times and LSU leads the all time series 77-33-3. The last time the Bulldogs beat the Tigers was October 23, 1999 when State won 17-16 in Starkville. Since that victory things have not been pretty for MSU. LSU has won by an average of 26 points in the last fourteen meetings.

Tiger Stadium in Baton Rouge now has the capacity to hold 102,321 people after renovations this off season, making it the third largest stadium in the SEC and sixth largest in the nation. In addition to stadium capacity, the game is scheduled for a 6 pm kickoff and LSU is 43-3 in night games in Tiger Stadium under Les Miles.

Nobody ever said pulling off this upset was going to be easy, y'all.

Thus far the Tiger's schedule has included two absolute cupcakes and a game they should have lost. LSU trailed Wisconsin 24-7 in the fourth quarter and came roaring back to win. Since that deficit, LSU has scored 108 unanswered points against their three separate opponents. Hopefully we can break that streak. 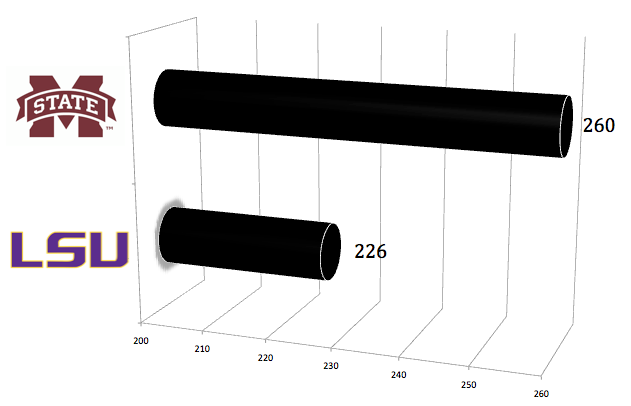 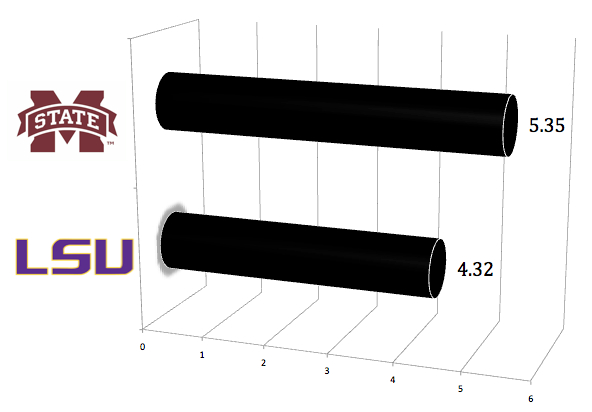 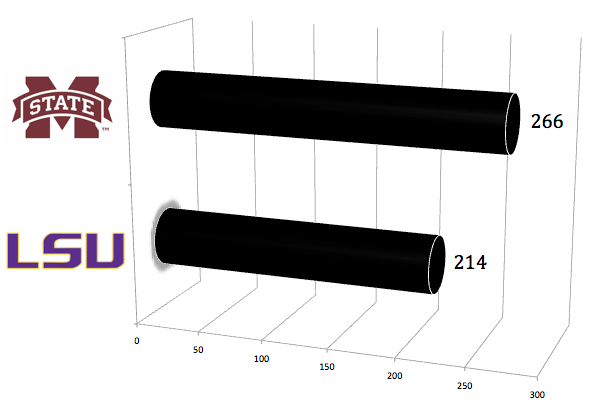 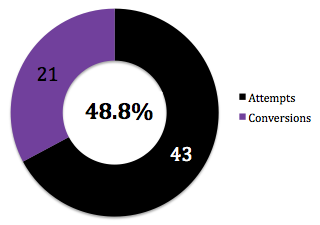 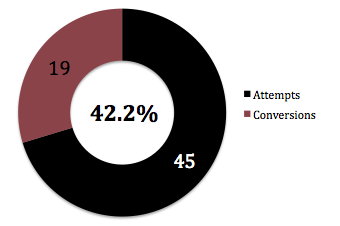 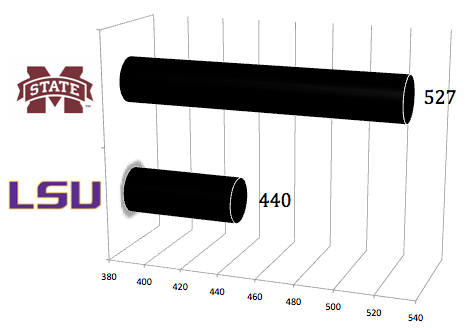 At first glance it seems that MSU has a clear advantage offensively with better stats in every category except third down conversion percentage. This may be true to a certain extent but LSU has played one "Power Five" conference opponent (if you even want to consider the Big Ten a Power Five conference anymore) while State has played three primarily lower level opponents. Both teams are most effective on the ground and rely heavily on their run games. MSU's offense is also quicker on the ball averaging nearly 80 plays per game while LSU runs an average of 72 plays per game.  State leads in number of first downs as well with 26 per game compared to LSU's 22 per game average. Dak Prescott has managed a QBR of 77.6 and is 3rd in the nation in points responsible for, accounting for 72 points so far this season. LSU quarterback Anthony Jennings has a QBR 64.8. To this point, the Bulldogs have had the more effective offense but whether or not they can score against the Tigers defense remains to be seen. 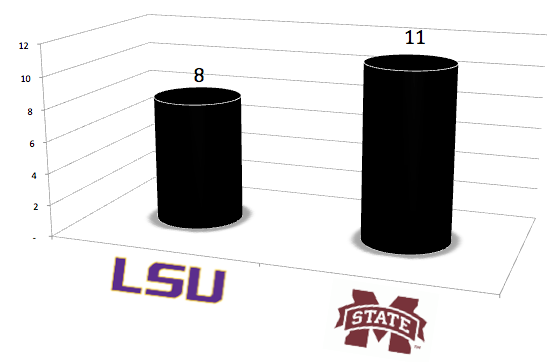 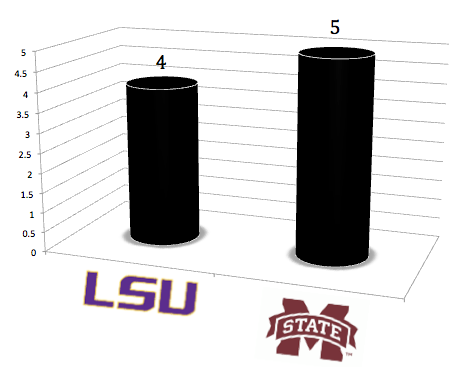 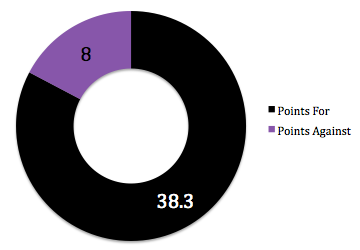 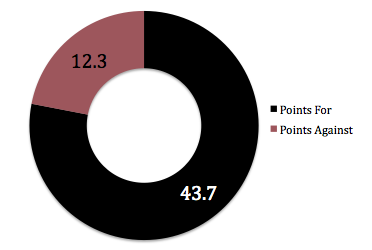 Defense will be the real key for both teams in this match up. LSU hasn't allowed a single point scored in their last nine quarters of football. They've only allowed 283 passing yards in three games (an average of 94 yards per game), making them the number one pass defense in the SEC and number three nationally. The Tiger's have also only allowed 111 yards per game on the ground. Their pass rush has been effective with eight sacks on the season and one forced fumble. Needless to say, offense will be hard to come by against LSU.

As for MSU, this is what I believe will be the most important stat for the Bulldog's defense: 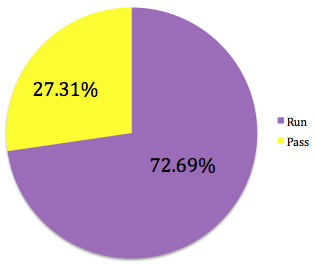 LSU's offense is extremely run heavy and MSU's defense is most effective against the run. The Defensive Dawgs have only allowed roughly 80 yards rushing per game (2nd in SEC, 11th nationally) and 2.34 yards rushing per carry (ranks 2nd in SEC, 11th nationally). While LSU may have better backs than any opponent State has faced to this point, the Psycho Defense should still be able to effectively stop the run. The most important factor will be stopping the run for sixty full minutes of football. Wisconsin was able to stop LSU's run game for three quarters and they ultimately let the game slip away. If Benardrick McKinney, Chris Jones and the rest of the run stopping crew can keep LSU at bay for four quarters upsetting the Tigers will be considerably less difficult.

MSU's pass defense has been soft thus far but as one FWTCT commenter speculated, defensive coordinator Geoff Collins may been hiding his hand. In every game so far this season even when opposing offenses ran exotic offensive sets, State's defense didn't adjust and this is either bad coaching (hopefully not the case) or it's MSU trying to hide what they really have in order to give LSU, TAMU, Auburn, etc., less to work with when watching tape. As I said, this may just be speculation and the Bulldog's secondary may simply need work or Geoff Collins is running a long con to keep his real Psycho Defense defense a secret and he's a total genius.

All in all, it's difficult to tell how this game will potentially play out. Either MSU's defense will be able to step up, make plays, force turnovers, and stop the run or LSU will run up the score like last year. And Dak Prescott and the offense could score early and often like they did against Southern Miss, or be shut down by LSU's quality defense. To me this game is toss up but it's incredibly important for both teams. If MSU wins, this season could be really special, if LSU loses their season could be ruined. There's a lot on the line and Saturday night is going to be extremely exciting. And by "exciting" I mean "stressful."