What sports might MSU athletes take up if they were in the Winter Olympics? Let's guess (and visualize)!

Every two years we as the world's collective sports fans are treated with the playing of either the Summer or Winter Olympic Games.  This year it has been the turn of the Winter Games to come 'round again, and the festivities in Sochi have been as entertaining as ever.  There has been stray dogs, fog, and ice dancing drama, but even with all that excitement, it seems like something is missing.  The element of a local flavor seems to be lacking from the games, as we, in most cases, don't feel close with the American athletes like we may with players on our local college football team.  So with that in mind, I set out to imagine what the games might be like if MSU had a few athletes competing.  Without knowing any of them personally, it's hard to know what their interests might be outside of their respective sports, so I took some liberties with guessing which Winter Olympic event they might choose to partake in.

In reality, De'Runnya Wilson is not built to fit well in a bobsled.  This pairing makes zero sense.  But, as per the usual with most of my blog posts, there is no requirement for things to make sense here.  As that is the case, let me explain why I imagined Bear as a bobsledder - Cool Runnings.  No, Bear looks nothing like any of the actors from that outstanding '93 movie, but his dreads for some reason make me immediately think of Sanka Coffie, aka Doug E. Doug, from that movie.  While you may think this comparison came to me only recently, it actually has been stuck in the back corner of my brain for some time now.  Some of you may have caught hints of that during football season with my grandpa-level corny tweets after a De'Runnya catch.  However, if you don't remember, let's me refresh things for you by stating what I could see Wilson's pre-race catchphrase being: 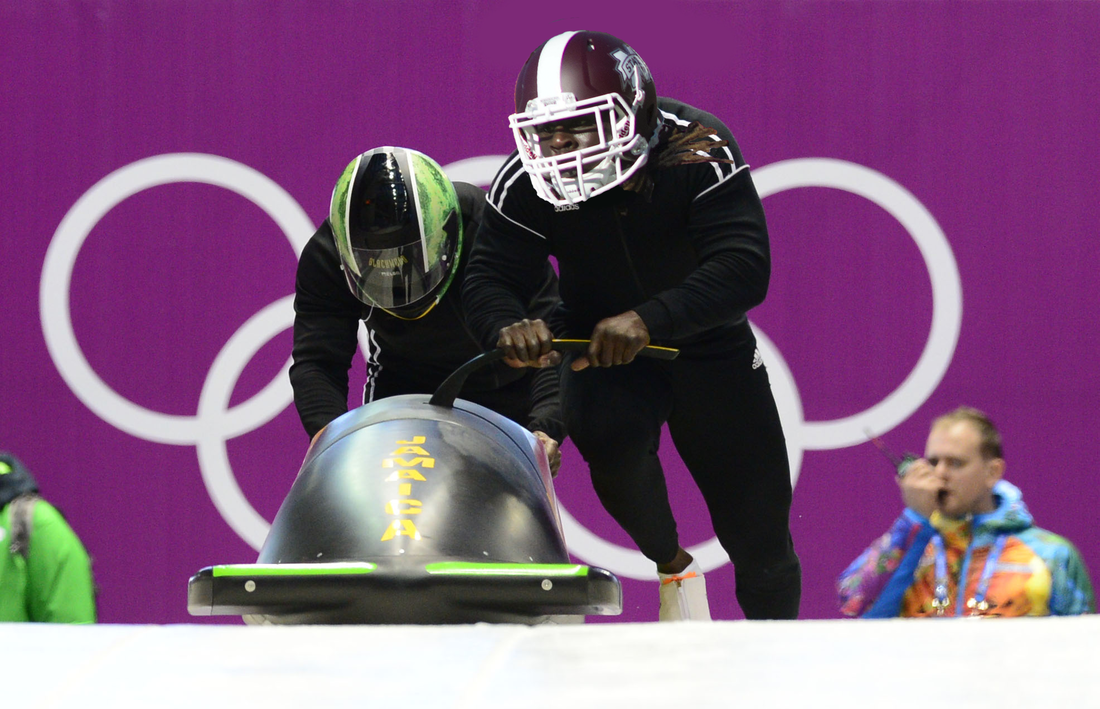 Mental toughness.  An ability to hold your composure in the toughest of moments.  Excellent footwork.  Outstanding hair.  These are all traits necessary for an ice dancer, but wait were you thinking I was going to say traits for a college football center?  Oh, you weren't?  Okay, cool.  Anyways, luckily either way you see this requirement list falling, Dillon Day possesses all of these qualities.  Being a native of Louisiana, there's a chance that Dillon's ice skating skills aren't strong.  Still, he has salon-quality hair, a steel resolve and a will to win that won't quit.  You get out on that ice Dillon and you show that triple salchow who's boss! 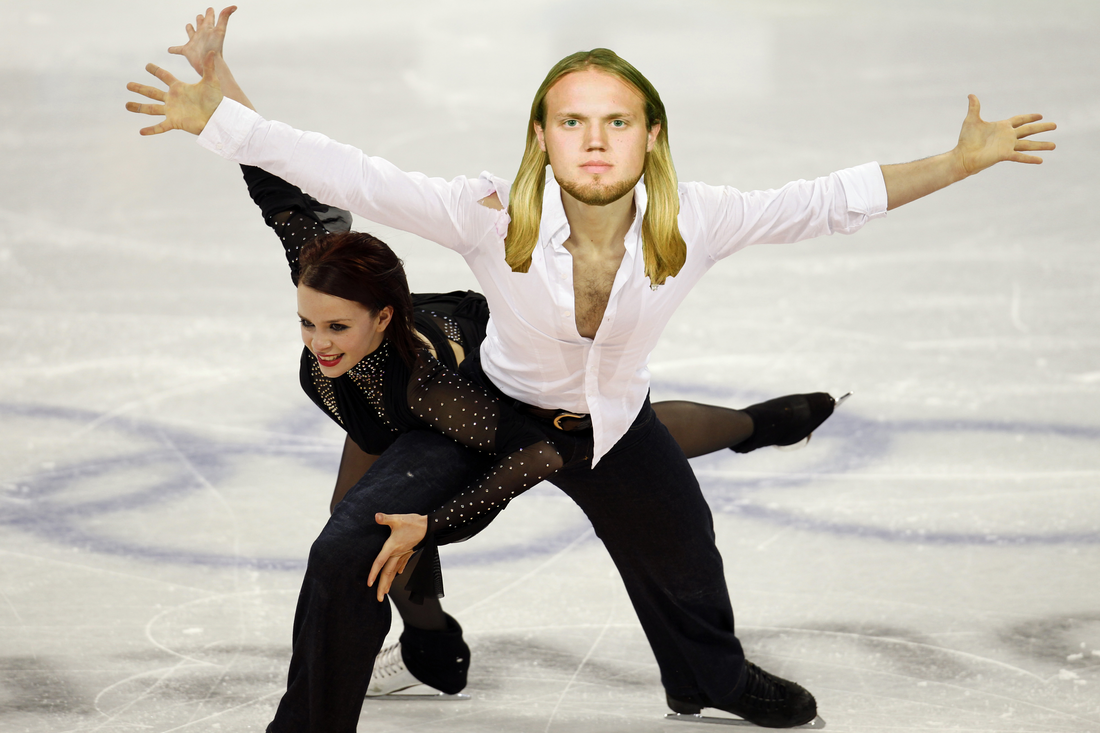 When I watch curling, the first thing that comes to my mind is accuracy.  The skip has to be able to put his rock in just the right position to either score, play defense, or defend the house from his opponent.  In many ways that I'm sure exist in the corners of the internet that I can't seem to locate right now, being a closer is much the same.  You have to be able to come in and pitch glide your curveball stone with a perfect amount of curving curling in order to get a strikeout put one in/defend the house. UNRELATED: I may not fully understand curling.  But, didn't you just kind of want to see a picture of Holder curling? 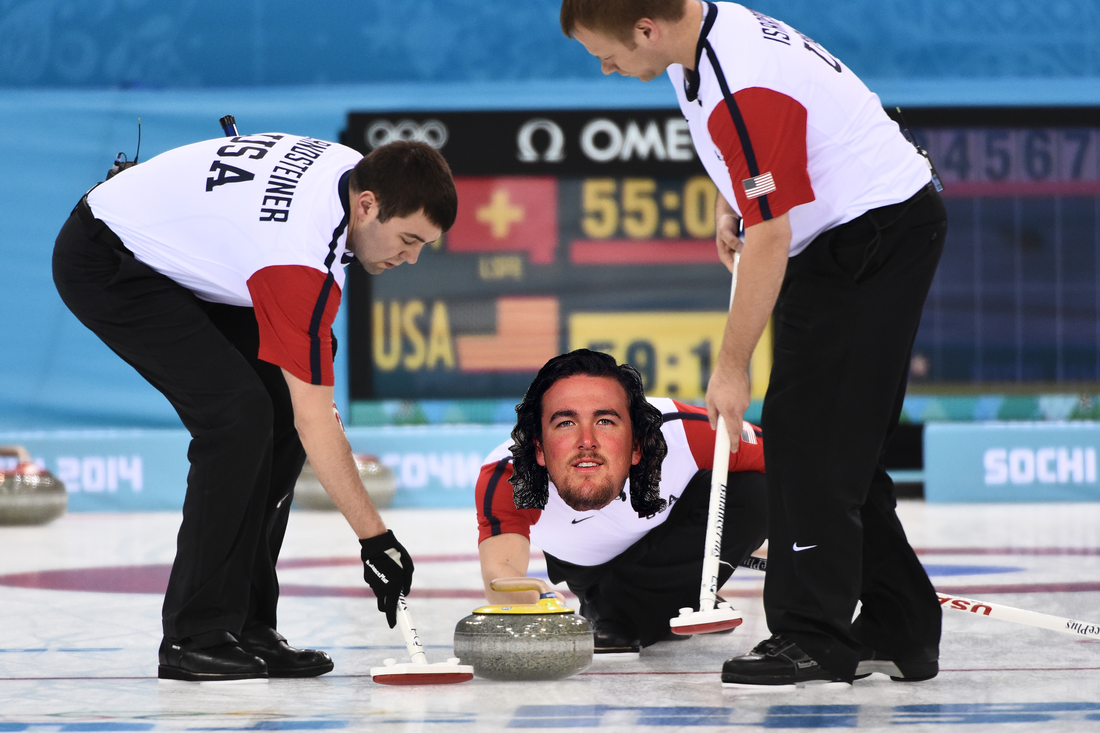 /USA is up one stone going into final end against a powerhouse Canadian squad
/Sochi curling center lights dim
/from the corner of the arena, a homeless Russian man strums out "God's Gonna Cut You Down" on his guitar that features a "free Bob Costas' eyes" protest sticker
/Holder enters, defends the house, the United States wins, entire Swedish women's curling team leaves arena with Holder

Doesn't get more 'Merica than Holder.

Like on the football field, Dak goes to the air to secure his team/country the golden egg medal. 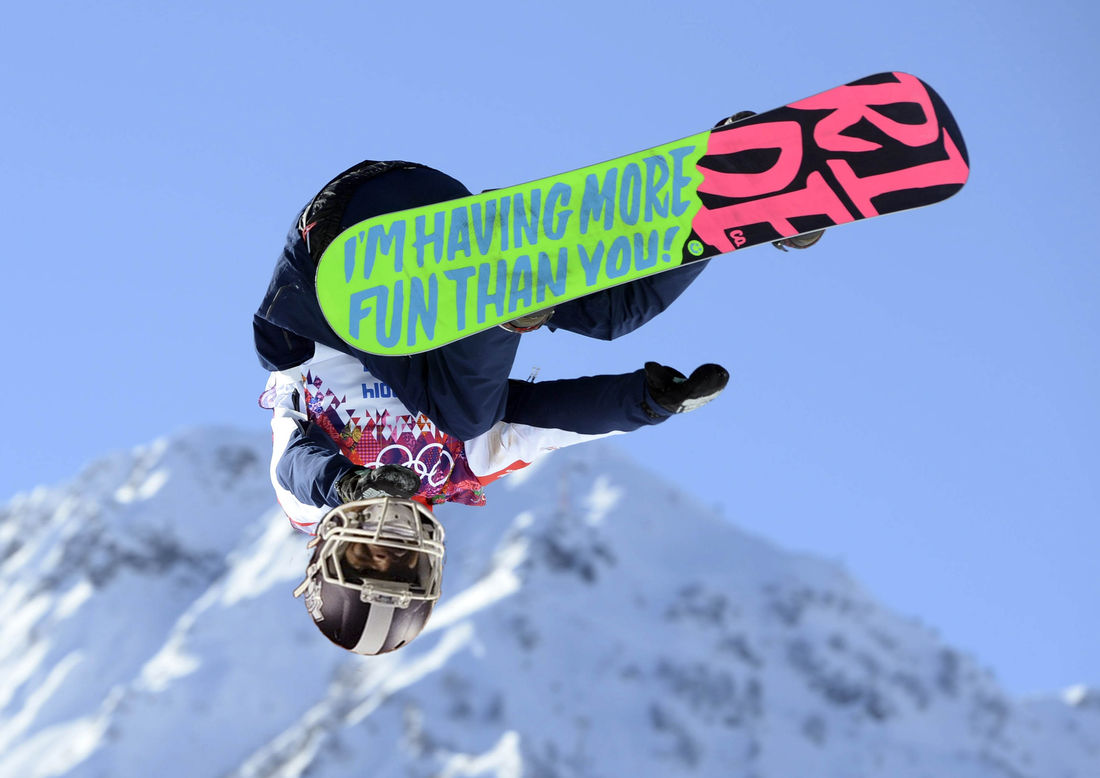 McCaleb's Egg Bowl entrance picture may have been the best picture of the year in MSU sports, and he clearly has a knack for intensity.  Intense helmets and/or faces is a major part of success in this sport (or not), so Rishunn should be a gold medal contender for sure. 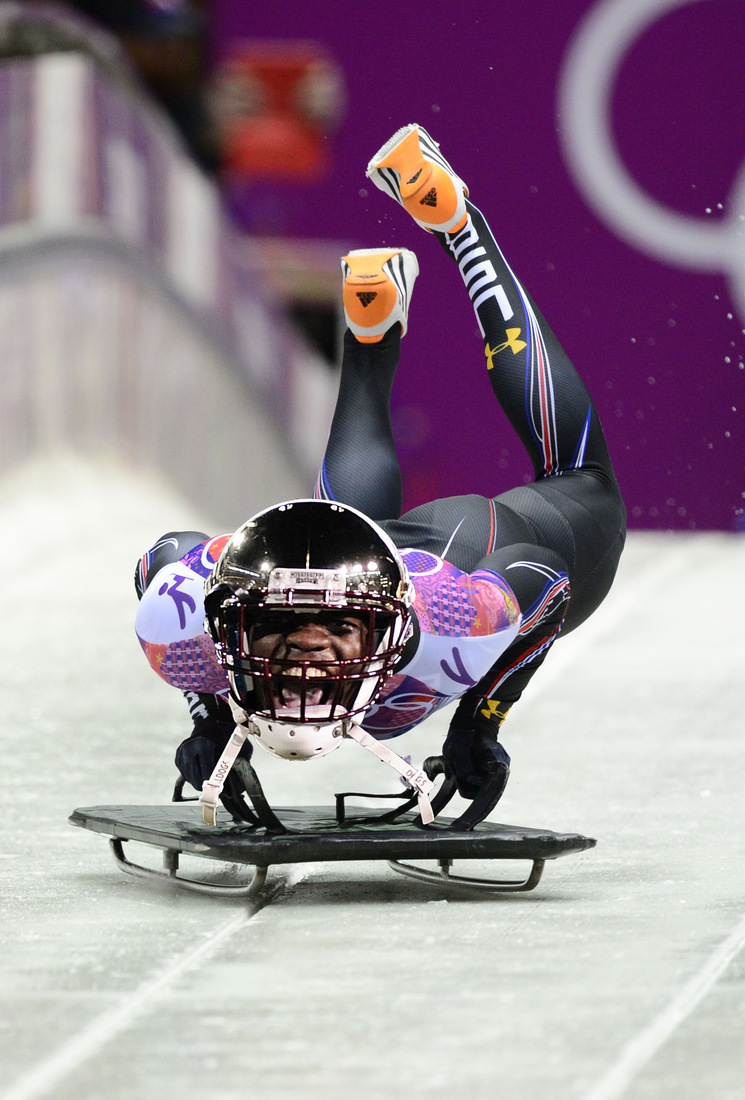