Dan Mullen rides along with the Starkville PD, spotted in a police jacket

Last night, MSU head football coach Dan Mullen rode along with a Starkville police officer. He was spotted wearing a police jacket, so naturally we wrote a short cop internal monologue as if he was a policeman in Oxford.

Share All sharing options for: Dan Mullen rides along with the Starkville PD, spotted in a police jacket

Last night, our own head football coach Dan Mullen rode along with a member of the Starkville Police Department.  Coach Mullen was even spotted out and about sporting a police jacket:

Naturally, my slightly off-kilter mind began thinking of buddy cop show ideas, cop puns, and all sorts of other Mullen-related cop ideas.  One of them I was too late on, but it was awesome nonetheless:

Even though I missed out on making that great Mullen cop joke, I have started writing a gritty cop drama staring coach Mullen as an Oxford Policeman.  I'm going to call it Mullen: Oxford PD.  Here's an excerpt.:

The days on the beat here in Oxford never get easier, and nothing ever changes.  We work hard to clean up the streets, but the only thing that changes are the faces we book for the crimes.

Not everything is bad news though; yesterday we were able to take down one of the most notorious hair product smugglers Oxford has ever seen.  Bo Wallace, who goes by sunshine slick, is one of the most notorious criminals to pass through my corner of this southern state.  For the past few years, he's moved product to sororities all over this town, and we haven't been able to catch him once.  That was until I called in a deputy from another town, Lieutenant Whitley.  Whitley was able to run a successful sting operation at this year's Egg Bowl, and we booked sunshine slick on conspiracy to sell fake salon-quality products on the black market. 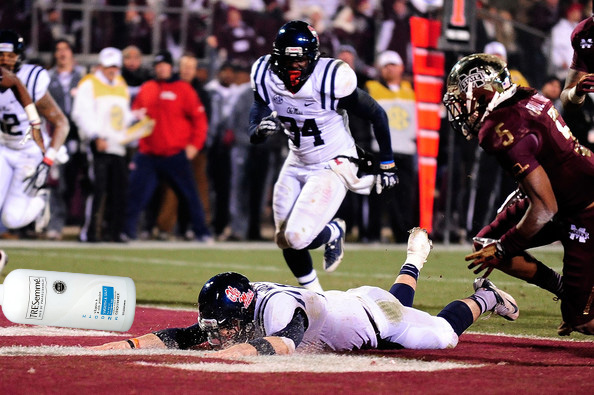 This job isn't for everyone, but days like today are why I do what I do.  Dan Mullen, Oxford PD, over and out.