Rapper Drake has become the most visible "fan" of a bunch of teams lately, most recently Kentucky and UConn's basketball teams. Drake has worn many team colors over the years and celebrated lots of wins, so of course* he was at last year's College World Series.

Share All sharing options for: Was Drake an MSU fan during last year's College World Series run? A picture review

For those who don't follow rap music closely, Drake is one of the biggest names in that music genre these days. Besides being known for songs ranging from "Just hold on, we're going home" to "Started from the bottom", Drake has also been known to be a fan of sports: All of them. And as a famous fan of sports, he's been photographed at sporting events everywhere over the years, often wearing a jersey supporting the team he's watching. It's happened so much that it's been chronicled by more than one person, and this past weekend at the Final Four, his "widespread support" went viral again.

After the Kentucky Wildcats defeated the Wisconsin Badgers to reach the National Championship game, Drake was photographed in the UK locker room congratulating them on their win. 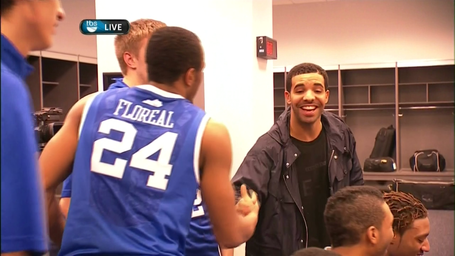 Hey, no harm in that, right? I mean sure, it's a bit annoying given the fact that Drake never attended Kentucky, nor has he probably ever foot on campus, and it fits his MO of being a fan of every school ever, but a man has a right to cheer for who he wants, I guess. What's important is that after Kentucky took the loss in the final, he didn't switch over to UCOHHH:

So you are probably wondering at this point: What does any of this have to do with Mississippi State? That's a good question, and one I'm prepared to answer right now. If Drake has been switching allegiances all this time, is there a chance he showed up last summer to get in on some of MSU's success in baseball? When MSU was the hottest team in the country last summer, did Drake ever venture around to snap a picture with big Wes, or congratulate Holder on another great save? After hours upon hours of extensive research, I uncovered this photo just after MSU had won its regional against Virginia in Charlottesville: 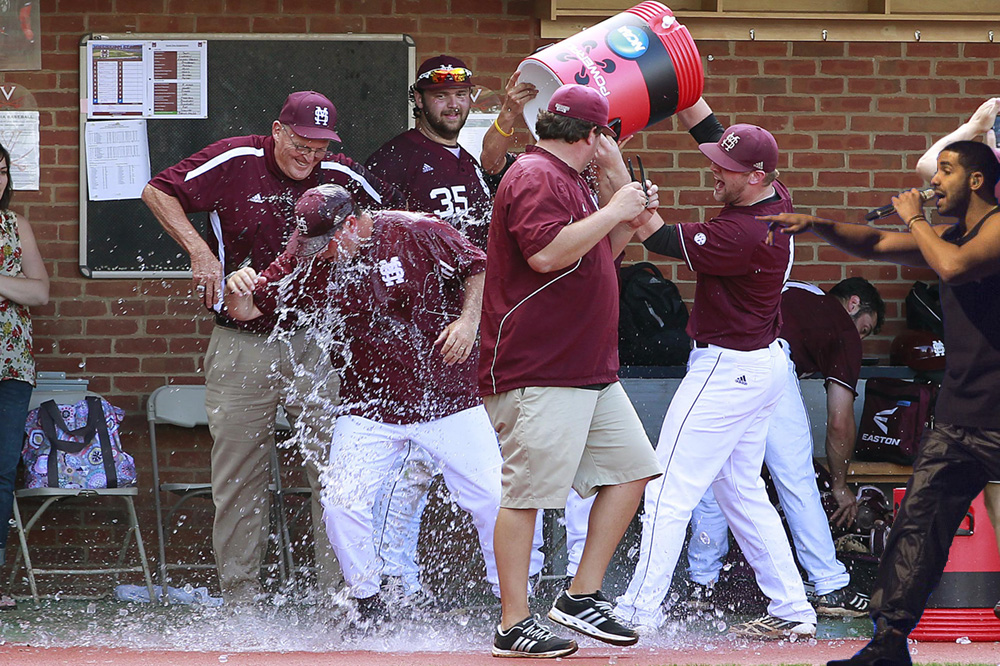 He was there! I knew he'd be. Drake is everywhere that winners are, so it makes sense that he would have jumped on the Hail State bandwagon last summer when MSU was red hot and headed for the CWS finals. But, there is our problem right there. State made the College World Series finals, but they didn't win them. Surely Drake didn't cross over to the UCLA side since we lost though, right? 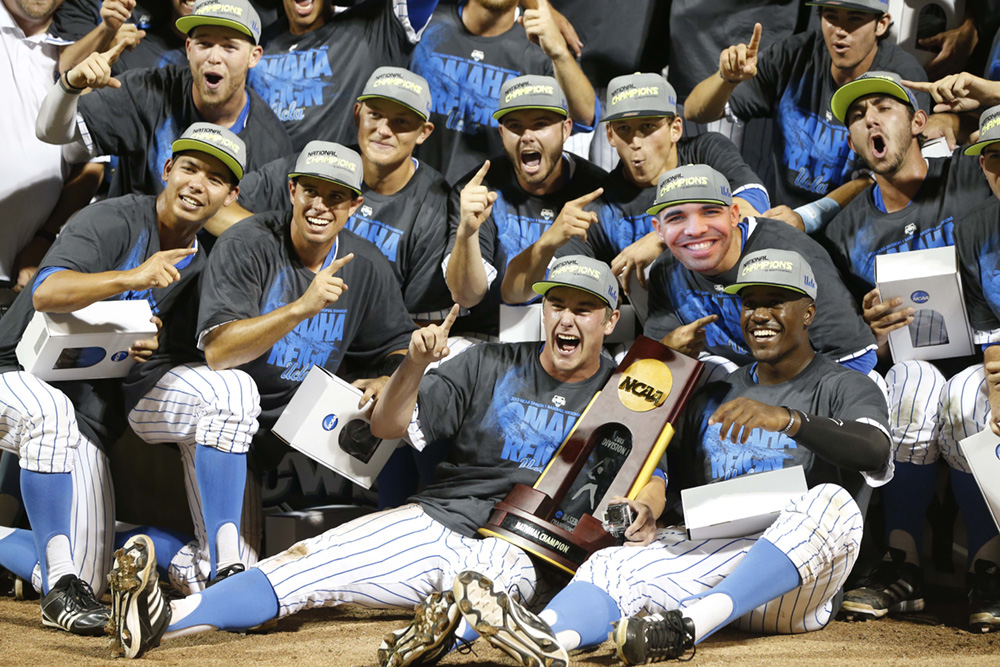 OH MY GOSH DRAKE HOW COULD YOU?!