In today's social media-centric world, taking a selfie is a hot trend. But with its 15 minutes nearly up, let us get you in on the new craze before it takes off worldwide - taking a #Relfie.

Share All sharing options for: The new social media craze: Taking a #Relfie

In today's technology and social media-obsessed society, we see people all the time snapping pictures of themselves and with friends in all sorts of places and situations for no apparent reason.  It's safe to say that the "selfie", as this act is commonly called, has become the latest craze for a portion of those of us who were raised in the technological era.  The act can range from a normal person sending a selfie to a loved one on the way to work to two kids invading a pitch to snap a picture with a world famous soccer player; either way, the act seems to be at a fever pitch nationwide, but does that mean it's about to enter its decline?

As we often see, those who are ahead of trends -- hipsters, I believe, is what they call themselves -- have already moved on to the next greatest thing.  And that thing is? [/clickbait article linked here]

Taking a #Relfie [no, not that one]

So you may be asking yourself: Self, what is the difference between a selfie and a Relfie?  Well, the difference is simply that a Relfie is a selfie with former MSU QB Chris Relf.  Relf, the former sledgehammer dressed as a Mississippi State quarterback from 2009 to 2011, is a bit of an elusive figure to capture on film, which makes the Relfie a prized and rare event.  Still, we've seen a few lucky self-portraiters capture a shot with the MSU QB.  Let's take a look at a few of those

This young person decided to grab a quick self-shot before boarding the train, and look at what they captured!  That's non other than Mr. Relf himself, captured in a rare moment in the wild.  There's a strong chance that Chris was headed to barrel through that train on the way to another rushing touchdown, and this young person captured the moment on camera!  What a special picture to be able to take. 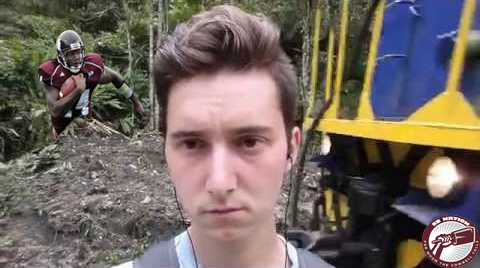 At the Oscars and want to make the event even more memorable?  Snap a Relfie!  Including a bunch of other ridiculously famous people in one picture is one thing, but having all those people snuggled in with a quarterback who could drag them all 100 yards by his ankles to paydirt is even more special. 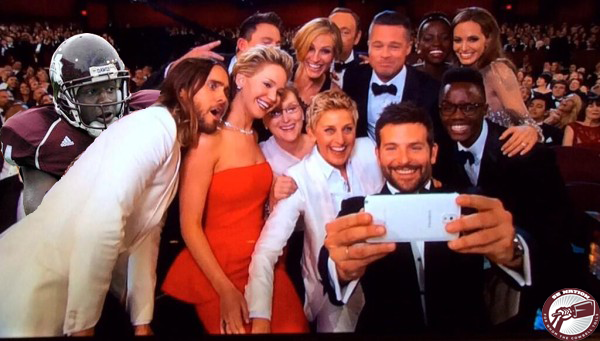 Going into outer space soon?  Well, I can't think of a better time to snap a Relfie.  Space exploration can be a crapshoot because you either find an alien species that wants to kill you or you just find some rocks that look like the ones your kid bangs together in the back yard at home.  So why not jazz that up with a Relfie?  When you feel like you're having a moment from Gravity where you're all alone, go ahead and snap a picture with Chris; hey, you did it!  I think that one is from the 2011 Gator Bowl.  You can almost make out Rich Rodriguez's tears through the clouds. 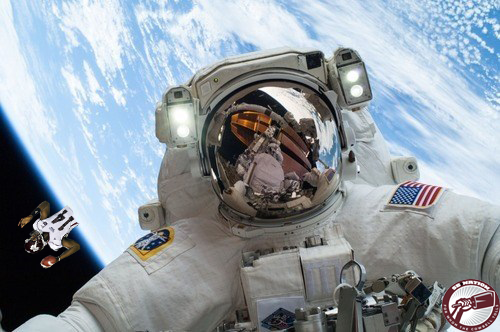 Absolutely, winning a world championship in your respective sport is a lifetime achievement that is worth celebrating with a group self-photo.  But if you take one, you're going to want to include a man whose has the authority and leadership to lead the free world to an Egg Bowl win.  What, did you think I was going to say "lead the free world?" Anyone can get a picture with the president* [*note: probably not anyone], but it's a pretty big achievement to grab a shot with Chris Relf in one of his rarest moments: A forward pass.  Congrats, Big Papi, you did it! 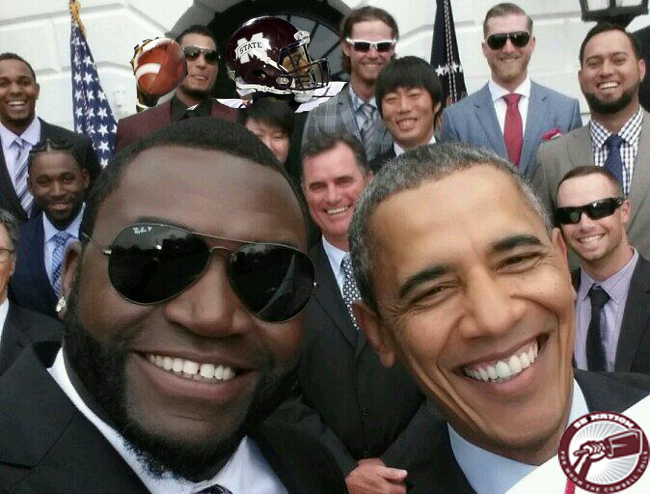 So remember friends when you're out and about and you're about to snap that selfie to post to Instagram for the 1,000th time, take a look around and see if you can spot the elusive Relf.  You just never know when your selfie can turn into the trend that's about to take over the nation: A Relfie!