We offer up some suggestions on what to put on the back of the new north endzone video board.

Share All sharing options for: Design suggestions for the back of the new video board at Davis Wade

We're now just over one week out from the expected completion date for the new north endzone expansion, and with things nearly complete, one fan asked an important question of Scott Stricklin last week:

Yes #staytuned RT @j_mcdaniel05: Will anything be put on the back of the new video board? @stricklinMSU pic.twitter.com/v4zl3b6lGm

That's an important point: The new video board has a lot of square footage to cover on the backside, so it's important to get something on there to jazz it up a bit.  With that in mind, we decided to take matters into our own hands and pitch a few ideas to the school for what should go back there. 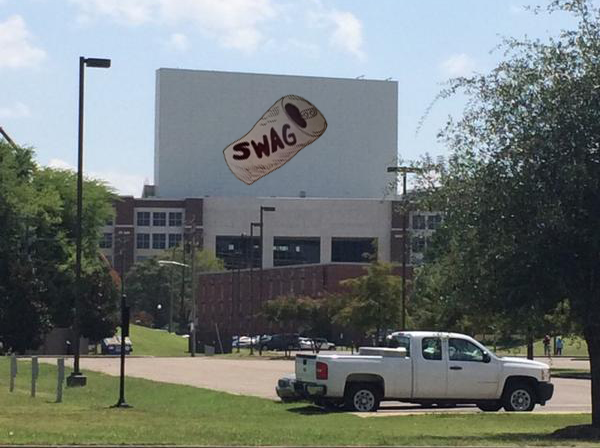 #SWAG  Mississippi State extended the contract of one of the best defensive coordinators in the country this past spring, and little did y'all know that a secret line in his contract stated that he gets full design control over the back of the video board.  It's simple.  It's elegant.  It's SWAG. 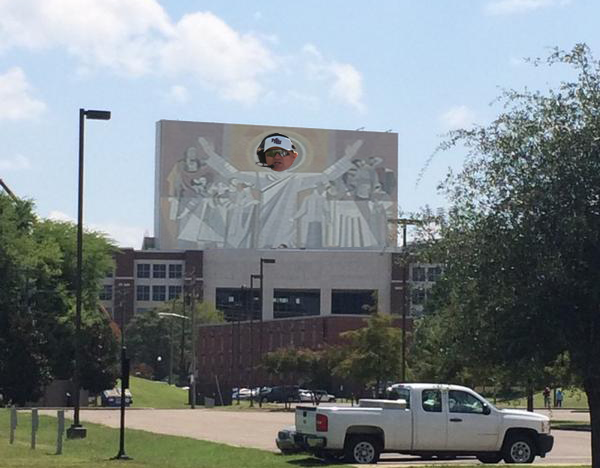 Make no mistake: This is not meant to be sacrilegious, nor is it a suggestion that you should worship JWS as a deity.  All we're trying to say is that 3rd & 57 was a spiritual moment for us, and that we should all remember thoth day thoust Jackie Wayne didth destroy Steven Spurrier, and keep it holy.

That company that designs uniforms 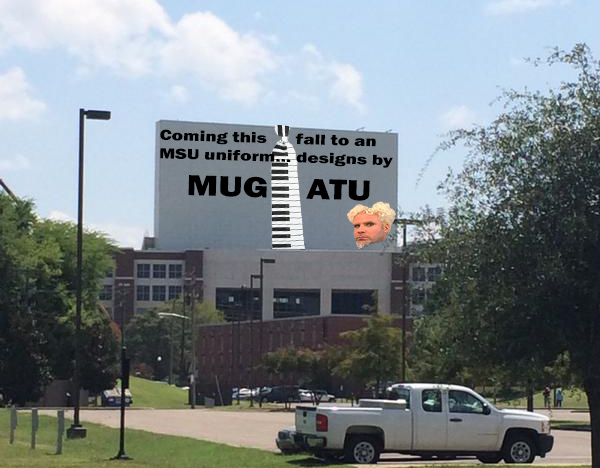 MSU reportedly made a lot of money off of that company that designs its uniforms in the latest contract extension, so why not take one more opportunity to get a little ad revenue from the clothing giant?  From now on, [company name redacted] will use the back of DWS-north's video board to preview new lines it plans to release soon.  This one looks as though it could revolutionize the business-class world. 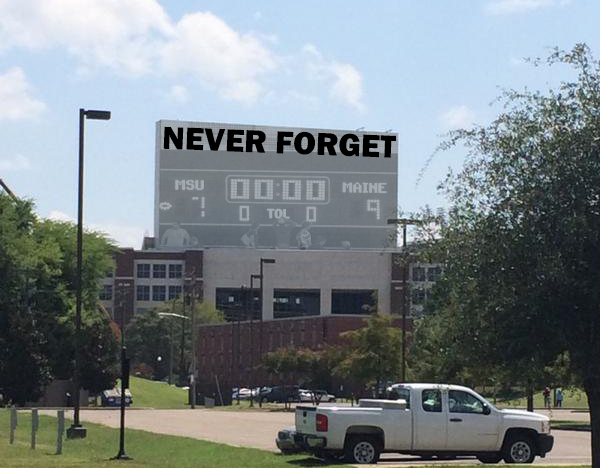 Those who cannot remember the past are condemned to repeat it. -- George Santayana, late 1800s/early 1900s, Sylvester Croom, 2004

So that all of those who walk through these gates never forget how far we've come.