College Mascots and Their Doppelgangers

Share All sharing options for: College Mascots and Their Doppelgangers

Here's the original tweet from SB Nation's own Rodger Sherman that sparked the idea for this article:

This got us thinking, what other college mascots and logos have eerie lookalikes? Here's a few that we thought of: 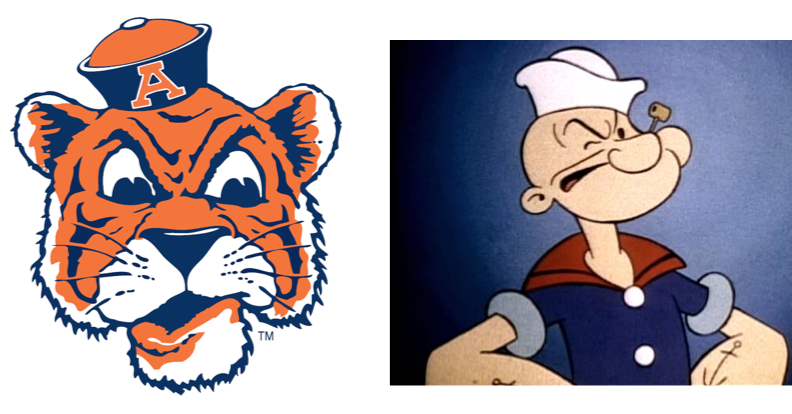 I have no idea why Auburn ever used this logo. The Tiger has a weird look on its face, its mouth is cocked open to one side, and its wearing a dainty little sailor's hat. What were they going for with that, besides stealing Popeye's signature look? I like to imagine that Shug Jordan was a huge Popeye fan so he made the university create and use a Popeye-based logo. 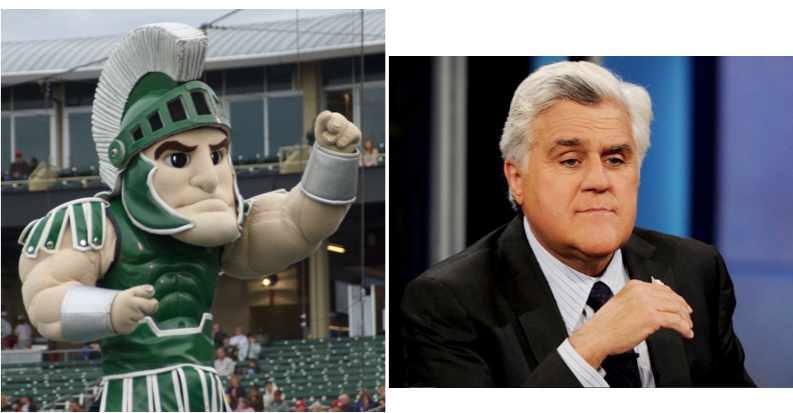 Sparty the Spartan looks like Jay Leno took a costume from the movie 300, spray painted it green, put it on, and then showed up in East Lansing, MI to scare little children at football games with his over sized chin. 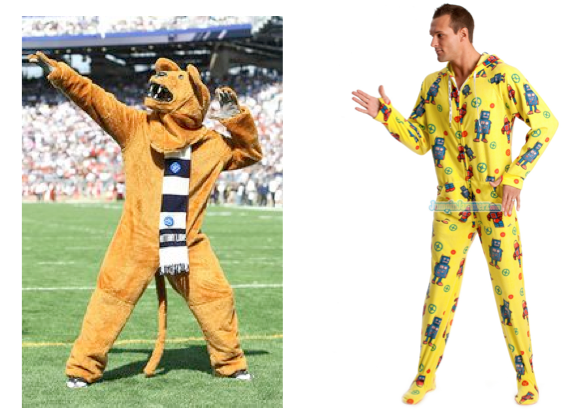 Without a doubt, the Penn State Nittany Lion mascot is the laziest/worst mascot outfit in all of college sports. It looks like a Halloween costume some Penn State fan's mom made in 1982 and now the guy just wears it to every home football game but only washes it once year.

This may be my favorite out of the bunch. When your mascot is clearly based off of Burt Reynold's character in Smokey and the Bandit, you've done something right. Albeit, Pistol Pete's huge plastic head is pretty frightening.

Obviously, USM stole that mascot head from the set of the Muppets and then put hair all over it so no one would notice. Well, we caught you red-handed Southern Miss! You're not fooling anyone! 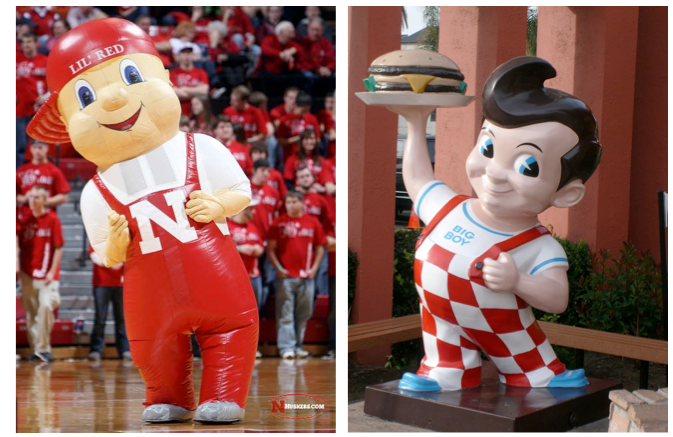 So, Lil' Red is Bob's Big Boy with a stupid sideways hat on except he doesn't serve tasty hamburgers like Big Boy. Hey Nebraska, if you're going to copy a fast food restaurant for your mascot, at least let him give out hamburgers at games or something, it's the least you could do.

Yep, Wichita State's mascot looks like Marty McFly's dad in Back to the Future. I don't know if that's a good or bad thing. You decide.

I say, I say, I say Kansas ripped off the Looney Toons to make their logo. 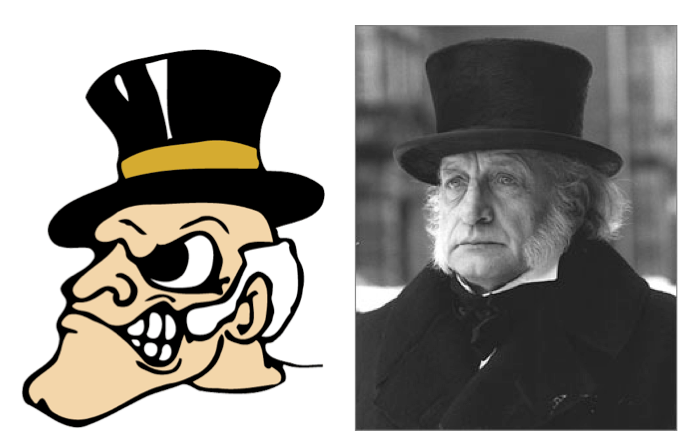 Wake Forest just doesn't seem like a fun place to go to college. All of their sports teams are pretty bad and their mascot looks like the man who ruined the holidays for everyone in A Christmas Carol. Vanderbilt has the Commodore, which looks pretty pretty similar but at least he's a ship captain and not a demonic preacher. 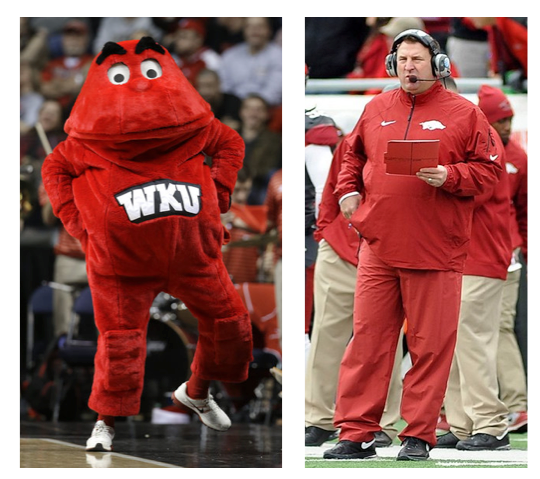 One of these things is big, round, dressed in all red and acts ridiculous all the time and the other one is Western Kentucky's mascot. I mean, can you even tell which one is Big Red and which one is Bielema? It's uncanny. And now that I'm thinking about, I will be referrering to Bret Bielema as "Big Red" from here on out.