Share All sharing options for: 12 Days of MSU History for Christmas, Day 12: The 1985 MSU baseball team

There may not be a better place to start off our series than with one of the best teams to ever don the maroon and white. Before this past year's magical College World Series run with the bench mobb, the 1985 Mississippi State baseball team was the team by which all others in MSU's baseball history were judged. That team had it all: hitting, fielding, pitching, and a nasty bullpen. They would ultimately finish third in the country that season at the College World Series, but most State fans will always remember them as the best team in college baseball that season. 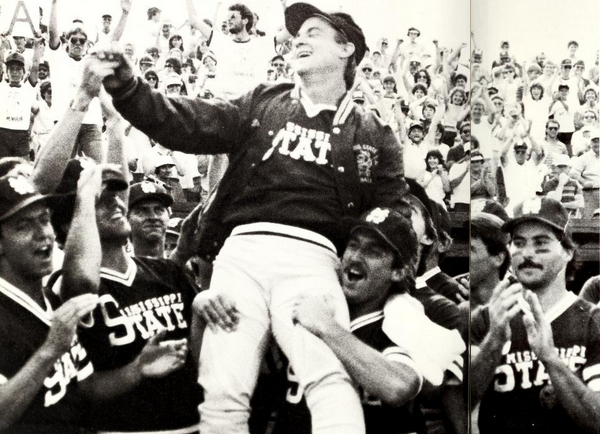 That team, who finished with a sparkling 50-15 record, would feature countless players that moved on to the major leagues, including Will Clark, Rafael Palmeiro, Jeff Brantley, and Bobby Thigpen. Some of the numbers I've seen from that year are just absurd, including Will Clark's .420 average, his 25 home runs coupled with Palmeiro's 20, Jeff Brantley's 18 wins in 23 starts, as well as Gene Morgan's 14 wins. None of those even mention Bobby Thigpen, who would come in from right field and shut down opponents Holder-style after playing a full game in the field. Talking with friends and family who witnessed that season, they tell me that there was nothing like Thigpen -- who would go on to break the MLB single season saves record in 1990, and hold it for 18 years until 2008 -- trotting in from right; "you knew hitters had no chance." Really it seems like that whole team was untouchable; like a group of men playing against boys. Clark would go on to win the Golden Spikes Award as well, and three Bulldogs -- he, Brantley, and Palmeiro -- would be named All-American. 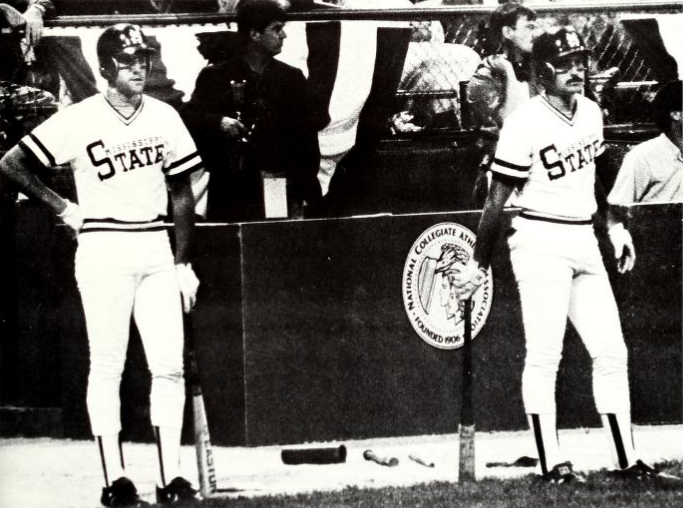 in 1985, there was no more fearsome a duo that a pitcher could face than these two.

Despite the mountain of accolades, talent, and wins, the 1985 team fell just short of a national title, losing to Texas 12-7 before taking the nail in the coffin -- a 6-5 loss to eventual champion Miami to be sent home. Even though they didn't quite win it all that season, State fans will forever remember the dream team with fondness, and a sense of legend around them.

Photographs taken from the 1986 MSU Reveille, used with permission and courtesy of the Mississippi State University Libraries, University Archives.