In 2014, Davis Wade Stadium will celebrate its 100th season of hosting Mississippi State football. That's quite an accomplishment, and it's even more impressive given the renovated state that it will be in when State kicks off against Southern Miss next fall. As all State fans know the football relic is in the final months of completion to its facelift and expansion: an expansion that will see capacity grow to over 61,000 for the first time in its 100 year history. It's safe to say that Davis Wade will be the perfect home for Bulldog fans to enjoy MSU football like never before, but as we come close to enjoying the spoils of a renovated stadium, it's important to also know where the ole gal has come from along the way. 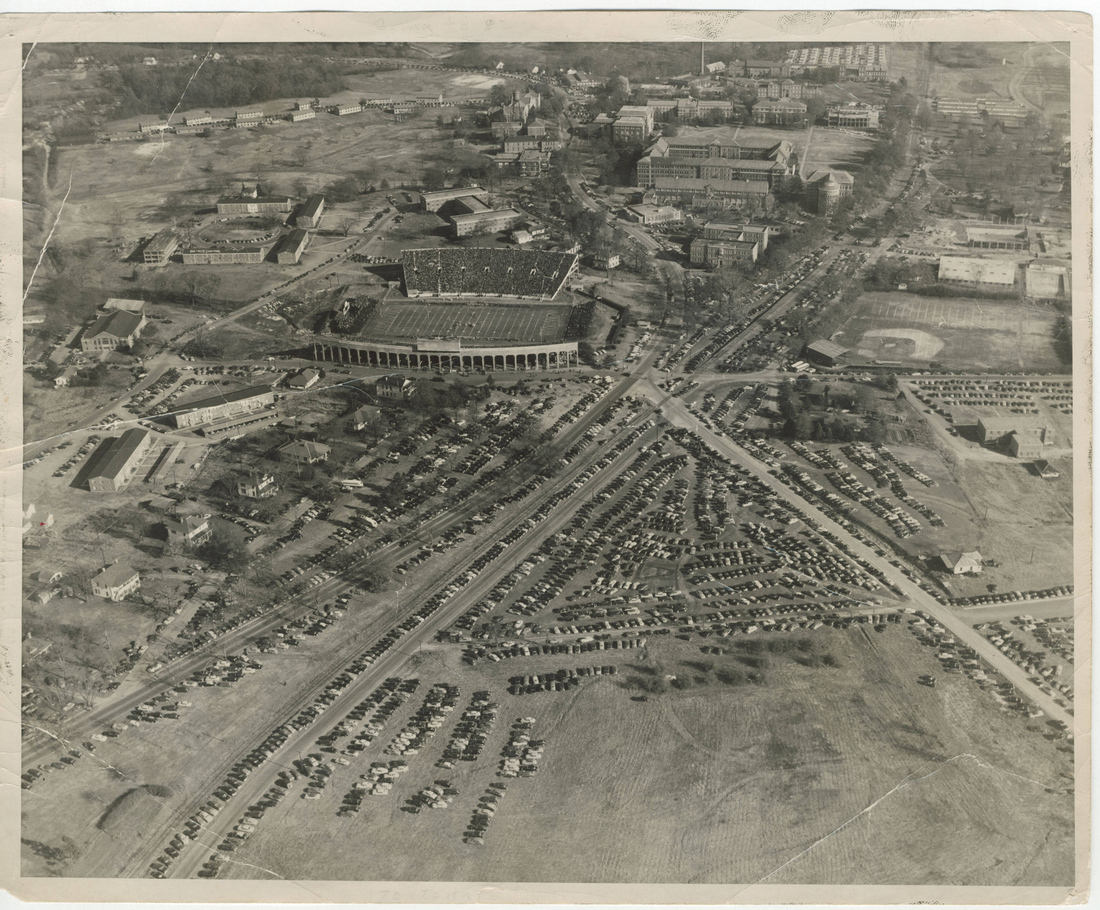 view a larger resolution version of the photograph here.

In 1949, our home stadium looked just as you see in the picture above. Having just undergone an expansion to 35,000 the year prior, Davis Wade was looking good for a stadium that had been around awhile. It's fascinating to me to not only see the stadium in various stages of its capacity and so forth, but to see how much campus has changed around it as well. As you can see the old baseball field is located where, I believe, Dorman Hall now is, and quite a few other changes have taken place directly adjacent to the stadium as well as all around campus.

I wonder what the fans in attendance at the game shown in this picture would say if we told them that 65 years later the stadium would hold 61,000+, have two giant video screens, and more importantly would still be standing in the same place that it is today. I'm inclined to think that they'd try to have us committed.