1980 was a big year for Mississippi State football. The Bulldogs took down Miami (FL), #1 Alabama, and LSU, all en route to a 9-2 regular season finish, and a Sun Bowl berth for head coach Emory Bellard. Even though the Sun Bowl wouldn't go their way -- State bowed out 31-17 to Nebraska and Tom Osborne -- the game did have some positive to it, as at least one famous alumnus was able to make the trip. 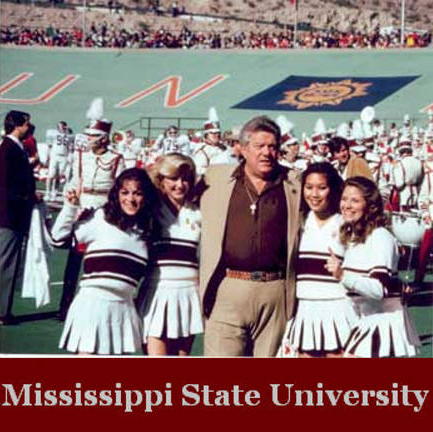 Howard Gerald Clower, known to most of us as Jerry Clower, was in attendance that day to see the Bulldogs take on the Cornhuskers in the Sun Bowl. Clower, a famous southern comedian -- or more accurately, a famous southern story teller -- from Yazoo City, was a graduate of Mississippi State himself, finishing school in the early 1950s before working as a county agent, seed salesman, and fertilizer salesman, before eventually "telling stories" full time as a comedian. 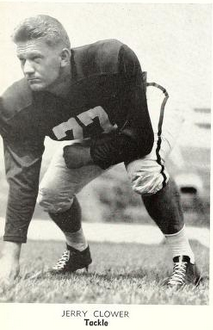 Clower played for both MSU legendary coach Allyn McKeen and the man who followed him, Slick Morton, and he also played along side Shorty McWilliams, and a man some may know of, Leo Seal. The teams Clower played with ranged from 8-2 to 0-8 in his final season, and while the success varied during his tenure, I can imagine that his fellow players always stayed entertained with Jerry's tall tales, even if they did all take 45 minutes to an hour a piece to tell.

One other bit of information on Clower is that his work in the entertainment industry helped him have an effect on MSU athletics in other sports outside of football. Remember Jon Knott, the MSU slugger whose plate appearances from 1998 to 2001 elicited the "knock it out, John" calls from the Dudy Noble Field faithful? Well that phrase was derived from one of Jerry's stories.