Reviewing MSU's performance last week and preparing you, the reader, for the upcoming week's worth of games.

Each week from here on out, we will take a look on Monday at the previous week's results, as well as what is upcoming this week for the MSU men's basketball team.

Mississippi State watched its undefeated SEC start slip away in big fashion last Wednesday night at the Hump as Alabama simply outmanned and out-shot the Bulldogs, taking away an easy 75-43 victory. Despite the score, the game was actually quite close throughout the first half, until MSU strung together a few bad possessions towards the end, and Alabama found themselves with an eight point halftime advantage. It didn't help MSU that that cold shooting and poor execution continued in the second half, as Alabama strung out a 12-3 run to a 27-3 run, all but putting the game completely out of reach of MSU's grasp. We all knew this type of game was coming -- where MSU simply did not play well and the depth and height concerns would rear their heads -- so the lopsided loss was not all that surprising. Still, that didn't stop Rick Ray from being highly disappointed in his team following the game.

"I was disappointed in how we competed," MSU head coach Rick Ray said. "You could tell in practice the last couple of days, the kids were satisfied with the 2-0 start (in SEC play). For the first time this year, I was disappointed in our competitive nature. We have beaten on the floor in some games, but I thought we always competed."

"In this game, we played as individuals. As individuals, we are not very good." (quote via HailState.com)

Still, after the game, I think MSU was still ahead of the curve as to where people expected them to be at this juncture of the season. A disappointing loss, sure, but the 2-0 start to SEC play was unexpected, so take the positives where you can to go along with the negatives.

Mississippi State again played a close game in the first half Saturday, only to see the game slip away from them late. The Bulldogs simply could not contain Tennessee on the inside, as again State's lack of height in the low post plagued them on the defensive end. Jarnell Stokes poured in 18 points to go with 11 rebounds for the Volunteers, and that was enough to give the orange and white the 72-57 win Saturday afternoon in Knoxville.

This week was a disappointment for MSU, seeing their 2-0 SEC start fall to a 2-2 record after double digit losses to both Alabama and Tennessee. The Bulldogs did play much better in the Tennessee game Saturday following Wednesday's blowout loss to Alabama at home, so there is some positive to take away from the week. We will give State the Flat Top 2 ranking for this week; not the lowest ranking, but due to taking two losses on the week, we can't go up to three either. (For reference, here's the highest rating, Flat Top 5) 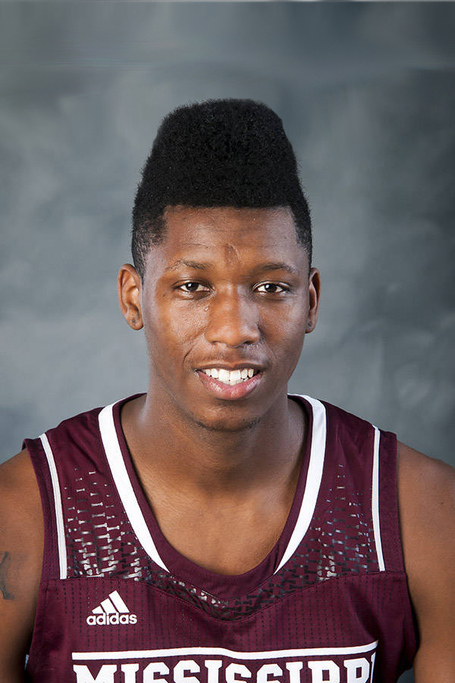 Arkansas (11-6) comes in to Wednesday's matchup on the heels of a 76-64 loss Saturday in Oxford against Ole Miss. The Hogs have had a pretty good season so far, and find themselves in the upper-half of the SEC pile. But it remains to be seen if they will be able to prove themselves more than just an NIT worthy squad in 2013. MSU has traditionally never played well on the road at Bud Walton Arena, and with the thin roster and Arkansas' relentless pressure, this game could be no different. The Bulldogs will look to hopefully correct issues that plagued them in two SEC losses last week.
In a mediocre at best SEC so far this year, Florida (14-2) is the one elite program left at the top so far that we expected to be there. The Gators only two losses came at the hands of Arizona and Kansas State, and they have been on a hot streak as of late, winning 6 in a row, including blowout wins over Texas A&M, 68-47, and Missouri, 83-52. This could prove to be quite a tough task for MSU on Saturday, even if the game is at the Hump.