2013-14 MSU Basketball: 7 things in advance of tonight's opener, and why the Dogs will be better

Head coach Rick Ray kicks of his second season in Starkville as the head coach tonight as the Bulldogs welcome in Prairie View A&M.

Share All sharing options for: 2013-14 MSU Basketball: 7 things in advance of tonight's opener, and why the Dogs will be better 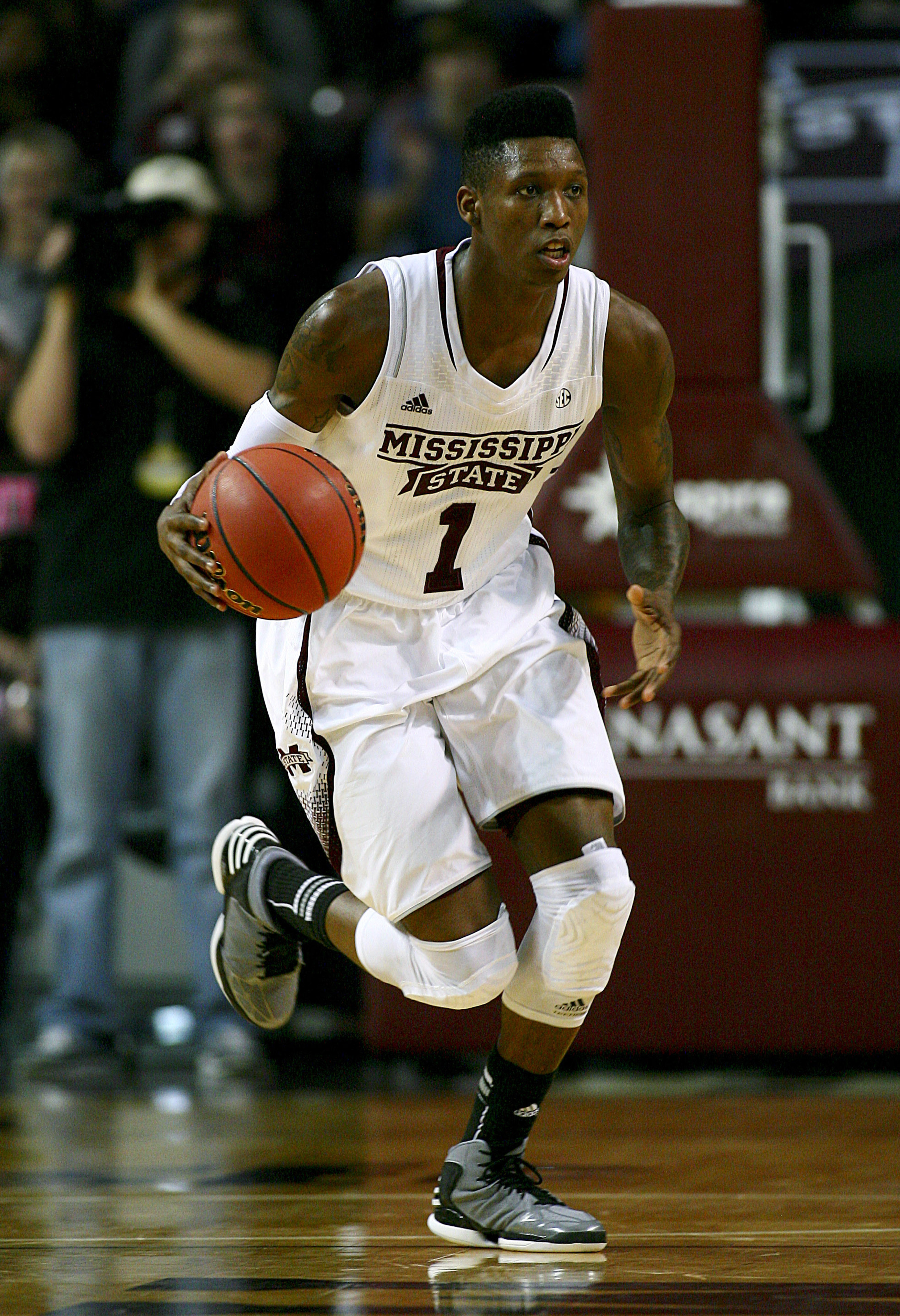 To say that the 2012-13 MSU basketball season was a forgettable one would be the biggest understatement since Dontae Walker was a bust. Head coach Rick Ray and the severely shortened Bulldog roster struggled to just a 10-22 record on the season, and really that may have been better than some expected. Don't get me wrong, I blame zero of the season's result on Ray or any of the players on the squad. All parties walked into a situation that resembled a 11-story burning building, and they did their best to salvage what they could against a nightmare schedule with a piecemealed roster.

But today marks a new day. Injuries have healed, the roster is a bit more fortified if only slightly, and the schedule is more inviting as the Bulldogs open the 2013-14 campaign tonight against Prairie View A&M at The Hump. In advance of tonight's 7pm opener, let's take a look at seven things you need to know about this team and this season.

The schedule will be better

Even a full roster for MSU would have proved to have a tough season in 2012-13 against that brutal schedule. The Bulldogs had to travel to the Maui Invitational with basically a starting five worth of healthy scholarship players. They then had to take on North Carolina, Marquette, and Texas: all basketball powers that even in a down year could handle a lot of teams. After that things eased only slightly until SEC season got here. State would sustain 13 straight losses in conference play after starting 3-0 before a win over Ole Miss halted that horrendous slide.

This year -- at least on paper -- the schedule looks to be a much more smooth path for the Bulldogs to gain some wins in year two under Ray. The non-conference slate is a good bit lighter in the SOS department, but that's a good thing when you're a program in need of wins period and not RPI points. State's toughest tests before SEC play starts are against Utah State on the road and a potential bout with UNLV in Sin City just before Christmas. Other than that, things look VERY winnable in the 11 games MSU has before traveling to Kentucky to open the SEC slate. Even in the SEC slate things seem to be much easier, as the Bulldogs' nine home conference games feature probably six that are very winnable. That's a big upgrade for a team that won just four all of last year.

The roster is a bit more full

Granted, State did drop two more players prior to this season in Jalen Steele and Wendell Lewis, but things on the whole seem to have improved as far as depth and scholarship talent is concerned. Just thing about this: when MSU took on Troy in last year's season opener, the Bulldogs played EIGHT players total. Seven of those were scholarship players, and five of the eight had never seen action at the division one level before (three were true freshman).

Tonight, MSU will start three sophomores that played the entire season last year, as well as a seasoned senior and a true freshman. The Bulldogs will also add to the rotation injured guards Andre Applewhite and Jacoby Davis, who BOTH missed the entire season last year with torn ACL's. The Bulldogs will probably play as many as nine to 11 players tonight, which although still thin, is a vast improvement from last year. Roster help is here, and things will only continue to improve going forward.

Craig Sword, Fred Thomas, and Gavin Ware are by all means SEC caliber players for any team in this league. However, under most circumstances a coach would have probably redshirted at least two in hopes of getting them more practice and more time in the weight room before jumping straight to division one. That wasn't a luxury that MSU had last season however, so the trio jumped right in and played all year.

The bad thing is that they struggled and had to endure a season's worth of bad losses and deeper opponents. The good things is that they survived it, and are all now seasoned sophomores and leaders for the Bulldog basketball team. State will play some more freshman this season without a doubt, but those newbies will have Sword, Thomas and Ware to help guide them.

The frontcourt is still really thin

Things can't all be rosie sometimes, and MSU's frontcourt is that point of concern for this team. The Bulldogs will again rely quite heavily on Gavin Ware at Center, and Colin Borchert will team up with Ware to essentially man State's entire big men grouping. Roquez Johnson will spell one of the two and should play a bit, but even Johnson is a wiry 6'7", so his provides very little in the way of big boy build in the low post. 6'10" big man Fallou Ndoye is out until next season after he received partial qualifier status earlier this year, so it looks like it will basically be the trio of Ware, Borchert, and Johnson manning the low block.

MSU will upset someone

Like we said, last year was just brutal for this team. State racked up numerous losses by substantial double digits, but when they did win, there was just something special about them that you couldn't quite quantify. Though the roster is still thin and the road uphill heading back to an above .500 season and postseason play, I just feel like this team has it in them to upset somebody. I have no idea who or the magnitude of the win they could produce, but it just feels like this unit could come out in one night and put together a game that would take down a team they'd lose 49 times out of 50 to. We shall see.

You need to know about Fred Thomas' hair

State struggled the majority of the season last year, but one player's 'do helped him quickly become my favorite player (see above picture for awesomeness).

We've seen the flat top start making a come back in recent years, but Thomas was one of the first that I remember rocking one as the trend started back up. I don't know if there's an All-SEC hair team somewhere, but if there is and he isn't first team, everything else in this world is a lie.

(Also: Tyson Cunningham will give us all severe beard-envy).

Improving on a ten win total may not mean much to most teams, but to this team it will mean another step in the right direction towards becoming a contender in the SEC again. Like we touched on at the top, the schedule is much better, and that should help MSU's quest to improve on its 2012-13 season.

When I look at the schedule, I honestly see a wins range somewhere between 13 and maybe 17. I think State probably falls somewhere in the middle of that when it's all said and done, but the potential is there for improvement. Could the young Bulldogs even push for an NIT berth? It would take them winning all of the games that they "should" along with maybe a road/home upset or two sprinkled in, but I don't think it's out of the question. We'll really learn a lot in the next several weeks as to how far this team has come from last year, but right now, I see no reason why Rick Ray and a young, thin MSU team can't put 2012-13 behind them, and climb one more rung up the ladder of program success.