Come inside to see if MSU was able to end the 13 game winning streak in the digital version of this heated SEC West series.

It's week five in the 2013 Mississippi State digital season, and so far things have gone pretty well for the Bulldogs in the game (at least) MSU stands at 3-1, with a big matchup against the #7 and 4-1 LSU Tigers. Can the Bulldogs overcome the thirteen game losing streak on my TV? Let's find out. 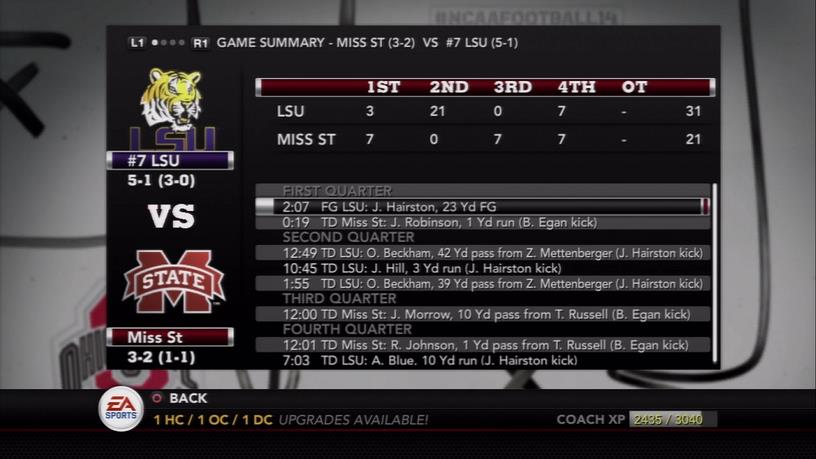 It appears that, as is the case in real life, so is the case in the NCAA Football game, as the Tigers rule supreme in this matchup, coming away victorious at 31-21. Let's take a quick look at the stats for this game: 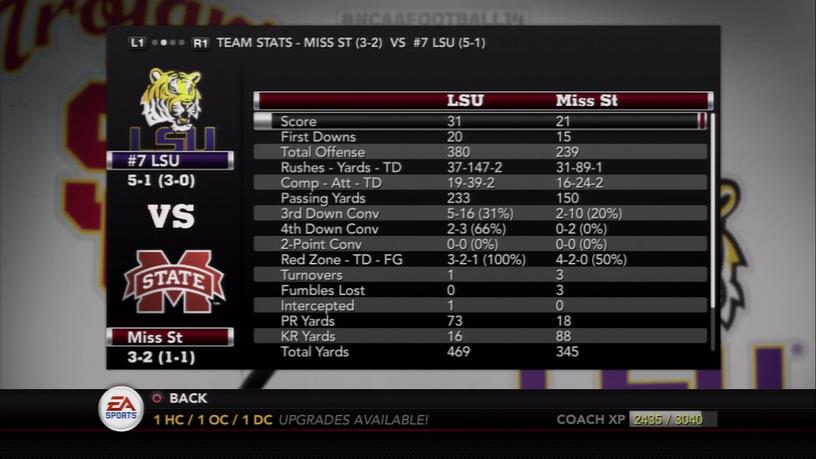 Man that screenshot tells the tale of what happened in this sim. State fumbled the ball three times, stunk it up on 3rd down, and could not get the passing game going against the talented LSU secondary. The first downs were close, but in the end LSU had more than enough to win (and by slightly more than the spread!). 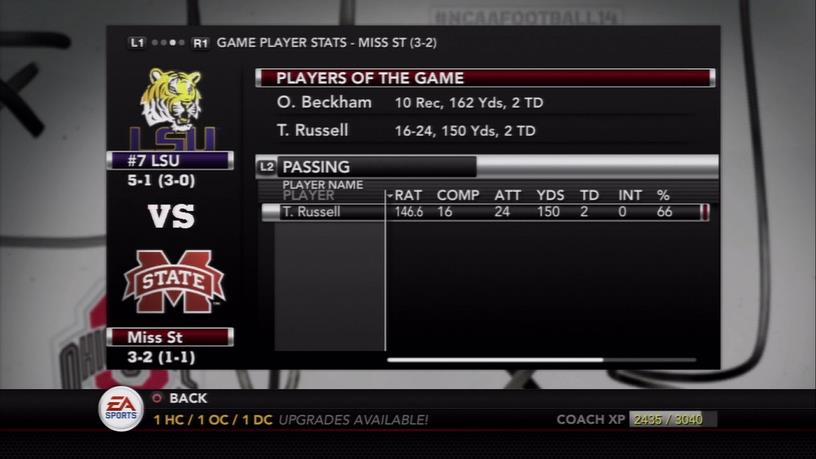 Tyler gets all the stats here, due to the fact that I added him back to my roster since he is technically playing this weekend. See my note below further on why Dak isn't featured more in the stats, and also as a place to direct your rage that I did not format a simulated game the way you wanted me to. 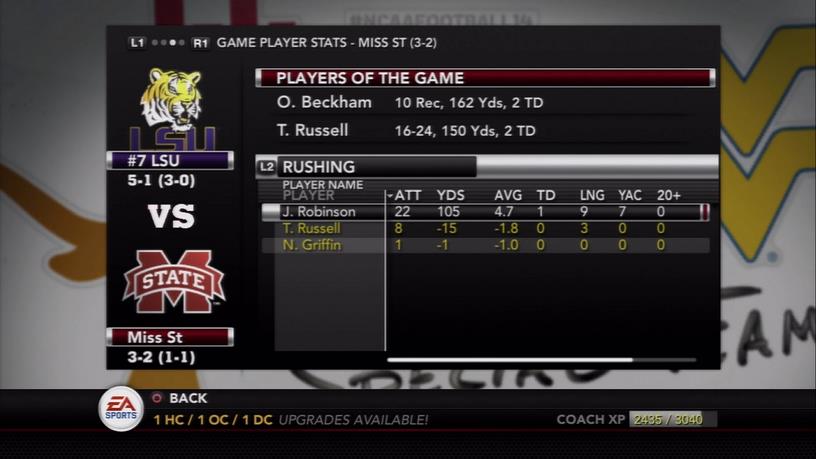 I forgot to mention this for the Troy sim, but in the simmed season Perkins tore an abdominal muscle, and he's out for another two weeks after this game. That's why you see Robinson featured primarily, but man, he's filled in nicely in Perkins' place. 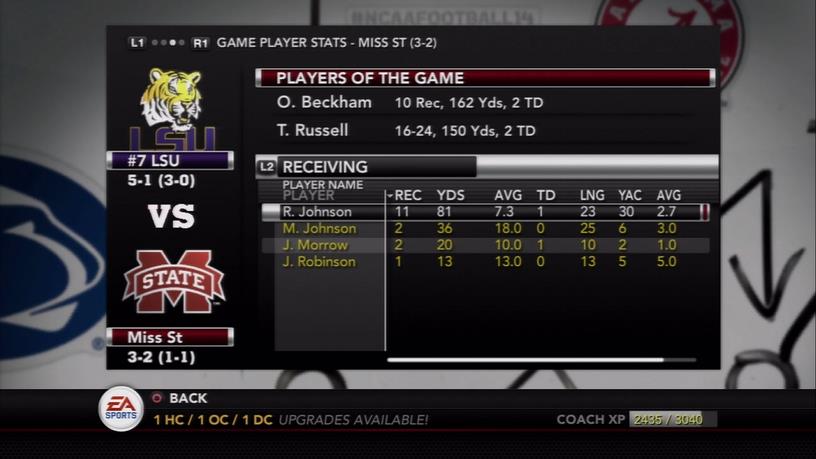 Robert Johnson continues to be a reliable option in the offense, and this game was no exception to that. 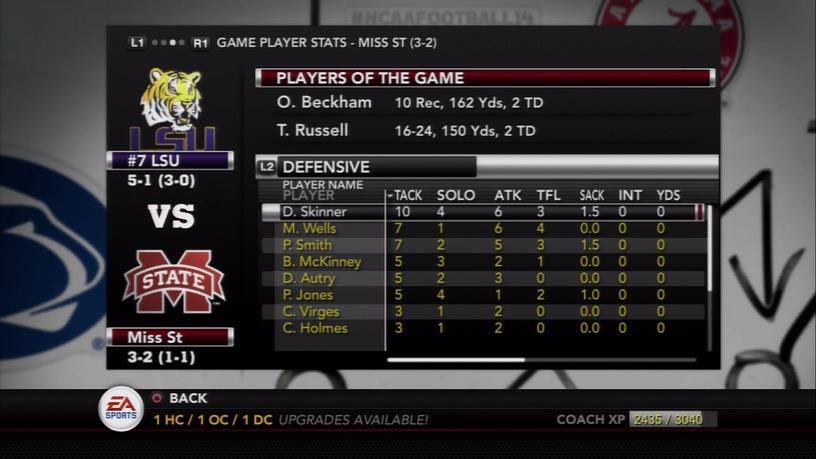 Man, Deonte Skinner killed it in this one.

Overall, this simulation really reflects what I could see happening on Saturday. MSU has struggled at times with falling behind and having to claw back in games, and after a huge second quarter in the sim, that's exactly what they had to do. A closely contested game, but as always, just short of the prize it is for MSU.

One of the things you notice is the lack of Dak Prescott on the stats screen. On this game it's hard to really edit the rotation of your QBs in a simulation setting the way you want them, so ultimately when I added Russell back in, he became the starter and played the whole game. Now, is this a reflection of what I think will happen Saturday night? No, not at all. But I did add Russell back in because technically****** he will be the starter Saturday, probably. Could Dak have won us the simmed game? Probably, but as State fans, we're ingrained to assume that about every backup QB, for every game console, and in real life as well.

I guess we'll just have to wait and see Saturday how accurate this week's sim really is.