See how the fighting digital Bulldogs of digital Mississippi State University fared against those digital Cowboys.

Note:  these probably won't be as well put together as Chris' last year, but still, it's always interesting to at least take a brief glimpse at what the world of video games sees for each week's matchups.  Normally this post will come earlier in the day on Friday, but for this week, please accept my homework late, Mrs. Sanders.

Most of us by now have long since dusted off and cranked up the gaming systems, as EA Sports released its latest edition of the NCAA Football series back in the first part of July.  Some have probably already played 14 seasons with one team, some have played with 50 different teams already, and some of us have just played a game here or there, waiting for the actual season to start to really get in the mood for football.

Firing up the PS3 earlier this evening, I decided to take a look to see what NCAA FB '14 thought about tomorrow's matchup with Oklahoma State.  My settings weren't anything fancy: 5 minute quarters, varsity, etc.; all the stock settings that come when you begin a dynasty.  I opted for the dynasty to make it easier to keep up with all the sims this season, and so I could have an easier view of the post game stats and notes.

And without further adieu... 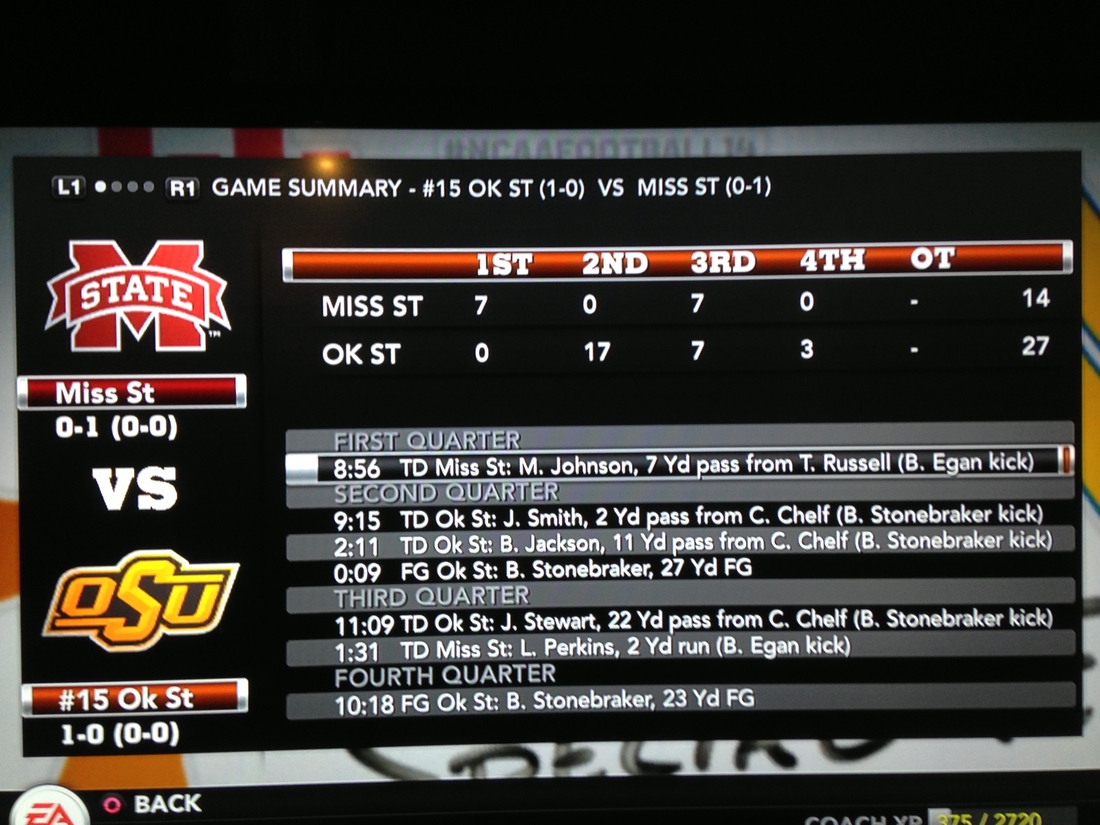 Well, it looks like things started off pretty well for MSU, but the second quarter was what did us in, as the 'Pokes put 17 on the board to cruise to a 27-14 win in the digital Texas Kickoff Classic.

I guess that's a respectable score, as digital football season openers go, but still, it's a bit disappointing.  Let's take a further look at the stats to see more of the story of what happened. 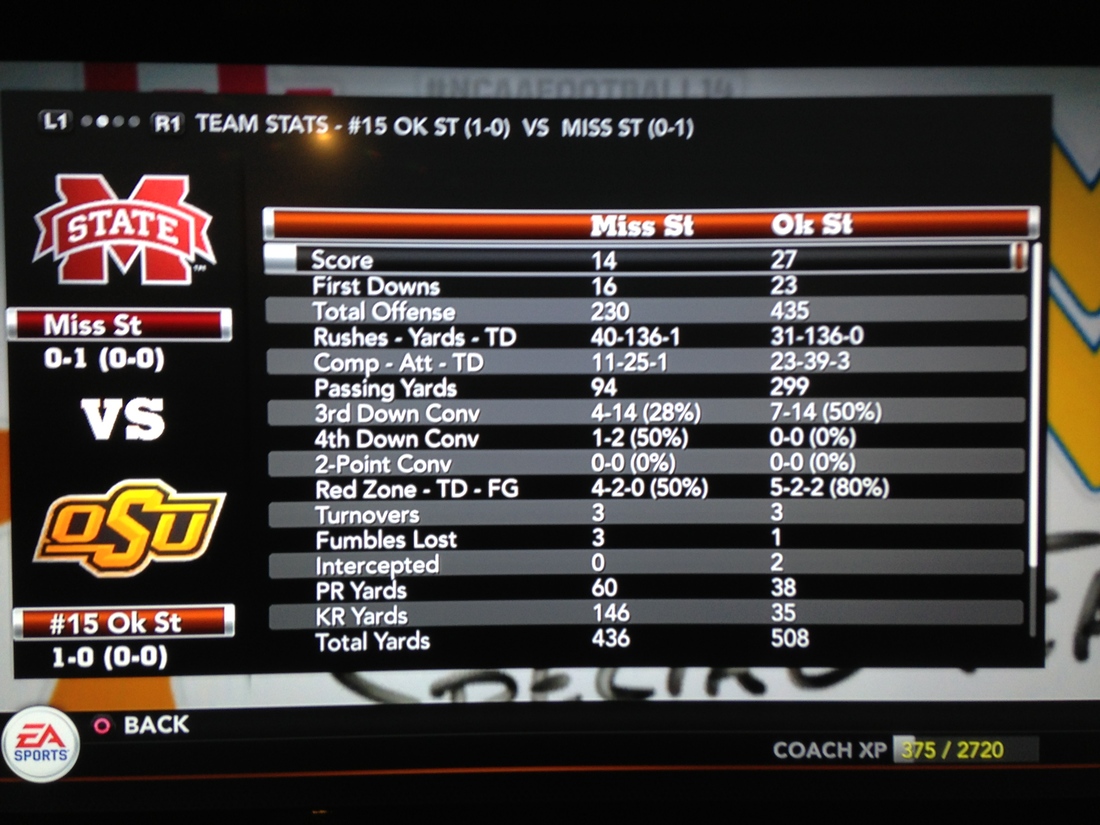 Even though State did put together 16 first downs, the offense was stagnant, and Oklahoma State was able to rack up nearly twice as many yards overall.  Tyler had just 94 yards passing with a touchdown to Malcolm Johnson, and State's RBs totaled 136 yards.  I started to give you the screenshots of each stat category, but there really weren't any to brag about.  No single MSU rusher had over 100 yards, and obviously no receiver did either.  Denico Autry did have a monster game though, registering something along the lines of 10 tackles, 3 tackles for loss, and 1.5 sacks.

In the end, let's not let this digital defeat dampen our spirits for tomorrow.  Let's simply hope for different results when the life sized version of the game takes place in Houston.

More from For Whom the Cowbell Tolls: