it's Wednesday. That means it is time to filter out all the junk and show you the best links so far this week. But first, a photo to show you what we are up against this weekend. 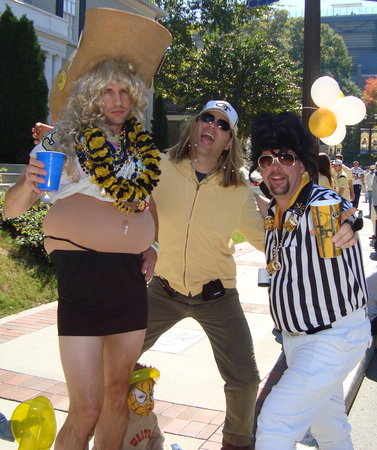 Obviously, these guys have been staring at their calculators for way too long. On to the links!

Following in the grand southern tradition of ladies first, lets see what the Georgia Tech folks are talking about.

The AJC has a good writeup of what GaTech fans can expect from this year's Mississippi State team - and we aren't the same team as last year.

This isn't the same team that the Jackets hammered last season. MSU can actually move the ball this season, something it couldn't do last year.

Staying in Atlanta, the AJC also says that the Bulldogs are ready for Tech's rushing attack. Especially Jamar Chaney.

"It’s going to be a great experience because I didn’t play against them last year," said MSU senior linebacker Jamar Chaney, whose 24 tackles rank second on the team. "They put up 400 yards on us last year just in rushing yards. We gave up 390 yards rushing already to Auburn this year, but that is something that should never happen."

The Yellow Jackets are also dealing with some injuries on defense - LB Kyle Jackson (foot) and DE Robert Hall (knee),

But the difference is Mississippi State’s proved that against teams that are actually decent, unlike the Tar Heels (with the exception of ECU). The Bulldogs have held three of their past four opponents to 194, 157 and 263 yards. That includes LSU, now considered to be a top 5 team.

And finally, our fellow SBN bloggers over at "From The Rumble Seat" have a little history lesson the the Ramblin' Reck of Georgia Tech. We will have a Q/A session posted with them sometime tomorrow, so watch out for that.