*This started out a (fake) interview, but turned into Ron Polk telling us how things used to be in the glory days. 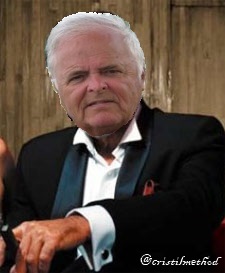 thecristilmethod: Hey coach we can't thank you enough for sitting down with us, I know you have a busy...

Ron Polk: (interrupts)... you smell that?

Ron Polk: smells like a room that has no cigar smoke, so i'm about to change that.  (lights up a stogie, begins monologue) did i ever tell you about the time WIll Clark and I drank a handle of Beam at the top of the left field foul poll? That's a story for another time.  Here's the funny thing about life son: you think you have it figured out, and then bam! take a line drive in the twins and you wake up in a buddhist opium den, aka post 1985 college world series.  But you don't want to talk about that, you want to talk about football right? Well I must confess I know very little about that sport. a barbaric one, really.  and are the cheerleaders necessary? there are no floozy's in short skirts out there cheering the boys on when they're in a 3-2 count in the bottom of the 7th at alex box stadium.

but i digress young man, because it's not about cheerleaders, it's about creme brulee.  ever had it? i tell ya, when i was a young man traveling France with nothing but a backpack and a pipeflute, i learned to cook the burnt cream and i tell ya, i fell in love instantly.  most people think my only passion is baseball, but really, it's a tie between baseball and knife throwing.  the only time i ever experienced love outside of the baseball diamond was with a bulgarian knife thrower.  good times.

since you're asking about the time Jeff Brantley and I had a two man band called u me and brantley, yes, it was a wonderful tour.  although we only played three stops before being chased out of a venue in nothing but our skibbies, i've never felt more alive than when we sang a remake of james taylor's fire and rain.  see ole james used to sing some great tunes back in the day when things were grand.  back when you could smoke indoors, and players had mustaches and fro's, and i was allowed to occasionally coach with no pants on.  now everyone's all caught up in their political correctness and their "no you can't teach a kid how to throw a curveball and also how to pick a lock while high on paote."  don't they even know that's the only way i could get raffo and cohen to get along??? paote and lock picking classes builds team unity, better than any stupid fall camp or team brunch ever will.  but i guess what i'm trying to say here mark is that i love working with the kids here at UAB.  And with all of my years at Mississippi State, I'm looking forward to seeing the two schools play on the gridiron saturday.

is that kinda what i was supposed to say for this thing?

thecristilmethod: um, sure coach.  thanks a ton.