In a short week's time, this State basketball team has gone from a lowly home loss to winning in one of basketball's greatest cathedrals. Led by a ferocious Arnett Moultrie's 19 points and 10 boards, State claimed the 2K Sports Classic Championship trophy Friday night with a victory over #16 Arizona. Moultrie was named Tourney MVP for his performance, and Dee Bost was named to the All-Tourney team as well.

I'll be the first to admit that I was furious watching this team sputter and sluggishly lose to Akron last week, but the team on the floor last night and tonight is a whole different ball-club. If, IF this is the team that plays the rest of the year, then we should be in for a fun season State fans.

Ironically enough, the last Pre-Season tourney that State won was in 2000 against, you guessed it, Arizona. Also, MSU won back-to-back games versus a ranked opponent since the 2004 season.

Side Notes on Moultrie:

Last night was his 21st Birthday. PICTURING HIM AND SIDNEY DOING SHOTS IN MANHATTAN LAST NIGHT AFTER THE GAME.

Also, I'm throwing out this early season theory: Moultrie derives all of his power from his chin goatee. Great men usually do. 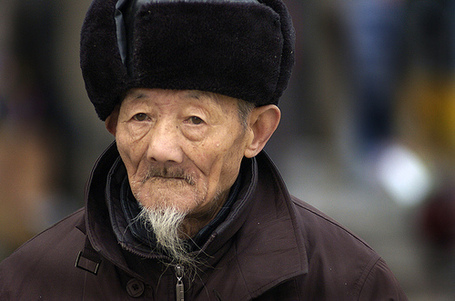 The dawgs will return home for a Monday night matchup with La-Monroe at The Hump.