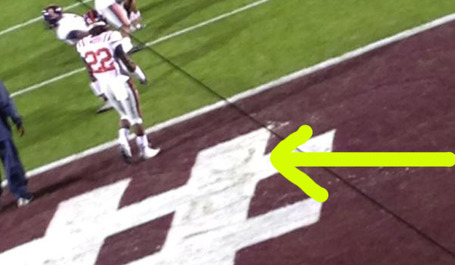 TSUN proved yet again how incredibly high-class they are during Saturday night's Egg Bowl.

Tight End Jamal Mosley decided to write a certain four letter 'F' word in the end zone with his foot during the game.

I suppose that the lack of time Mosley and the rest of the Rebel offense spent in the end zone during their 2011 campaign played a role in his behavior. Maybe he just simply didn't know what to do when he found himself past the goal line. Once confusion set in, he decided to write the first thing that came to mind.

How else would you explain this sort of behavior from such a classy group of folks?