/Butch Thompson enters, still smiling about the results of the day's game earlier.

Butch: Coach Cohen, can I come in?

Butch: Coach, I figured we needed to talk about, well you know, who to start at pitcher for tomorrow's game.

Cohen: BUTCH, I'M GONNA THROW AN IDEA AT YOU, BUT IT'S GONNA BE A REALLLL SCARY.

Butch: You're not thinking about doing what I think you are, are you coach? You're not gonna pitch Lo...

Cohen: SHHHH DON'T SAY HIS NAME BUTCH! YOU KNOW HE HEARS EVERYTHING. HE'S PASSED OUT IN THE ROOM NEXT DOOR CHAINED TO THE BED. HAD TO PUMP HIM FULL OF HORSE TRANQUILIZERS AND SONIC JUNIOR BURGERS JUST TO SUBDUE HIM.

Butch: Okay, I'll just say "L". Coach, do you realize what this means? If we release the "L" to pitch, lives will be lost Coach! Don't you remember last time, against Southern Miss? oh it was horrible...

Cohen: DANGIT MAN SNAP OUT OF IT! (slaps butch across the face) DON'T YOU THINK I REMEMBER THE SOUTHERN GAME BUTCH? MY GOODNESS, 3 OF THE SOUTHERN BOYS WERE NEVER FOUND AGAIN, BUT WAR IS WAR, AND WE MUST DO WHAT'S NECESSARY TO FIGHT ON ANOTHER DAY. FLORIDA HAS ALREADY FIRED THE FIRST SHOT OVER OUR BOW BY RELEASING WHITSON FRIDAY. HE DAD BURN ALMOST TOOK MY HEAD OFF WITH A PITCH WARMING UP, AND I WAS STANDING 300 FEET AWAY IN THE HOT DOG LINE!!!

Butch: You're right coach, we will do what we must to win this war.

Cohen: THEN IT IS SETTLED, TOMORROW WE RELEASE THE POLLO.... THE "L".

Butch: May God forgive us for the things we've decided here.

/9 a.m., the team enters the stadium for game three of the super regional

Cohen: BUTCH, MINGENHOMIE, GET OUR PLAYERS BACK, IT'S TIME... 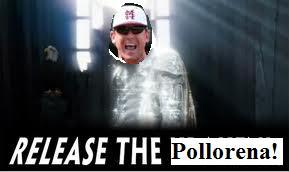 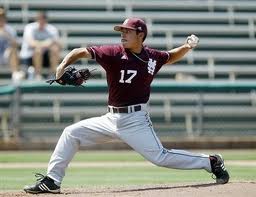 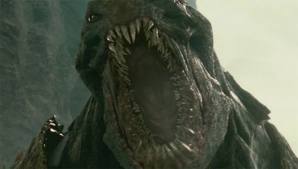