Blah, it's Thursday.  Sure Thursday is better than Monday but it's that looooong day before Friday so really it's worse than Monday.  But I digress.  Whether you're struggling through this Thursday or out on the town with Brian Wilson still doing Jager Bombs and barking at soccer moms on their way to work, here's some links that may just help you get through until at least like, lunch or something. 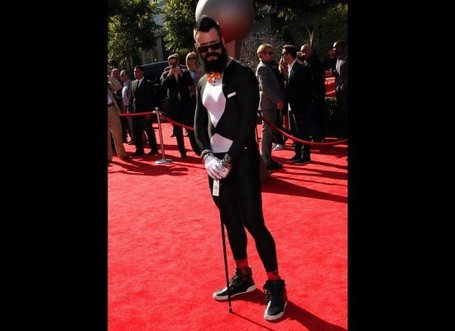 Also, we want to thank each and every one of you for stopping by the site to read.  We are in the process of trying to increase page views, provide better fan content to you the reader, and well just make the site overall more gosh darn fun.  If you have any suggestions, comments, etc. or have something in particular that you'd like to see us do, let us know anytime.  While you're here, do you have a story of your own you want to write?  FanPost that sucker!  And we'll see if we can't work it to the front page.  Hit us up with suggestions, comments, love/hate mail? at our twitter handlez: