Good morning fellow State fans, here is your fix of links for the day for all things MState and SEC.  Have a great one, y'all. 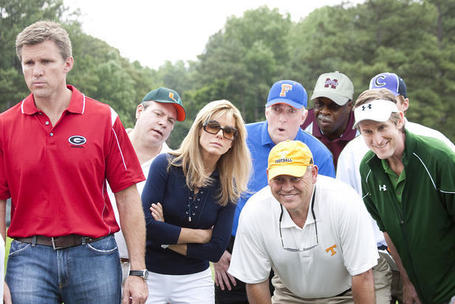 -Some of the Bulldawg Junction crew have moved over to this new site for MState sports. check it out here:

-This past weekend was Big Dawg Camp at State, and here from Logan Lowery @ BulldogBlitz is part 1 of the Top Performers

-Here's everything that every coach said and was asked at SEC Media Days, in WordCloud form (via TeamSpeedKills)

-From last week, but did you see that Tennessee Self-Imposed a 2-Year Probation?

-Auburn says despite Harvey Updike's best attempt, the rolling of Toomer's Corner will continue this season