You and I both remember it like it was yesterday. I drove 5 hours to see it. It was the 2008 MSU football season opener, in beautiful, scenic, half-decent bearable Ruston, Louisiana.

But yet as they wondered why there were doing so, thousands of maroon clad fans traveled to Ruston that evening to open up the season against a hapless opponent to claim what was sure to be a comfortable victory.

After all, we were coming off our first bowl season in a bazillion years (stats on the amount of years not verified), and we returned Anthony Dixon and Jamar Chaney, along with several other key players. But as those who made the journey along I-20 that day remember, our opening game, along with the entire 2008 season, went in the crapper pretty quickly. 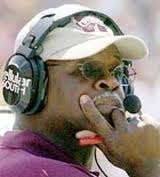 Anyways, the 2011 rematch with the Louisiana Tech Bulldogs dots the State schedule for the 4th game of the year (1 game after State plays Tech's big, scary 1st cousin, LSU). And as the Techster's travel to Starkville this year, things seem to point to a better outcome this go around for our beloved Bulldogs. With today being Independence Day (AMERICA, HELLZYEAH!!!), here is a "six pack" of beer of Advantage Categories for this September 24th tussle in Starkville.

No offense to Tech, but State's biggest key to this game is focus and avoiding distraction from the previous week's game, as well as the following week's game. Sandwiched between a home bout with LSU and a key road match with Georgia, State will have to give LA Tech its 100% focus to avoid what would be a major letdown at home. Although i have much more faith in Dan Mullen than I did in Croom in the motivation department, this 4th game of the season will require the Bulldogs' entire focus to avoid a repeat letdown as felt in the 2008 Ruston Rampage. Tech as well, will be coming off a game with the Houston Cougars, which is a conference game for them (Correction: This is NOT a conference game for them. Still, a big game for them, I was mistaken in Houston's conference. Props to a commenter for pointing that out).

Advantage: Tie. Both teams coming off a big conference game at home. Focus for both could be difficult 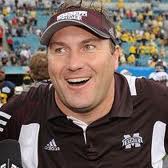 Although it wasn't like L's were few and far between in the 2008 season, the one to LA Tech stung just a little more than others. Look for there to be some revenge factor on the side of MState. Tech's revenge factor? I think Bully may have stolen their mascot's girlfriend, so he may be seeking some revenge. 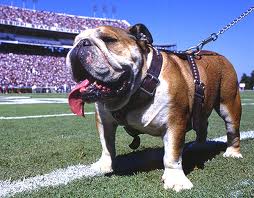 Although they have added key depth to their defensive front, LA Tech gave up 30 points a game last year in a league thats, well, it's the WAC. State will be breaking in a few new faces on offense, but with this being the 4th game of the year, hopefully the unit will have begun to gel, and will plow wholes all day long for Smash-N-Dash (Ballard and Perkins) to run through, around, and over. With Tech in just it's second year of the new spread, after several years of Dooley's run-run-run-punt scheme, Tech's O-Line may still be getting used to that spread blocking scheme. This, and the fact that they're just really good, should lead to Josh Boyd, Fletcher Cox and the rest of the State D-Line to have a fun day.

As Tech is breaking in a new QB in a spread system that is still in the infant stages at the school, MState should hold the advatange in the QB department by a mile. Chris Relf ended last year as shining example of what a coach wants to see out of a spread QB: chewing up yards per carry while passing the ball effectively, forcing defenses to spread themselves beyond just stacking 8 in the box. If he can remain healthy, look for Relf to cap a solid career with a solid season, and in this game hopefully, a 200yd-100yd effort with couple of TD's. Even if Ralph is injured by this time in the season, State looks to have capable backups with Tyler Russell, and the should be electrifying duo of Dylan "Not my Uncle" Farve and Dak Prescott who represent the future of our program.

Although MState's roster does feature many players from the boot state, Tech IS located in Louisiana.

Louisiana Tech is coming off a so-so 5-7 season. As 5-7 seasons go, however, it could be considered a successfull one, considering a first year head coach, and road games at Texas A&M, at Boise State, and at New Mexico State. Don't kid yourselves folks, NM State is a sleeping giant. If Tech wants to continue momentum in the program, a 4-0 start capped by a win at Mississippi State would certainly go a long way.

As for MState, I can't remember a year where they had even close to as much momentum gaining. State finished off Michigan to finish last year at 9-4. Although State's early schedule does feature tough matchups against last years vacated National Champ Auburn and Preseason No. 1 LSU, if the Bulldog's could come into the game against Tech at 2-1, a victory in this game would be another step towards making it back-to-back bowl seasons.

Our Advantage Stats after 6 rounds:

Add in the Bradshaw Alumni Factor: 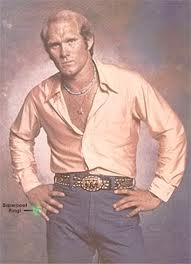 Calculation forthcoming after this message from our Sponsor, Houston Nutt's School for Horrible Dance Moves 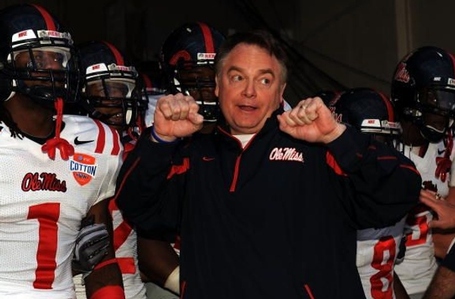 As you can see, considering all factors, MState should have the upcoming game against Tech well in hand. If State shows up to play for this game, things should be well in hand by halftime. However, as we learned in Ruston that fateful night in 2008, nothing is ever guaranteed to turn out the way we think it will.

Predicted Key to the Game: Look for Michael Carr, Chris Smith and the WR company to have a breakout game of the year against Tech. Think this could be the Memphis 2010 game of the 2011 season. That is, if they don't break out again against Memphis in the first game.

Predicted chance that you remember the game after drinking a suitcase of beer in The Junction: 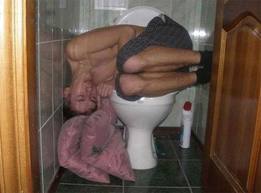 This is OURstateBlog signing off for For Whom the Cowbell Tolls. Have a safe and happy 4th of July everybody.