Tuesday! News! Notes! Words strung together to form sentences! It's all right here in your Tuesday MSU News and Notes!

"Our guys are rested and ready to go. They're ready to get back to work this afternoon in practice. This will be our first SEC road game, which should be a challenge for our guys. We're playing a team that has some talent. [Kentucky] played a very emotional first half [vs. South Carolina] and had a good halftime lead against the No. 6 team in the country. We're going to have our hands full."

On expecting an outcome similar to last year's game...

"Yeah, statistics, a lot of times, will balance out at the end. Last year, [Kentucky] put nine guys on the line of scrimmage, so it doesn't matter - good or bad - it's hard to run the ball when you have that many guys to block. We had to resort to the pass game and were able to throw on them and make some plays through the air. We missed a couple of plays in the air too, but we were able to make enough and come out with a win. We are more balanced at this point in the season than we were last year."

"His return is huge. With him returning to practice we can see what he can do. He hasn't played football since last April so it's not like he can just get back in there and go. Basically, his training camp starts now. Everyone else has already started the season, but he's a playmaker." 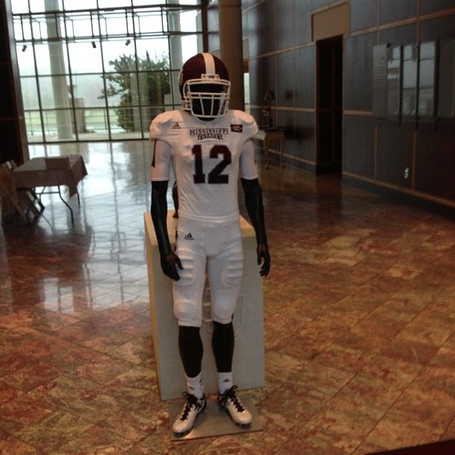 @mstatesports Not horrible, but not ultra-challenging either .... #Portland and #FresnoState certainly aren't bad. Otherwise, meh.

That's it for today's News and Notes. Make it a great Tuesday! Or don't, just bum around and watch Judge Judy and Matlock instead.