See who the guys are taking in the tenth weekend of SEC football.

Share All sharing options for: FWtCT Picks the SEC - Week 10

Another week down, another set of games picked, and the standings continue to shake up even further. After picking the 9th set of SEC football games this weekend, let's take a look at how our For Whom the Cowbell Tolls contributor picks standings sits: 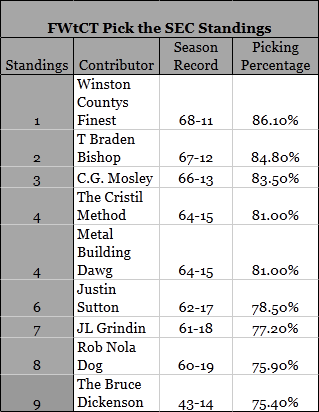 Despite a mediocre week of picking, Winston County's Finest still sits on tip, edging out T Braden Bishop by a game for the king of the mountain. After those two it's C.G. Mosley in third, myself (thecristilmethod) in 4th, followed by Metal Building Dawg, Justin Sutton, and JLgrindin in 4th, 5th, and 6th, respectively. Bringing up the back end are Rob Nola Dog and The Bruce Dickinson, who both are still well within range to make noise in the final weeks of the season. Now, let's take a glance at who everyone is picking for this weekend. 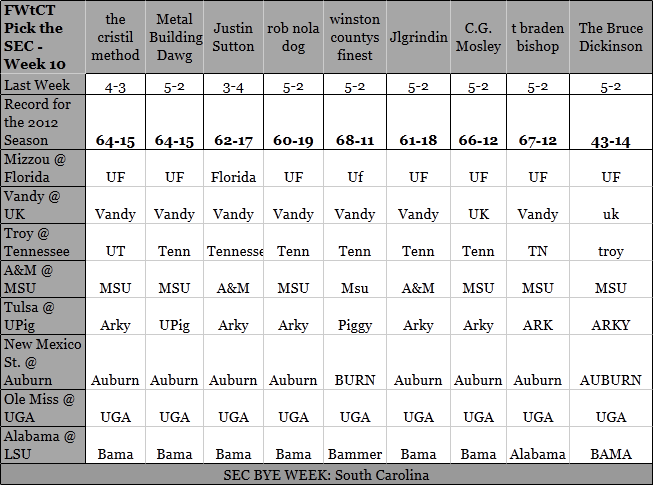 That's who we are picking this week in the SEC. Who do you guys and girls have winning in this weekend's games?