The Bulldog basketball team tries to end a 5 game losing streak tonight against South Carolina in Columbia, and it looks like they may have the services of Rodney Hood to help them do it. Hood, who suffered a deep bone bruise in last week's Tuesday night game vs. Kentucky, was listed as doubtful this morning but has since been upgraded to 'game-time decision'. 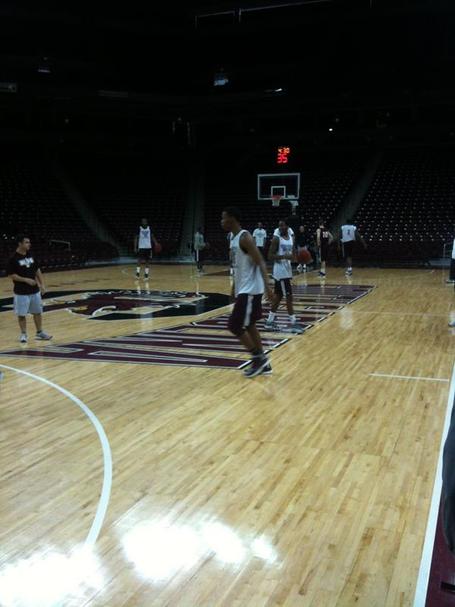 One thing's for sure: State fans would love to have Rodney in the lineup tonight, even if it's for limited minutes. State struggled mightily against Alabama Saturday without him and would love to have his length, athleticism at the 3-position and shot making ability back as they finish out the regular season.