State Outlasts Auburn 91-88 at the Hump

Share All sharing options for: State Outlasts Auburn 91-88 at the Hump 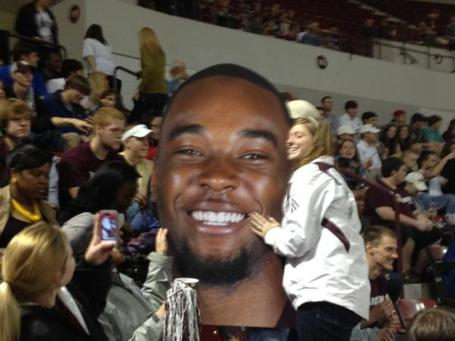 In a game that kinda had a weird feel to it, State pulled out a 91-88 victory this afternoon over the Auburn Tigers at Humphrey Coliseum. From Dee Bost fouling out, to Shaun Smith's extended minutes, to technical being called on Rodney Hood (Rodney Hood!), the game had a bizarro feel from start to finish.

Arnett Moultrie led the way for State with 21 points, and fellow low poster Renardo Sidney chipped in 17. State had to do without floor general Dee Bost a good deal late in the game, as he committed his 4th foul with over 8 minutes still left in the game and fouled out with about 3 minutes left to play. Brian Bryant covered well for Bost though, dishing out 9 assists. Check out the full official stats here (courtesy Bulldog Sports Radio).

Have to say the crowd was much better than the last home outing against LSEaux. The announced attendance of 7,853 was loud, even almost drowning out Meo at times (ALMOST). Kudos to you guys on a job well done and responding well to the challenge AD Stricklin and others laid out before you during the week. Also, thank you all for the awesome response to our FAQ's we posted earlier today.

State will be back in action Thursday against Ole MIss in game 2 of a 3 game home stand. More to come on Thursday's matchup in the coming days on the blog. 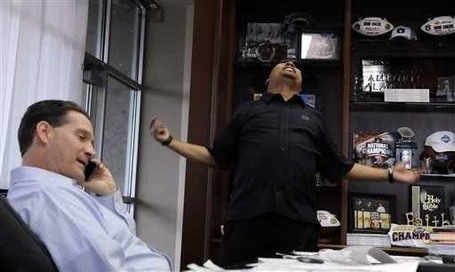 Trooper not taking the loss well