Share All sharing options for: For Whom the Links Toll - March 6, 2012

It's lunchtime, and that means you probably want some linkys to click, so here ya go. Today the links toll for C.T. Bradford starting on the mound, Moultrie (and Bost) with another accolade, the latest bracketology, upcoming features, and much more.

\\ Head Baseball Coach John Cohen announced yesterday that OF C.T. Bradford, who currently leads the team with 13 RBI's, will start on the mound today vs. Penn State

\\ MSU is a 10 seed in the latest SBNation Bracketology

\\ As we tweeted earlier, MSU men's tennis team has a HUGE matchup with #4 Virginia starting in just over 2 hours.

// I am both excited and nervous for the SEC Tourney to start. Especially since so many of us have started talking like State is a shoe-in to the NCAA's, when in reality they probably need 1-2 more wins to feel safe. And it doesn't make me any less queasy that we have to start with Georgia Thursday night, a team we lost to earlier in the year.

// If you go to the Penn State game tonight, please no Sandusky slurs towards their players. Neither relevant nor funny.

// Make sure you check in to the blog in the morning as we'll feature a Q&A we did with the SBNation NFL Draft site Mocking the Draft. Those guys were kind enough to answer a few questions for us on Fletcher Cox. Post will go up around 8-ish.

// We're working on making our blog more community like, which means posting an "about For Whom the Cowbell Tolls", a "how to" on the fanposts and fanshots, and community guidelines.

// Going to the SEC Tourney this weekend? Make sure to tweet us your pictures, videos, etc. and we'll use them in our recap post. We always want to use you guys' stuff, as we are fans ourselves.

// Tuesday is just Monday with a slighter pretty face.

A Picture (because you've been good) 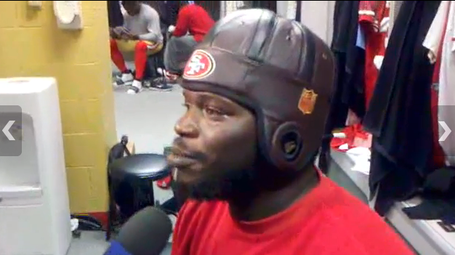 Have a great Tuesday afternoon, and make sure to go support the men's tennis and baseball teams tonight as both have big matchups. #HailState