My Fab Five for MSU Basketball

Share All sharing options for: My Fab Five for MSU Basketball 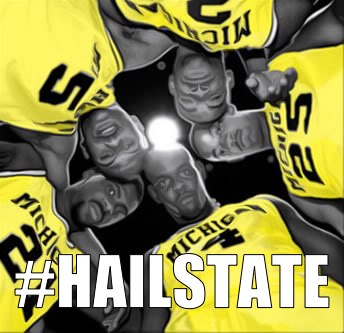 Rose, Webber, King, Jackson, and Howard. Remember those names from the 1991 Michigan Wolverine basketball squad? Yep, the Fab Five. Some say one of the best recruited classes in college basketball history. What if Mississippi State basketball and Rick Ray could put together a fantastic freshmen crew like this next season?

Having seen 50+ Mississippi high school basketball games in person last season, I've put together a personal list of fantasy Fab Five for MSU Basketball next season. And since Rick Ray wants to keep recruiting in our state, let's only go with five possible Mississippi recruits.

SHOOTING FOWARD - Fred Thomas (Jim Hill): Other than Pollard, this kid was the best player I saw all year. I watched him single-handedly take Tupelo to OT in the 6A State Finals and finish them with two epic shots to win the title for his school back in March. He's electric, poised to lead, competitive, and has one fresh flat top hair cut. "Flat Top" Fred committed to State and could definitely do some damage on the court to a few SEC schools next season.

POWER FOWARD - Devonta Pollard (Kemper County): I've watched this kid for four years now. He's one amazing player who reminded me loads of Rodney Hood. I know he's recently told some he isn't interested in State but this dude alone would be a huge pickup for any program.

CENTER - Gavin Ware (Starkville): Remember Marcus Campbell? Well, this dude reminds me of him except actually good. He's already committed to State and has worked out with some locals in Starkville. He needs to beef up a little bit but this 6' 8" monster could be the future inside man for the Bulldogs.

POINT GUARD - Rashon Coleman (Tupelo): You're going to call me biased on this one but the best point guard I saw all season was Rashon. He's only 5'9" but he shook quite a few players out of their Nikes last season. His strengths? Coachable, level-headed, not easily pressured, and quick beyond belief. He reminded me a lot of Timmy Bowers. Only a few community colleges have contacted him but he's definitely a "steal." *see what I did there?*

SHOOTING GUARD - Jacolby Mobley (Starkville): Jacolby is another diamond in the rough. He's a sharp shooter and wicked ball handler. He and Gavin have been playing together for a few years so that could be a huge plus that most college teams usually don't experience. Not entirely sure of his future in basketball but I definitely enjoyed watching him his junior and senior years at Starkville High. (UPDATE at 11:15 a.m.: Via @WCBISPORTS on Twitter, Jacolby will sign to play basketball at East Mississippi Tuesday.)