Share All sharing options for: 100 Days of MSU Football - Day 98 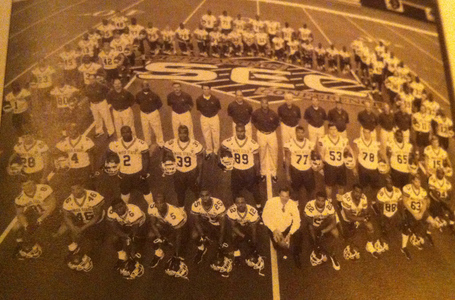 This was a slam-dunk pick to represent 98 days until the kick-off of the 2012 Mississippi State football season.
The 1998 team was special in a lot of ways:
98 Yards - The longest rush in MSU history came in 1979 against Southern Miss when Stanley Howell broke off a 98 yard TD run. However, it was Mississippi State's only score of the game. They lost 21-7 to the Mustard Buzzards in Starkville.
Check back tomorrow for Day 97. Hint: It involves a rather large man on the defensive line.
#HAILSTATE98