ALL HAIL THE OFF WEEK POWER RANKINGS - Where we rank things, football or otherwise, that come to mind. This is not supposed (or going) to make a lot of sense.

Share All sharing options for: FWtCT OFF WEEK POWER RANKINGS

It's an off week. With there being no MSU-centric football activities this weekend, we assume you're just going to work be on an island the rest of the week having Halle Berry feed you grapes in a princess laya outfit to pass the time. But we all know you can only eat so many grapes before you become full and bored, and you begin looking for some other means of entertaining yourself (only because Halle left you because you said you hated Gothika).

Fear not, patron of FWtCT, for I shall bring to you entertainment through a timeless channel of knowledge known as ranking things, also sometimes referred to as POWER RANKINGS. These rankings do not pertain to one single category - they are not simply a ranking of football teams, players, or anything along those lines. No, these rankings are meant to entertain by confusion, and also to make you wonder (and worry) about how my mind works and the stream of consciousness I travel down daily.

But enough about me, let's just rank things as they come to mind

Explanation: You may disagree, but I say Stromboli's is the best pizza in town. Bonus points for serving beer in a mason jar. Oh, and don't ask me why Pizza Hut isn't even on the list that includes a totinos served in a diaper. YOU KNOW WHY. NOTE: I don't care if you disagree.

I would have ranked the bowerbird at #1 strictly because he builds a house just to get busy, but then Jack Bauer broke the door down on his folly and shot his whole family because they were a thread to national security. He then claimed the #1 spot and waterboarded me for questioning whether his name was eligible for this power ranking category.

Seriously? There is a setting called water saving trickle. Let's just call that one "low rent housing" or "dog peeing on shoulder." If you use that setting then you are not even remotely clean when you exit the shower. In my experience, Full body is where it's at.

PowerSpray is good only if you enjoy the skin being torn from your bones during a good cleaning, and circular massage is the equivalent of some weird guy at a night club groping you. In shower setting terms, of course, not literally.

Full Body + PowerSpray would probably work, providing water pressure somewhere in a healthy range between exfoliating and skin peeling back. It works best when not used too often, only sparingly for when you are quite dirty after a long day in the yard or if you're a US Senator trying to get the smell of stripper off you before the misses gets home from Martha's Vineyard.

Misting, to me, is the underrated setting of this class. Solid work ethic, doesn't come on too strong like PowerSpray, and gets the job done while making you feel like you're taking in a sunny afternoon in a meadow. There are times when misting will not provide enough pressure, but most often times it is a nice #2 to full body when you are looking for some spice in your cleaning routine.

You can buy the shower head with those listed features right here, if you are okay with paying $52.99 for it. Waterpik has to feed their kids too, y'all.

SERIOUSLY HOW DO YOU ARGUE WITH THIS? 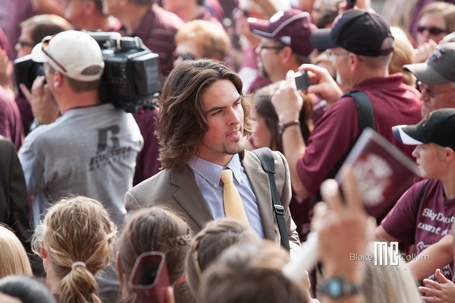 Christmas Day would be my runaway #1 if Saturday didn't come 51 times more in a year. Pay day runs a close third, followed distantly by any other day, colonoscopy day, and then way back in the back is Monday.

Call me an old man, but Special K makes a damn fine breakfast product. It does not get much better than their pecan cinnamon cereal, which is also way more healthier for you than the other two listed here. Fruity pebbles used to be my jam back in the day - they were basically a giant rainbow colored wad of sugar, and I dug it. They provided ZERO nutrional value, which I also was into as a youngster. I mean as a kid you figure you are gonna live forever anyways, who cares about healthy crap? Count Chocula makes the list mostly because I felt he is an underrated staple of the cereal isle. I see you working, Count.

AREAS OF THE JUNCTION POWER RANKINGS

When I was in college the only place I ever wanted to set up shop in the Junction on a game weekend was in the main two areas just south of the Jumbotron. Now, as a 26 going on 40 year old, I want to tailgate anywhere else. Don't get me wrong, that part of the Junction is great, if you're in college. If you're not, then several drunk guys asking "are you using these 42 beers?" or bumping into your tent or stealing your scoops isn't quite as entertaining. Being the old man I am at heart, I prefer a more "chill" tailgating experience now, which typically can be found in the areas listed above. Also, SHADE. Feel free to argue that I'm an idiot or a bad fan in saying this. I don't really care. 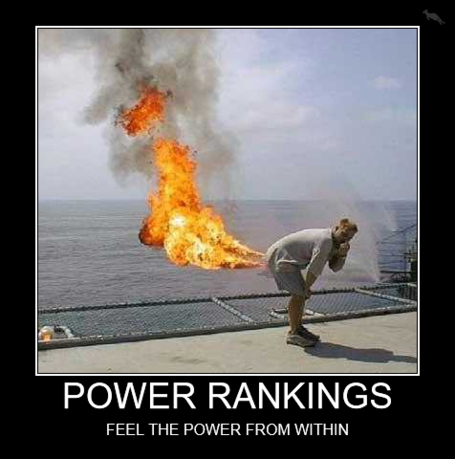 This list is highly debatable, because there are like 5,000,000,000 available TV series on Netflix Instant. These would be my top 5, led off by The League, mostly because we're smack dab in the middle of fantasy football season, and there's no better way to get geared up for a season than watching The League. Workaholics is an underrated comedy, Friday Night Lights is an American classic (Texas, Forever), Lost is the greatest show of all time if 24 never existed, and White Collar is my old person indulgence. I love that show (bonus points for Kelly Kapowski y'all). In the notable omissions you'll see I left out several really, really good shows. I left these out because I either A) haven't started these yet or B) watched them many moons ago and have forgotten their awesomeness. I left 24 off because Jack has already been ranked once in this post, twice is just gloating.