2013 NFL Combine: Banks, Boyd, and Slay all get their turns

MSU's representatives at the 2013 NFL combine have all had their turns to impress. Find out Josh Boyd, Johnthan Banks, and Darius Slay's results below.

Share All sharing options for: 2013 NFL Combine: Banks, Boyd, and Slay all get their turns

Mississippi State is officially done at the 2013 NFL combine, after three Bulldogs participated in Indianapolis over the past two days.

Although Banks' 40 time wasn't as good as he had hoped (4.61 seconds officially), some scouts noted that his ability can be truly evaluated by watching his tape. Many scouts and draft experts thought that Banks needed a good 40 time today to solidify a 1st round selection, so today's results may have dropped him down a bit in the order. I still think Banks will go high. To me, he's never been known as a burner, his talent lies in his coverage ability, his ball hawking skills, and his long frame at the cornerback position. Some experts also noted that his safety experience could help him as well, as he has a feel for nearly all the positions in the defensive backfield.

At the end of the day, I think Banks will be just fine. Even if he slips to the second round, whoever grabs him is getting a steal. If you think that's a concern, just remember that Banks ultimately shut down Tennessee's Cordarrelle Patterson in last fall's matchup in Starkville. Patterson caught two passes for 25 yards and a TD in MSU's 41-31 win, and most of that was against Banks. Patterson this week has potentially vaulted himself into the first round with a good showing at the combine, including a 4.42 40-yard dash. Still think Banks' speed is an issue? I don't.

Josh Boyd had himself a pretty strong showing on Monday at the combine, where he stood out in the bench press portion of the workout. Boyd was able to pump out 32 reps on the bench press, which was good enough for fourth overall among defensive lineman. 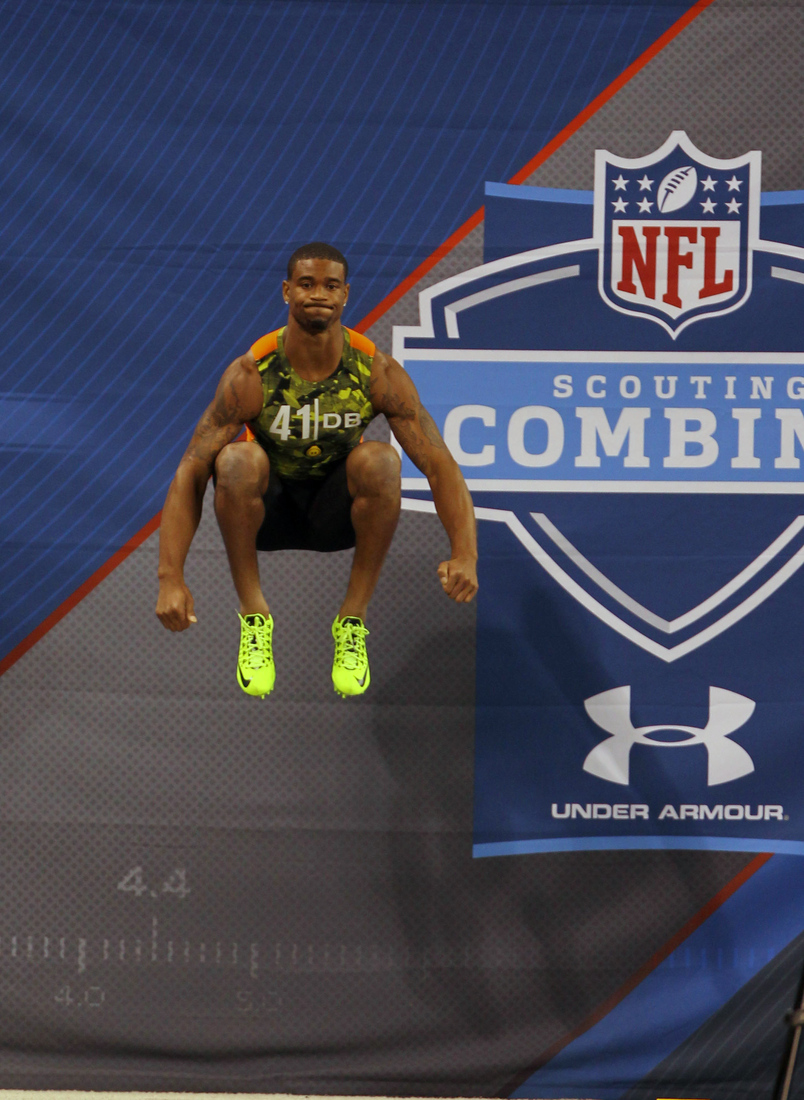 Darius Slay without a doubt was the Bulldog who improved his stock the most during combine work outs this week. Slay wowed many today when he registered a combine best 4.36 40 yard dash time, which was good enough to be the fastest time among defensive backs for this year's combine [Watch Slay's run here]. That was enough to catch many scouts and analysis eyes, as many said they will now go back and take a closer look at Slay's game tape. I would expect that he easily increased his draft prospectus by a round or maybe more with today's showing.

Mississippi State's pro day is set for March 6th. That will be a chance for Banks to improve his draft stock, as well as guys like Cam Lawrence, Chad Bumphis, and others getting the opportunity to show off their skills for the scouts as well.