While the Bulldogs' victory in Baton Rouge can be credited to a team effort, the Dak Prescott had another outstanding night, and he moved closer to the top in several Mississippi State categories.

For the fourth time this year, Dak Prescott managed to pile up big numbers at the quarterback position, and he managed to move up the charts some more when it comes to the all-time records at Mississippi State. 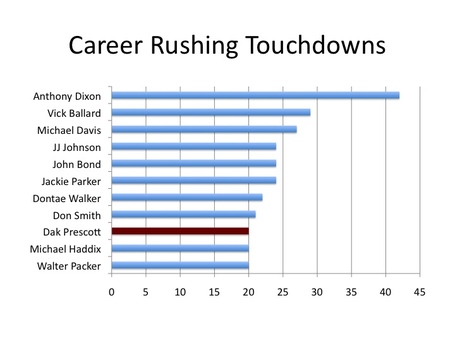 Prescott moved himself into a tie with Michael Haddix and Walter Packer with his lone touchdown run against LSU Saturday.  His next touchdown will tie him with Don Smith, and he is two short of Dontae Walker, perhaps the most surprising name on the list, given how his career ended.  However, this might be the one record that stays out of reach as he has to get to 42 touchdowns to tie Anthony Dixon 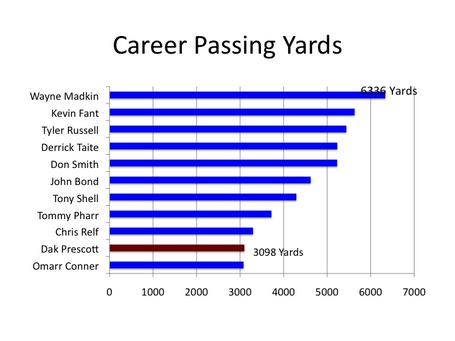 The career passing yardage category has become the latest record assault by Prescott. His 268 yards against LSU moved him just ahead of Omarr Conner into 10th place all-time at Mississippi State. 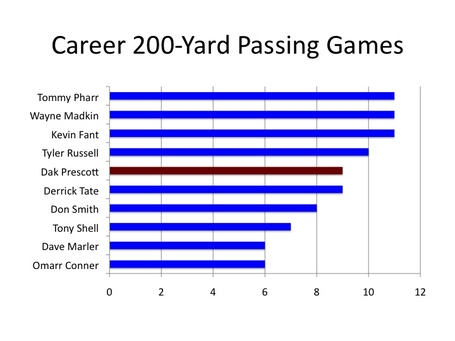 This is the one record that Prescott seems to move up each and every week, and he should have this one under his belt by the season's end. 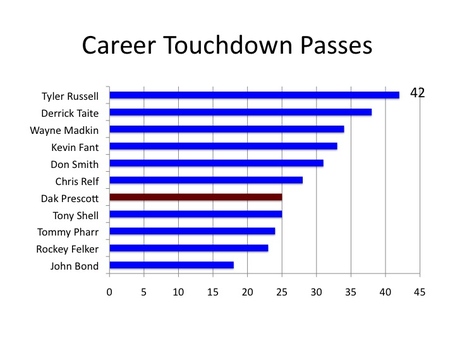 Prescott's two touchdown passes against LSU moved him him from a tie for ninth into a tie with Tony Shell for seventh all-time. Chris Relf stands one touchdown in front of Prescott on this list. 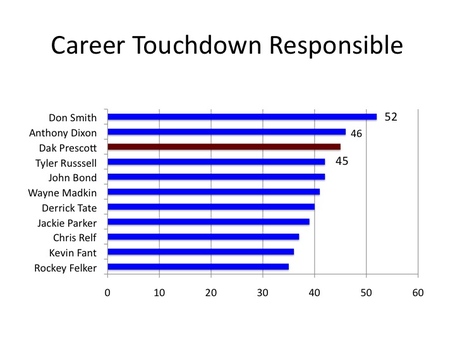 Over the next few weeks, the official watch can begin for Dak Prescott to be the player responsible for more touchdowns than anyone else in Mississippi State football history.  His next touchdown will tie him with Anthony Dixon, and he only has seven to go to tie Don Smith.