10 thoughts from a first hand experience of Saturday night's 41-31 win over Tennessee at Davis Wade Stadium.

So many times, Mississippi State fans have seen a game like Saturday night go the other way. 2009 against LSU. 2010 against Arkansas. 2011 against Auburn. Wins in our grasp, but not quite enough to secure them. But make no mistake, the 2012 edition of the MSU football team is not the same as those from previous years. After three uninspiring victories in the weeks leading up to Saturday, State showed late Saturday night that they did have the killer instinct to finish a game and secure a big victory to continue our undefeated season. There was so much to take away from Saturday's 41-31 win over Tennessee, and here's my attempt to pick 10 things to talk about from what I witnessed live Saturday night. 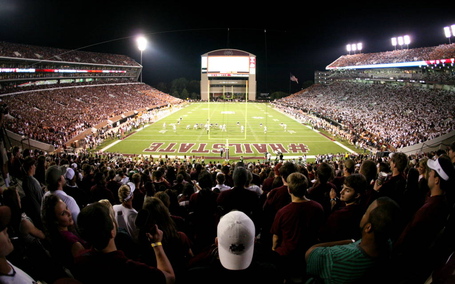