Share All sharing options for: MSU vs. Alabama: Tats

Let's go off the beaten path for a second and take a quick look at the real matchup Saturday. 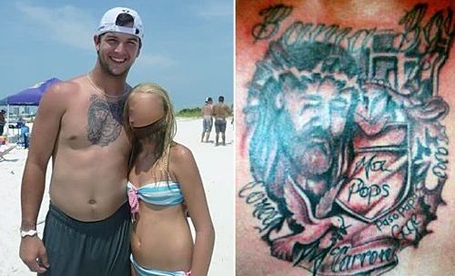 What exactly is the tattoo of? Here's a quote from larrybrownsports.com's article last January:

The tattoo has "Bama Boy" written at the top along with images of Jesus, a dove representing family members who have died, Bryant-Denny Stadium and a family crest. Written inside the crest are the words "Ma" and "Pops" representing his parents. Around the outside of the tattoo are "Corey," his brother who recently announced he would transfer from the University of South Alabama to walk-on as a tight end at UA, "Pasopapa," Spanish for stepfather; "Gage," and "Coco," his stepbrother.

Lots of heart and meaning right there. Next we check out... 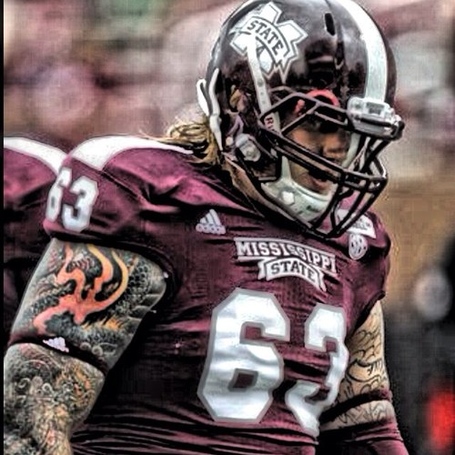 Not a lot of information is known about this epic masterpiece. Maybe it's a collection of ideas or additions from one month to another. Regardless, it catches a lot of attention when he straps on the shoulder pads for the Bulldogs.

So which tat impresses you? Vote and discuss below, ink lovers.