Sadly, this week ends our 2012 Domination Tour through Starkville. And why not conclude with one of the most popular eating drinking venues in Oktibbeha County... Strange Brew Coffeehouse. 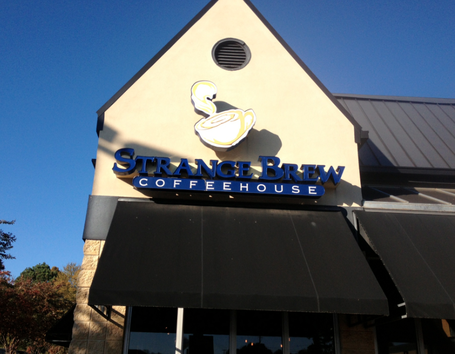 Specialty: Freshest coffee and espresso grown worldwide and roasted in our great state

SHANE'S MASTERPIECE: If you have been around Starkville any the last seven or so years you have definitely heard of a place that all Bulldogs love immensely. This popular joint would not have been possible without Mr. Shane Reed, founder and owner of Strange Brew Coffeehouse. Shane graduated from MSU with an Anthropology/Archaeology degree. He grew up helping his folks with convenience stores. Ironically, the same gas station that his parents owned 10 years ago was available soon after the business bug hit him. Woody's, as it was once known, is now Cold Stone Creamery and Strange Brew Coffeehouse. With Starkville desperately needing some form of college coffeehouse, Shane opened SBC in April 2005. 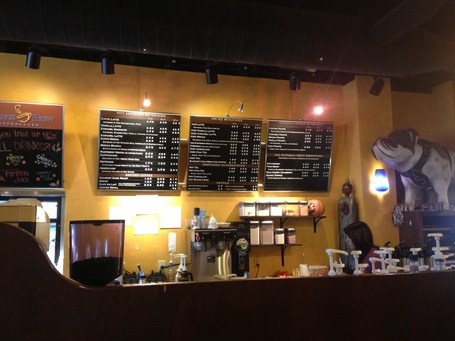 SBC is notorious for always reaching out to MSU students. Heck, they even stay open 24/7 during finals week. Normal business hours are 6:30 a.m. to midnight daily.

SBC is the only place in Starkville that sells locally roasted Mississippi coffee. It has been a staple to Shane and his commitment for the best and freshest cup of joe. Workers, known as Brewistas, really focus closely on customer service and 100% consumer appreciation. The venue often falls into a hipster-like genre. They love to welcome everyone from everywhere. And they really, really go out of their way to show it. 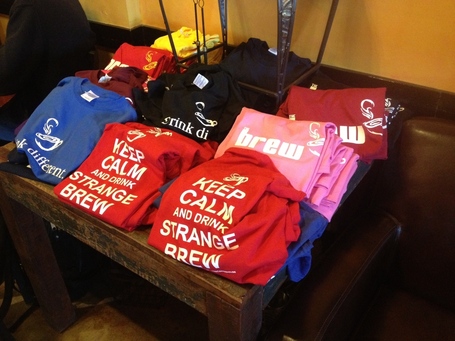 Shane was born a Mississippi State Bulldog and vows to remain one until the day he dies. With this said, he claims he never meant for his now traditional SBC street sign to take off like it has over the years. Every home game, and even a few away ones, the sign features clever short-and-sweet smack talk for opposing teams. His Twitter account, which doubles as his business account, even features a lot of fun trash talking. The talk and sign catch a ton of attention... which is an excellent marketing ploy and fun way to spread the MSU spirit. Shane has made a ton of enemies friends with fans from various SEC schools. 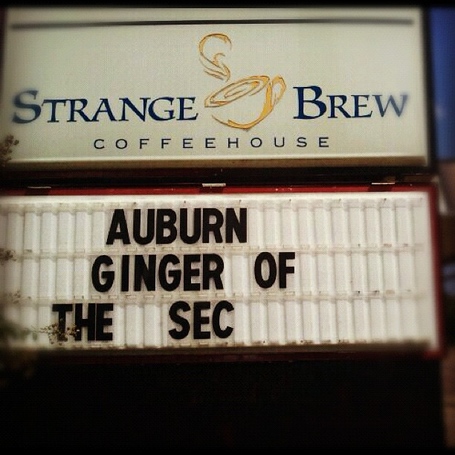 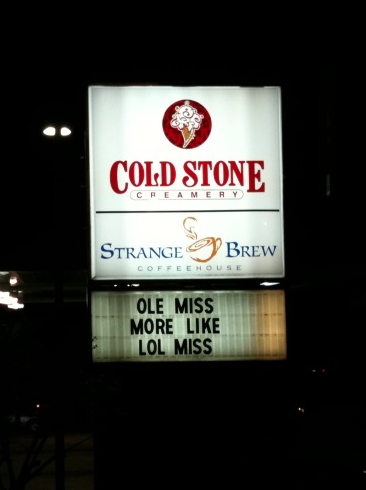 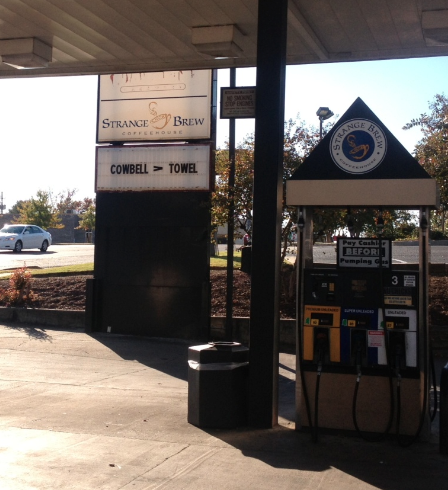 Speaking of social media, this has really catapulted SBC to another level of fandom. His Twitter handle was never created to advertise, only to connect to "stranger" customers. They typically have random specials that are usually promoted via Twitter. They are also known to give hot chocolate away to customers who haven't passed a test, had a bad day, or just need a yummy liquid pick-me-up. They have an Instagram and a Facebook page to allow constant communication about the business. Shane loves feedback through all forms of popular social media, allowing him to connect with customers and improve the SBC experience. 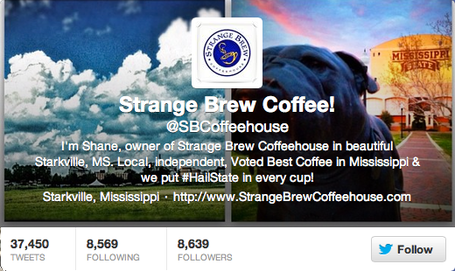 TREATS: SBC is full of many different coffee combinations. Whether it is their straight black coffee called the John Wayne or the breakfast-like Capt'n Crunch Latte, your desires are completely covered. They also boast having the Albino Squirrel latte, a Sea Turtle frappe, iced coffees, smoothies, and the absolute best Caramel Apple Cider "in the galaxy." Ever had the Blueberry Cobbler Coffee? You won't be able to help but come back once you have. Not feeling a drink? SBC also carries a line of cheesecakes, breakfast bars, tasty pastries, fresh-baked scones, and stacks-on-stacks of cookies. 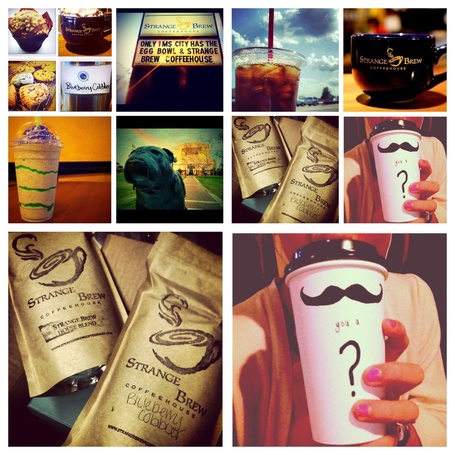 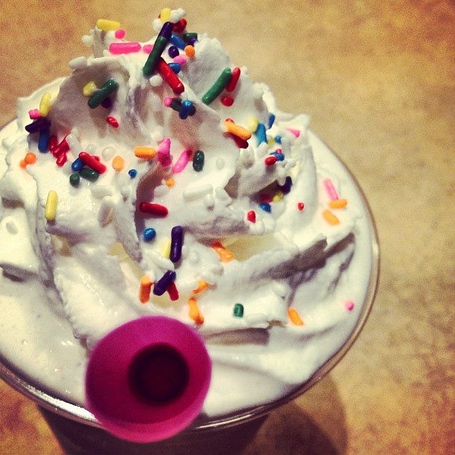 Need a free WiFi spot to get some work done? SBC has you covered. Not near Starkville? Check out SBC's Brew Store and they will ship it to you. All in all, Strange Brew is a prime example of entrepreneurial pride in Starkville. Mississippi State University is fortunate to have such a great place and loyal MSU ownership.

One last time... Eat Drink, Ring, and Be Merry.

Gigantic thanks to Shane for his informative contribution.