All of your MSU News and Notes for this Wednesday including men's basketball's season home opener and a win!, mannequin Monday Tuesday, Nick Bell tribute for Saturday, and more.

It's Wednesday, and I'm out on the road again for work, so I will get right down to the nitty gritty with your News and Notes today. I WON'T WASTE YOUR PRECIOUS TIME TALKIN' BOUT FEELINGS N SUCH, Y'ALL. Here you go, you robotic MSU news consumers, you:

My friend Glenn Logan over at A Sea of Blue does a good news post each morning, and in his he always includes a 'tweet of the day'. I am going to try and start kicking off our N&N posts with one as well from now on. Here's the first effort:

No first-year Arkansas coach (incl. interim coach) has defeated Mississippi State, according to @nwarobbie and @hogdatabase. 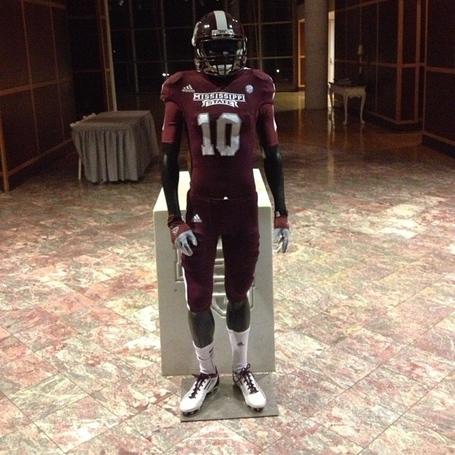 That's all I have for you today folks. Hope you have a great Wednesday!