This week's opponent report is short, but gets the point across y'all.

Today the totally serious opponent report puts down its words and used graphs, charts, venn diagrams, and pictures as its preview weapon of choice for the Arkansas Razorbacks. We like Arkansas, so we won't be all like YADAYADAPETRINOMOTORCYCLEJOKES in this post. Ney, we will not stoop to such lows. We will, however, give you our best guess at what a graphical representation would look like for the Razorbacks and the state they hail from. Let's take a look, shall we? 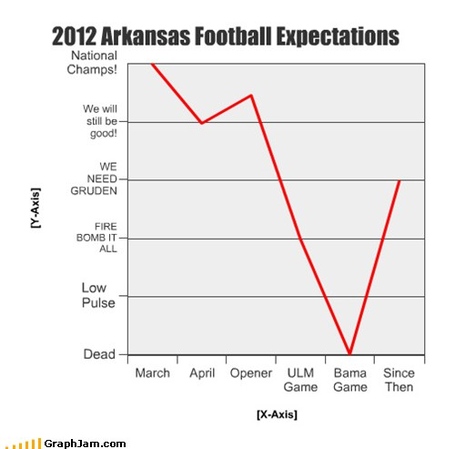 So, if you had to sum up Arkansas football fans enthusiasm in one picture at the beginning of the season, what would it be?

Who do you love, Arkansas? 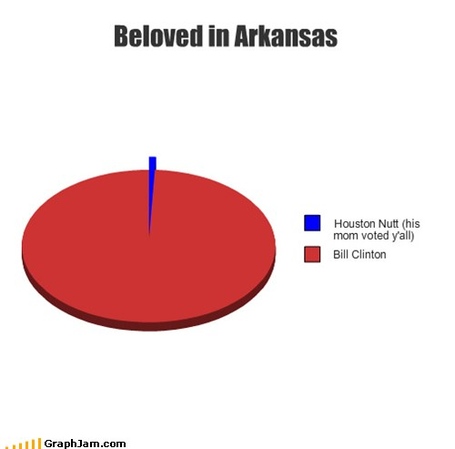 What was the deal with that Mallett QB guy? 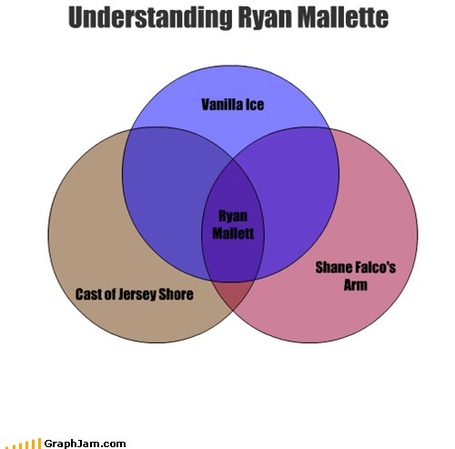 What do Arkansas fans do for fun? 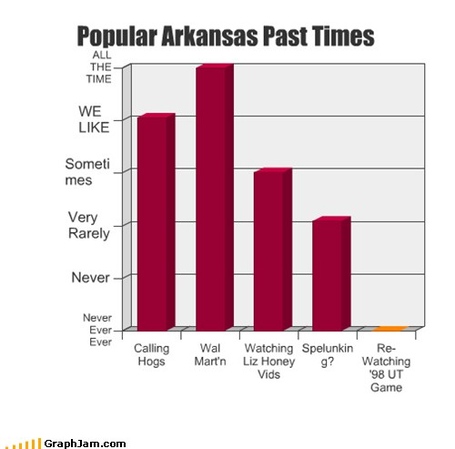 How has John L. Smith's smile correlated with the season to date? 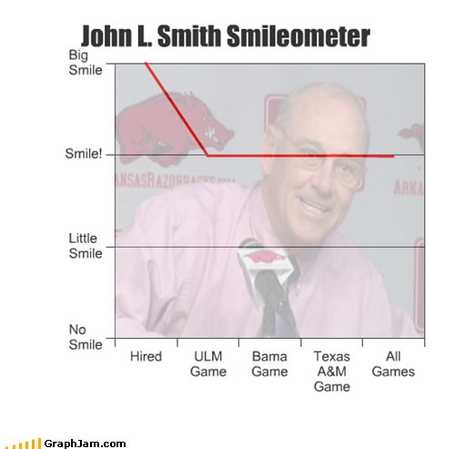 What are some popular movies in Arkansas? 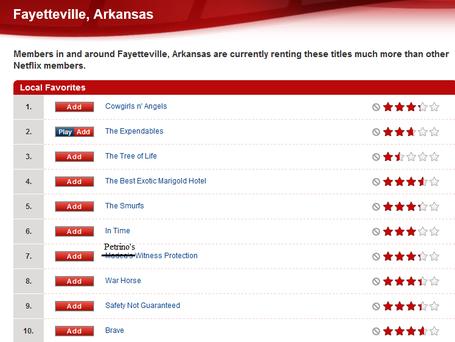 RAZORBACKS United We Stand parody by lizhoney in the style of Brotherhood Of Man.flv (via LIZHONEY2U)