We've known for awhile that Davis Wade Stadium was about to get a facelift and expansion, but now the details are official.

MSU and Athletics Director Scott Stricklin held a press conference at 11 a.m. this morning at the Club Level of DWS to announce details for the new north endzone expansion and various additional upgrades to be made to the existing 55,000 seat stadium. Here's a few pertinent details regarding the expansion, to be completed by State's August 31, 2014 season opening home game with Southern Miss:

Here's the full replay of the press conference, via HailStateTV:

UPDATE (8/15/2012, 5:00 pm) | Take the (digital) tour with Mike Richey and Scott Stricklin, as they introduce us to the new premium seating options, including The Gridiron Club: a field level - club level that fans from all over the stadium can be members of. Really exciting stuff.

Catch all the pictures and renderings of the new endzone expansion after the jump.... 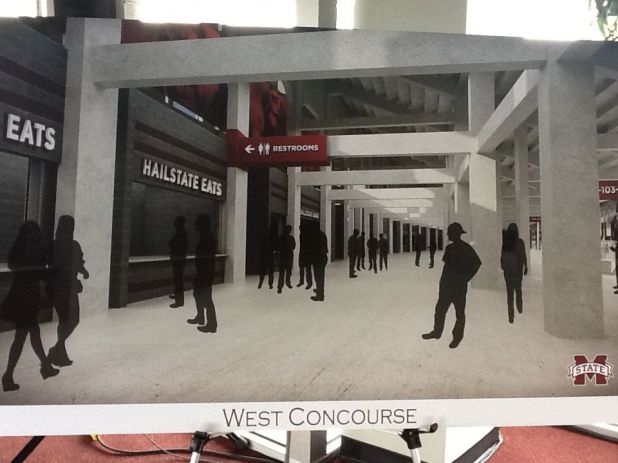 Here's a view of the new West side concourse 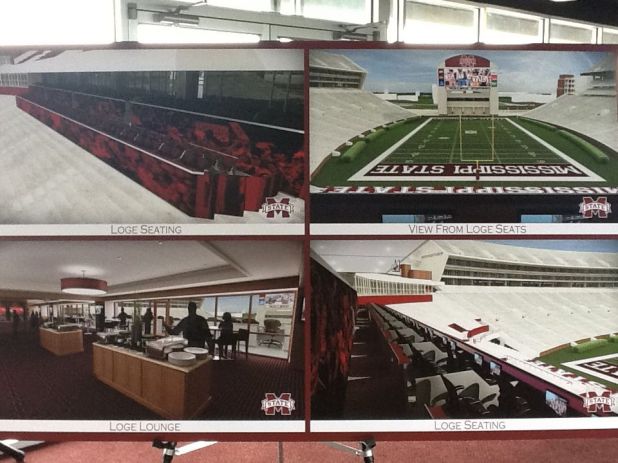 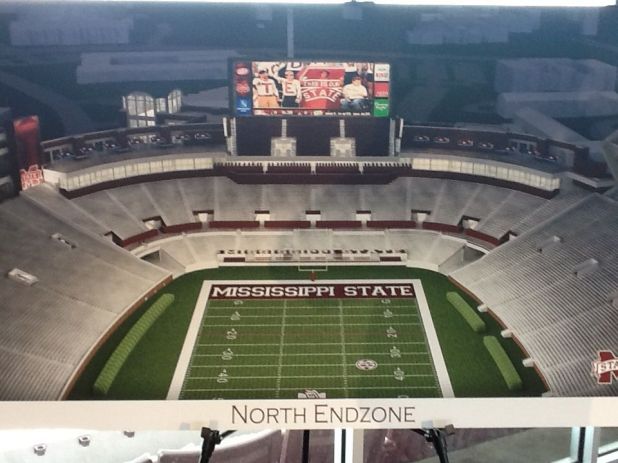 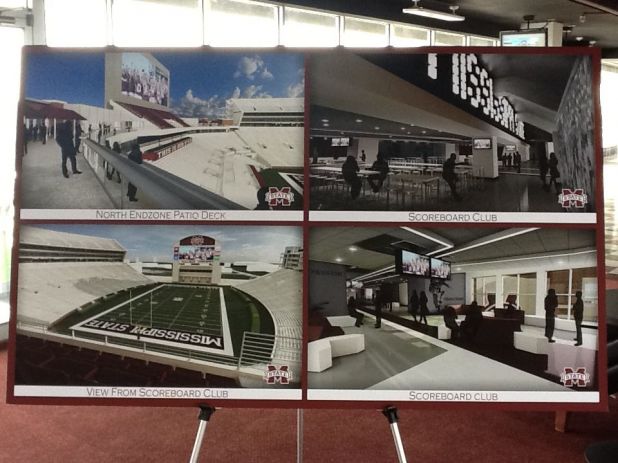 Some more views from the North Endzone 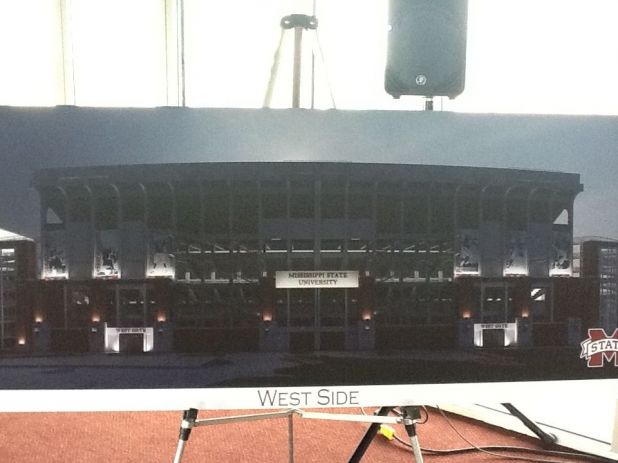 The outside of the West side concourse, when completed, in 2014

We will continue to add photos, video, and various additional details and tid bits here as they come in. Overall, I think it's safe to say that we're excited about this expansion. Also, really glad to see that they ARE, in fact, going to update the West side of the stadium. I had been told that they were not going to include it to cut costs, but it now is evident the western concourse will receive a facelift, ready in time for the 2014 season.

How far has this university come? Just a few years ago, Doc Foglesong wanted to spend millions of dollars painting all of the concrete on the west and east side Java brown. That is not a joke. Things are moving up in the world of Mississippi State athletics, so I hope you're ready!

P.S.: what do you guys think of the renovation / expansion? Like? Dislike? Let us know your thoughts!