/John L. Smith, 3 months from now, when he's working at Pier One in Little Rock

Customer: Excuse me sir, is this a Razorback-infused vanilla bean candle?
John L.: Yes mam, sure is! Can only get them in this part of the country.
Customer: And how do I light it?
John L.: Just have to do it.
Customer: Do what sir?
John L.: GET YOUR WICKS HOT!!!

Today's MSU News and Notes are all right here, for you, the reader, because we care. [cues crappy caring music]

Right guard Tobias Smith tells us he plans to apply for a sixth year of eligibility after this season. Same waiver Marcus Green has now. 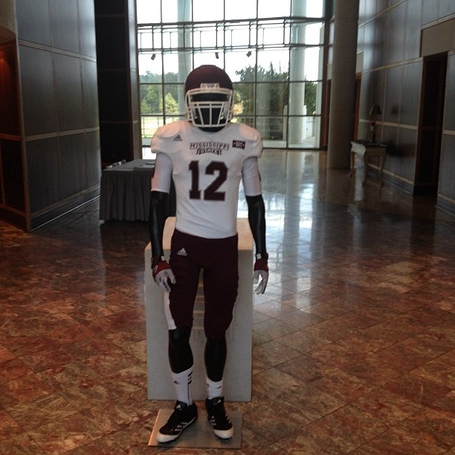 "You have an SEC team coming in here for the first time in school history," defensive lineman Tony Davis said. "There's so much at stake. For this program and university, there's a lot at stake. We have to get the job done."

That's it for today's news and notes. Now go out and, ya know, do whatever it is that you do!