I want to make fun of South Alabama. I REALLY, REALLY DO. But what is there to say about a team that doesn't really register on the SEC football radar or any football radar for that matter.

USA (No, not the awesome one that Lee Greenwood makes us love so much) is a lot like the weird new kid that sat next to you on the first day of Accelerated Geometry class in 9th grade. He mostly played his Game Boy and picked at his fingernails, and after that day you didn't see him again. You figure he just ended up taking regular classes on the third floor and probably works at Arby's now. Mmmmmm...roast beef.

The point I'm trying to make is: What do we even know about these guys?

#1: USA was once a stop in the Raymond Cotton Southern Football Tour. Tickets to the tour can be purchased by e-mailing Houston Nutt directly (oversignbydesign@giggity.net).

#2: In 2009, South Alabama's first ever football season, they went 7-0, taking down any JUCO or military academy that would travel to Mobile to play them. Louisburg, Milford, Fork Union...yes, those are real teams that took beat downs from the Jaguars.

#3: Portable seating is apparently a BIG issue at Ladd-Peebles Stadium. 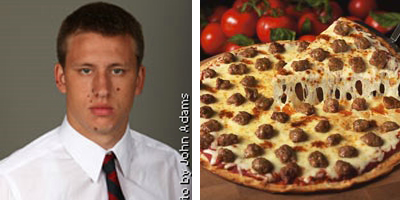 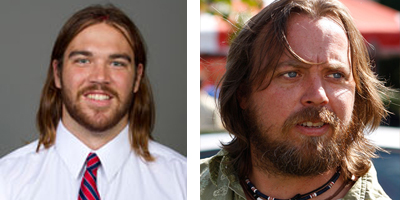 ...but still looks like Clegg from Eastbound and Down.