It's important that your Halloween costume be funny, topical and easily recognizable for maximum laughs, so let us help you decide which MSU-themed ones are the best.

For the two of you who need an explanation of who this is -- Jonathan Holder spent his spring attaining deity status in Starkville using his disgusting curveball and unique persona. If you go as Holder for Halloween, the most important part of the get up has to be the hair. You can half-way do the jersey, but if you don't get the flowing curly locks down, then the whole thing is for waste. Don't be afraid to hit up the wig shop next to The Hunt Club; they'll get you fixed up right.

Also -- if you decide to go as Holder, it may also be prudent that you develop a curveball. What if you're after a girl tonight and the man with whom you're dueling for her affection challenges you to a curve ball contest for her affection? Dressed as the nation's best closer, you've got to be prepared. (NOTE: if you throw like a girl, it may be best to just roundhouse kick the guy and take the girl.)

FAIR WARNING:  yours will still probably be inadequate to this kid:

But at least you can try.  Just hope you don't go to a party that Holder is actually at, in which case your costume just got super lame, bro.

This has been a hot topic of discussion on campus this week, and I can't really think of a more topical costume than this. Now, what do you actually do to dress as this, you ask? I'd probably go black hoodie, hood up, and write "the shinsassin" across the front. This one is cheap, and may get you a few laughs, although if you run into a few guys who've had a few, it may also get you beat up.

A group that burst onto the local rap scene during MSU's magical run last spring, the Bench Mobb is another solid go-to if you're looking to stay local with your costume. Again though -- as was the case with the Holder getup -- you might want to make sure you aren't attending the same party as the actual Bench Mobb. Because they will always rock it better than you, and they will dominate you in any spontaneous rap battle that breaks out. Pow pow, bang bang. 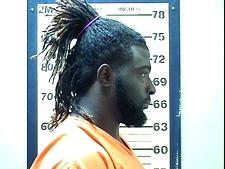 Black shirt and black pants to serve as a blank background, and just print this photograph out and paste it to the front of your shirt.  But that's super lazy and not really that good of an idea.  Oh really?  Try walking into a bar tonight with that image printed on a shirt.  Women will fear you -- in an oh man, he's so powerful kind of way -- and men will fear you in a hey maybe we should leave guys I don't want to be here anymore that man is scary kind of way.  Also, if you're reading this chances are that you may still be in college, where last second and lazy are king (or should be).

This was at one time a very popular costume in Starkville, but it's popularity has since waned quite a bit. I think you could still pull this one off, but you may want to be more careful wearing it out tonight than you may have had to be back in 2010 or 2011. If you want to assure no one will harass you, just assure them that you definitely beat South Carolina Saturday.

Just no. This one was a bad idea even when Croom was in Starkville (STOP trying to do blackface, guys), but it's an even more awful idea now. Besides, this costume has been known to cause you to punt when you're dancing with a girl. It's a required homage to the persona, and before you get back, a guy dressed as Houston Nutt would have taken your dance partner.