Mississippi State will play arguably the biggest game in the history of Davis Wade Stadium on Saturday against 6th ranked Texas A&M. We've collected stats and various information to determine the Bulldogs chances of coming out on top. Hint: You should probably duck because this is going to be a shootout.

Saturday is a BIG day for college football in the state of Mississippi. No, not because that school up north is inexplicably ranked 11th and is getting College Gameday for their game against the Gumps (what a sham) but because the Bulldogs are embarking on what could be the best start in program history. With a victory over Texas A&M (ranked 6th in the AP poll and 7th in the Coaches Poll), State could gain a top 10 ranking for the first time since 1999. MSU is 0-2 against Texas A&M since the Aggies joined the SEC but let's begin by reliving the last time Mississippi State beat Texas A&M, the 2000 Snow Bowl:

It was an instant classic and I wouldn't be surprised if we see something equally exciting on Saturday. Let's take a closer look at the Aggies.

Texas A&M leads the all time series 4-3 with the last two games being dominated by a young man playing quarterback for the Aggies with the last name Football. MSU's largest margin of victory came with a 7-0 win in 1915, while A&M's biggest victory came three years prior with a 41-7 win in 1912. The two teams have met at a neutral site five out the seven meetings. Texas A&M won the last two meetings by an average margin of 17.5 points, but with Johnny Manziel gone and Dak Attack in full swing, I would anticipate this number shrinking significantly.

Texas A&M scores a lot of points and seemingly their defense doesn't allow many points to be scored either. I honestly don't know who Lamar is (Lamar Odom? Kendrick Lamar? Who knows?), SMU may be the worst FBS team in America, and Rice is a decent team but when it has really mattered for the Aggies this season, against South Carolina and Arkansas, they've risen to the occasion. 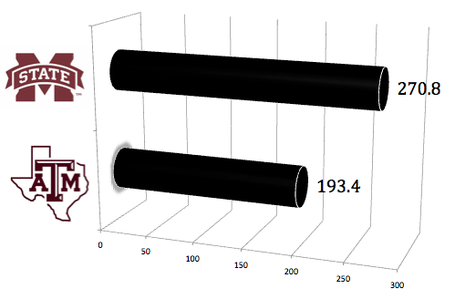 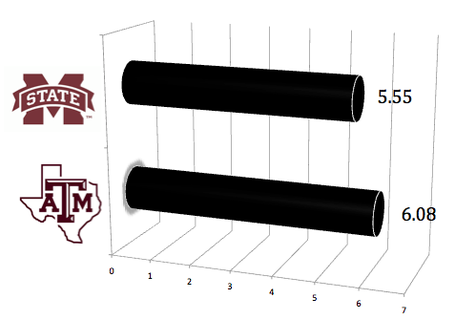 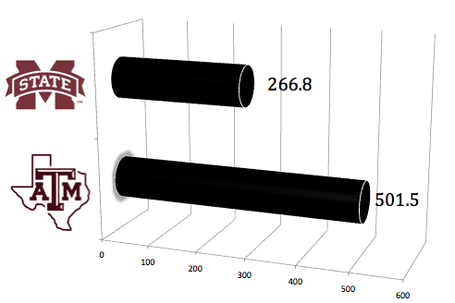 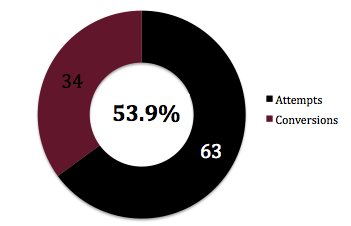 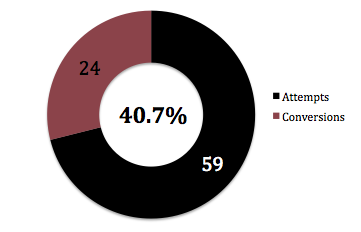 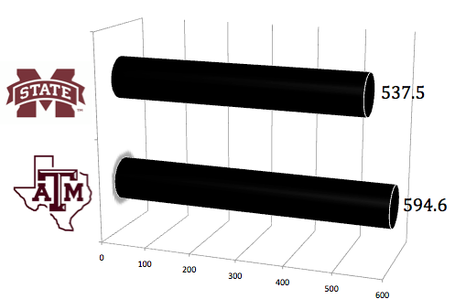 The Aggies have a very productive, very efficient offense. Easily the thing that jumps out the most from these stats is the enormous amount of passing yards the Aggies are averaging in every game. Their run game is nothing to balk at either, averaging just under 200 yards per game but their pass attack has been truly staggering. This being said, A&M's offense was stunted for much of Saturday's game against Arkansas. I would hope MSU took some notes on what the Razorbacks did to slow down the Kenny Hill attack. And no, I will not call him Kenny Trill because, let's all be honest here, that's a dumb nickname.

While it looks like State and A&M may be evenly matched in terms of total offensive production, State's offense was ON FIRE in Baton Rouge and completely destroyed LSU's defense. We all saw it and it was unbelievable. LSU's defense is arguably more talented than the defense the Aggies will be putting on the field and I'm certain that Dak Prescott and company will be able to score in this game. But will they be able to score enough?

This will be a battle of quarterbacks. Kenny Hill is fourth nationally in total quarterback rating at 89.8 and Dak Prescott is ninth at 86.7. Hill averages 20.4 points per game responsible for while Dak is generating an average of 22.5 points per game. Dak is passing for 267 yards and running for 95 yards per game and Hill is averaging 349 yards through the air and 27 yards on the ground in every game. Can Dak best the rookie phenom and send the Ags back to College Station with a loss? 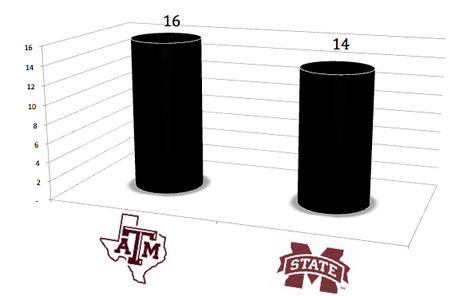 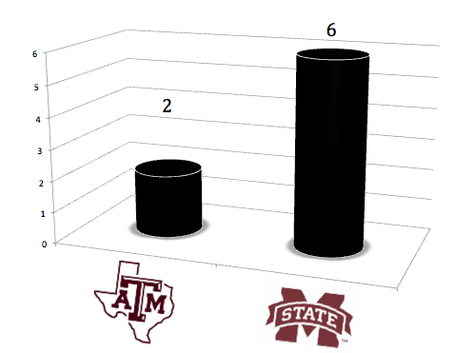 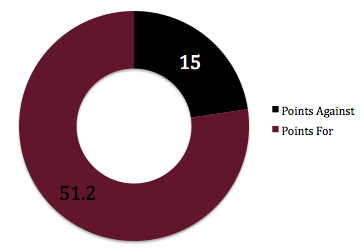 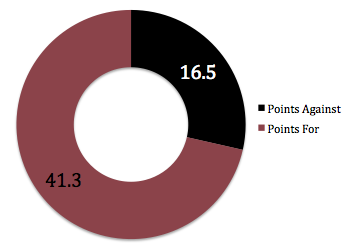 No one is talking about Texas A&M's defense because their offense is so talented but the Aggie's D has improved immensely since last season. TAMU hemmoraged 32.2 points per game in 2013 and through five games their opponents are averaging only 15 points per four quarters. The Aggies are also second in the SEC in number of sacks. (MSU is third). TAMU is sixth in the SEC in pass defense (MSU is, umm, fourteenth. Ugh.) Because of this ineptitude in the secondary, it will be required of State to get to the quarterback in their pass rush, force Kenny Hill into uncomfortable situations, and bring him down in the backfield. If they're not able to do this, Hill will be able to throw big passes all over State's defense.

Here's the stat that I think will be the key for State: Texas A&M is allowing 156.8 yards rushing per game. (tenth in the SEC)

The Bulldogs ran for 302 yards two weeks ago against a team that came into the game allowing 111 rushing yards in game up to that point. If Josh Robinson can continue his huge year on ground and Dak Prescott can produce more dual threat heroics, State should be able to outlast the Aggies in a shootout situation.

And that's exactly what it looks like this game will be, a shootout. Both of these offenses are more than capable of putting up lots of points and both defenses have weaknesses in the areas where the opposing offense has strengths. I would expect a big over/under for this game and frankly, whoever is holding the ball last will win.