Today's game is only an exhibition against William Carey but many fans are looking for a first impression of MSU. 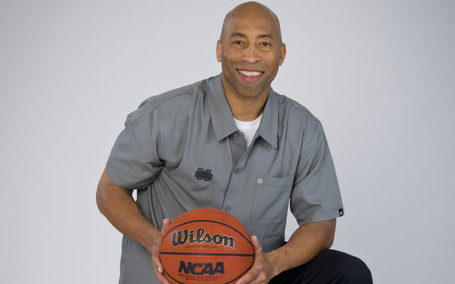 The 2011-2012 Mississippi State basketball bad dream season ended with a disappointing, yet not surprising, loss to UMass in the 1st Round of the 2012 NIT March 12th. Since then, questions have remained without answers.

A few answers will be supplied as a new revamped MSU takes on the Crusaders this afternoon.

MSU will host the William Carey Crusaders from Hattiesburg at Humphrey Coliseum at 4 p.m.. HailStateTV will air the exhibition with the talented Jim Ellis and Bart Gregory providing insight throughout the game. This is the first ever meeting of both teams in program history.

MSU is entering their 101st season of basketball. They have won 26 exhibition games of the last 28. Last season, MSU won both of its exhibition games; Florida Tech, 97-63, and Pikesville, 94-70. First year coaches tend to do well in Bulldog debuts. Since 1947, eight of the nine first-year coaches have won their first game with MSU. The only coach that failed to win a debut was Joe Dan Gold in 1965 when he lost to Northeast Louisiana, 87-72, in OT.

Speaking of coaches, obviously Rick Ray is a first-year coach at MSU and first-year head coach after assisting at Clemson. William Carey's head coach, Steve Knight, is a Southern Mississippi graduate who has spent his entire coaching career with the Crusaders. His 30-year record is 537-424 and includes lots of experience with basketball that may be positive for the Crusaders if put in pivotal situations today.

Be sure to keep up with MSU basketball by following @mstateMBK or @msuhoopsgregg on Twitter.