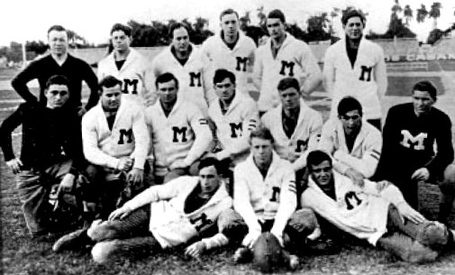 As the football season approaches, let’s look back at Mississippi State’s first post-season game. On January 1, 1912, Mississippi A & M, as the school was known at the time, defeated the Club Atlético de Cuba (CAC) by a score of 11 to 0 in Havana, Cuba. This victory capped the most successful two-year stretch in the coaching career of William Dean Chadwick.

An Ohio native and graduate of Marietta College, W. D. Chadwick coached the Mississippi A & M football team from 1909 to 1913. Over those five seasons, the Bulldogs had a record of 29-12-2. Beyond the gridiron, Chadwick served as athletic director from 1909 to 1930, where he worked on improving athletic facilities such as building baseball and football fields, tennis courts, and constructing the school’s first gymnasium. Chadwick also taught physical education and, at times, coached baseball and basketball.

During the 1910 season, the Mississippi A & M varsity compiled a 7-2 record and outscored their opponents 219 to 36. In the December 1910 edition of the monthly student newsletter, the Reflector, an editorial piece celebrated the football season: "This issue of the magazine is dedicated to the god of football, to the ‘Bulldogs’ of 1910. We can safely say that our football team this session excels any team we have ever had. The team deserves honor. We have in a few years raised our heads from the lowest ranks in the SIAA to be numbered with the highest. Coach Chadwick has developed a battling machine almost to irresistible perfection, and we hope fortune will bring him back to us next session" (William W. Sorrels, The Maroon Bulldogs: Mississippi State Football. Huntsville, AL: Strode Publishers, 1975, 64). The writer clearly credits Chadwick for the football team’s changing fortune.

While coaching was a large factor, much of the success during the 1910 and 1911 seasons can be attributed to the outstanding performance of two players, W. J. (Blondy) Williams at quarterback and halfback and Morley (Topsy) Jennings at halfback. Before coming to Starkville, Chadwick coached at Albion College in Michigan. Williams followed Chadwick to Mississippi A & M in 1909 and Jennings joined the team in 1910. The Michiganders gave Chadwick experienced athletes at key positions and helped their coach improve the play of their teammates. While the inclusion of football players from other states and of questionable eligibility seems odd now, it was a common practice for players to move from team to team because eligibility rules at the time were more malleable than they are now.

Led by Williams and Jennings, the Mississippi A & M football team repeated the success of 1910 in 1911. During the 1911 season, the Bulldogs compiled a total record of 7-2-1 and outscored their opponents 206 to 28. In the regular season, they triumphed in six games, including wins over: Mississippi College, Southwestern Presbyterian (Rhodes), Howard College (Samford), Birmingham College (Birmingham Southern), LSU in a brutal game in Gulfport, and Ole Miss on a third quarter fumble recovery for a touchdown in Jackson. The team’s performance brought international attention and the CAC invited them to play an exhibition game in Havana on New Year’s Day 1912.

After accepting the invitation, tragedy struck the Mississippi A & M team. On December 17, the starting right end Levi Gaston Bass died from meningitis that he developed as a result of an injury he incurred during the Birmingham College game. The head coach held a team meeting to decide the fate of the Cuba trip and the team voted to honor their departed teammate by playing the game. Chadwick placed assistant coach Billy Hayes in charge of the team and opted to stay in Mississippi for Bass’s funeral instead of traveling to Cuba. 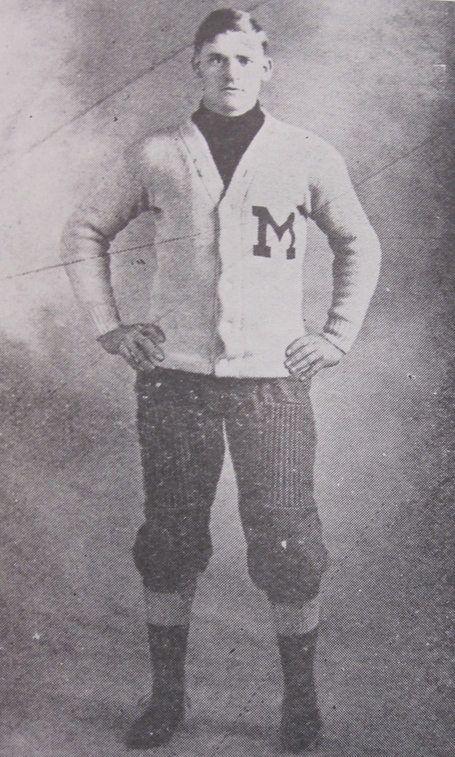 The Bulldogs’ trip was the fourth time a football team from a U.S. college traveled to Havana to play a Cuban team and the first since the CAC defeated Tulane in 1910. According to a December 31 report from Diario de la Marina, the "Tigres" appeared confident that they would continue their success against North American competition. Their guests had other ideas. Behind the outstanding quarterback play of Williams, Mississippi A & M used forward and lateral passes to control the game on their way to a two touchdown win. The post-game coverage in Diario de la Marina contended that Williams played better than LSU’s G. E. "Doc" Fenton in 1907. 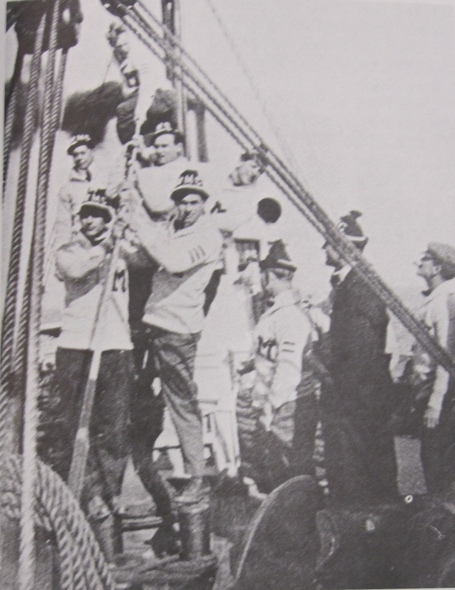 Photo of the team as they depart Tampa for Havana. The Maroon Bulldogs, p. 69. (via assets.sbnation.com)

While Chadwick did not coach the Bulldogs in their first post-season game, his leadership as head coach and athletic director elevated the Mississippi A & M program in southern football, which led to the team's victory in Cuba.