The stock watch is a bit late this week due to UK being on a Thursday instead of a Saturday, but still, let's take a quick look at whose stock is going up and whose is falling.

Jameon Lewis -- I mean seriously, what a year this has been for Jameon.  Up until this season all we had from #4 were flashes of talent and speed, mixed in with heavy doses of drops and letdown.  However, in an offense sans Chad Bumphis, Jameon has flourished this season, already racking up 446 receiving yards (leads team, 4 TDs as well), 3 TDs rushing, as well as another two PASSING.  Lewis has two games on the season already where he ran, threw, and caught a touchdown pass.  Not only is it the big plays though, but Lewis has become the steady, reliable force in this offense that you know is going to catch the ball when you need him to.  Could Lewis surpass Bumphis, the man who was in his position before him, before his time is out at State?  It may still be early for that yet.  But one thing is for sure -- Jameon has done well seizing the opportunity given to him as the primary slot option in the MSU offense this year.  That rang true again last Thursday night, as Jameon's final line looked like this: 22 yds rushing, 1 TD | 1-for-1 passing, 17 yds, 1 TD | 7 catches, 53 yds, 1 TD

Jersey Spelling -- Hey, this happens, but that doesn't mean we still can't go "c'mon, man!".  Also, I never see something like this and not thing of this old Snickers commercial. 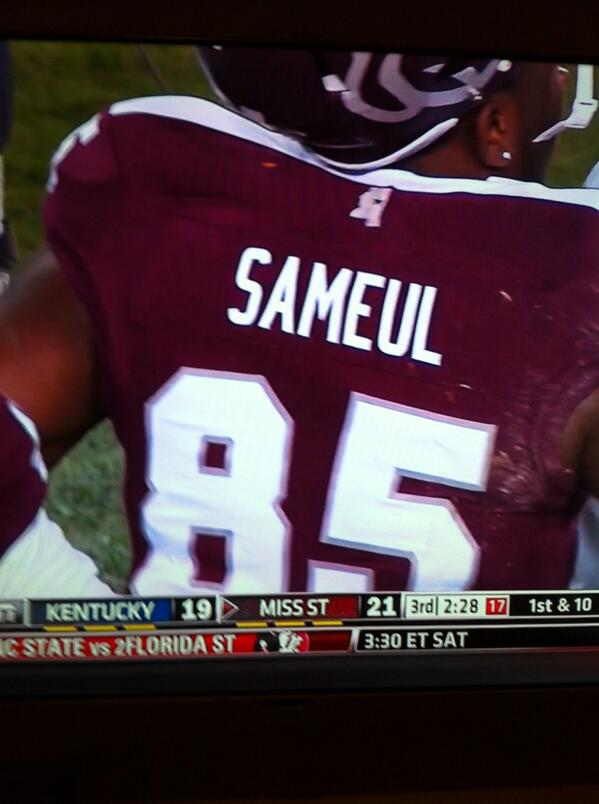